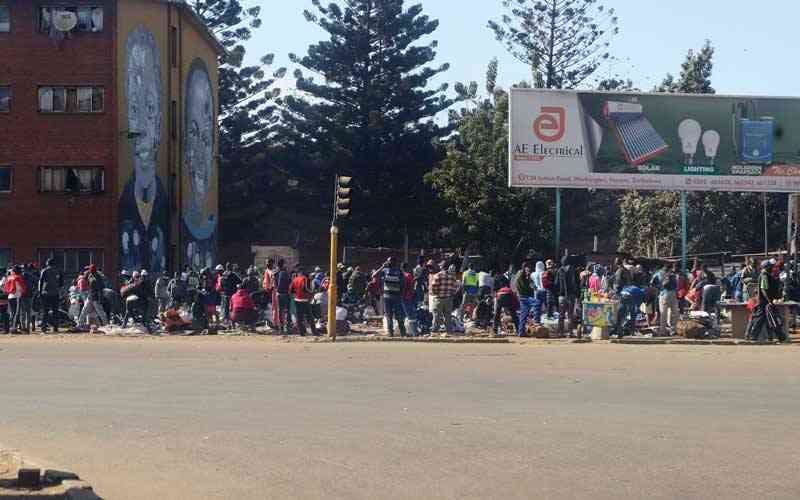 THE Combined Harare Residents Association (CHRA) has petitioned Parliament over unhealthy living conditions of families in Mbare after fire gutted down Matapi Flats five years ago.

In 2017, a section of Matapi Flats was destroyed by fire, leaving 14 families homeless and exposed to serious health risks.

In a petition dated October 3 addressed to Parliament, CHRA said these families have been temporarily housed in a disused beerhall, where they have been living for almost five years.

They said women and children were exposed to diseases such as cholera and typhoid at the disused beerhall, which does not have running water and adequate sanitation facilities.

“We are worried that the local authority has not been responsive on the matter and does not give it the urgency it deserves. Moreover, there have not been efforts to repair the damaged Block 5 of Matapi, Mbare Flats,” CHRA said.

“The conditions these families are living in are not suitable and conducive for humans as they make them vulnerable, which becomes a violation of human dignity and the right to privacy, and can thereby promote and escalate indecent behaviour.

“The petitioners beseech the Parliament of Zimbabwe to call upon the City of Harare to explain the rationale behind delays in provision of alternative decent accommodation to the 14 families.”

They also want the council to come up with temporary measures to protect children and women against violence, abuse and diseases as the environment they are currently living in has exposed them to such conditions.

“There is need to uphold the provisions of the Constitution through taking reasonable legislative measures to provide access to decent accommodation or shelter to these families.”

The residents recommended that council should prioritise allocation of residential stands to the affected families.