Dynamos back to winning ways 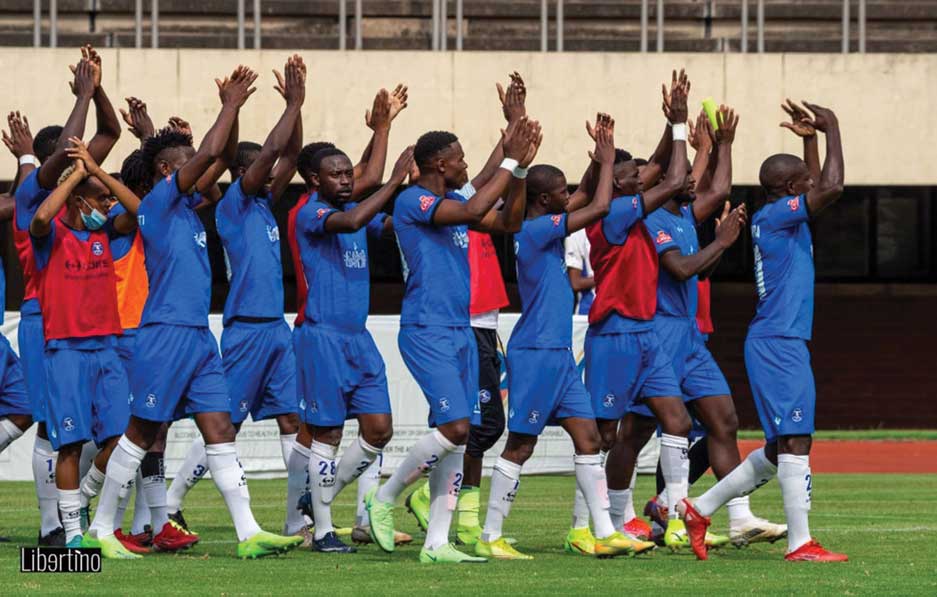 Dynamos extended their lead barely seven minutes later when Tinotenda Muringani shrugged off a challenge from two Chicken Inn defenders and was brought down just outside the box in the process and Chivandire gave a free kick.

After dominating the first half without reward, Dynamos took the lead two minutes into the second half through a penalty by Frank Makarati after striker Alen Orot omal was brought down inside the box and referee of the day Martin Chivandire did not hesitate to point to the spot.

Dynamos extended their lead barely seven minutes later when Tinotenda Muringani shrugged off a challenge from two Chicken Inn defenders and was brought down just outside the box in the process and Chivandire gave a free kick.

Trevor Mavhunga’s effort deflected off the wall and from the rebound, an alert Junior Makunike easily beat goalkeeper Pride Zendera to make it two for the visitors. Two minutes after Emmanuel Paga, who had replaced injured Orotomal, beat the offside trap and calmly finished in the 64th minute to make it three for Dynamos.

It was Dynamos’ second win against Chicken Inn in a decade at Barbourfields. More importantly, the result took DeMbare within two points of the second-placed GameCocks much to the delight of their coach Tonderai Ndiraya, who had been under intense pressure ahead of the match.

“I thought we were solid in the first half. Chicken Inn are a good side with good players. We came here to contain their strength in the first half. I am happy the penalty shot really took the pressure off the team. Coming here was difficult mentally. We have had difficult games here but we had the belief,” Ndiraya said.

Chicken Inn gaffer Joey Antipas admitted he lost the game to a better side.

“We thoroughly deserved it.

“There was no creativity on our part. It was just a terrible day for us. We deserved the beating. The performance, on the whole, was poor,” Antipas said.

Dynamos were the much better side from the onset and dominated the opening half, attacking the hosts left right and centre, but could not convert their chances into goals.

It began with a dull first 20 minutes until Dynamos got their first chance in the 25th minute when they got a free kick just outside the penalty box on the right after Muringai was brought down.

Godknows Murwira took it but Trevor Mavhunga’s header sailed over the crossbar.

Chicken Inn made a counterattack from the resultant goal kick and got a corner kick in the 28th minute taken by Xolani Ndlovu but Itai Mabunu watched his header go wide.

DeMbare then were all over the GameCocks and got another clear opportunity in the 31st minute after goalkeeper Pride Zendera failed to cut in a Murwira cross from the left but Keith Murera’s header missed the target.

In the 34th minute, it was Junior Makunike with a chance after several exchanges from Dynamos but he shot over the bar from the edge of the box.

As Dynamos mounted pressure on the hosts, Zendera was shown the red card for a second bookable offence in the 35th minute for time wasting.

On the stroke of halftime, Chicken Inn could have scored but Brian Muza’s effort was brilliantly saved by goalkeeper Taimon Mvula and on the rebound Passmore Bernard shot wide with Mvula off his line.