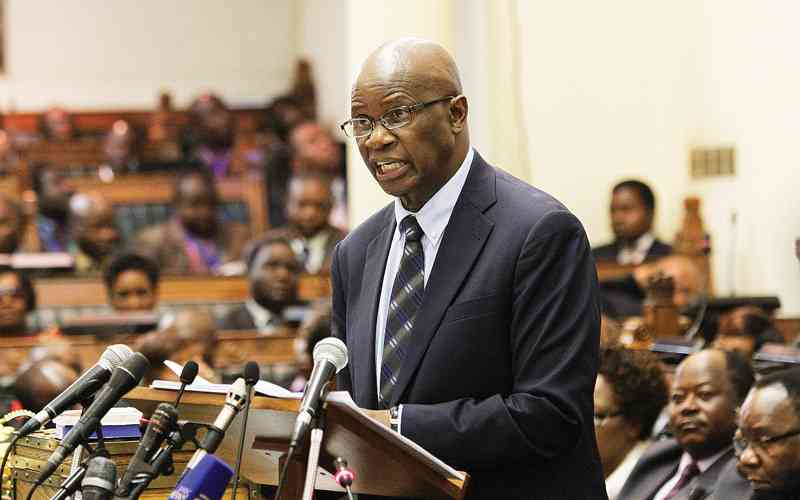 WE, the Zimbabwe Diaspora Vote Initiative, a group of Zimbabweans living in the diaspora, are pleased the Commonwealth assessment mission is in Zimbabwe to assess progress made by Zimbabwe following an application submitted by the government to be re-admitted into the Commonwealth in 2018.

We understand the delegation will also review legislative reforms which the government has implemented under the Second Republic.

In that regard, we would like to bring it to your attention that the responsible authorities in Zimbabwe have not taken the necessary steps to implement the diaspora vote, which President Emmerson Mnangagwa committed to when he addressed Zimbabweans on the sidelines of the United Nations General Assembly in 2018.

We wrote to Mnangagwa reminding him of his 2018 commitment, and asked what progress had been made to implement the diaspora vote, requesting to know the challenges, if any, had been faced in fulfilling the commitment, offering to help if we could.

After our letter to Mnangagwa,  there were media reports contradicting his commitment to implementing the diaspora vote. Justice minister Ziyambi Ziyambi told Parliament that there would be no diaspora vote. Zanu PF finance secretary Patrick Chinamasa said diaspora vote would only take place after sanctions imposed on Zimbabwe had been removed. It should be noted that it is not the Zimbabweans living in the diaspora who have caused sanctions to be imposed on some individual and institutuins, so sanctions should not be used as an excuse to deny us our right to vote.

After failing to get a response to our letter of April 15 2022 from the President, we petitioned the Parliament of Zimbabwe on September 8 2022, praying for Parliament to make legislative and/or constitutional amendments to enable us to vote. There has been no response to this petition.

The contradictions that have come out from some sections of the ruling party indicate a deliberate perpetuated attempt to violate our right to vote.

Parliament has not moved to take the necessary steps to ensure the diaspora vote is implemented in 2023 as per Mnangagwa’s expressed commitment.

In our view, it is not necessary to amend the Constitution to allow the diaspora vote, because item 1(2) of the fourth schedule of the Constitution specifically states that the electoral law may prescribe additional residential requirements to ensure that voters are registered on the most appropriate voters roll, but any such requirements must be consistent with this Constitution, in particular with section 67. That part of the Electoral Act can be amended to enable polling stations to be created in the country of residency of diaspora voters.

We understand and believe in the Commonwealth Charter which recognises “the inalienable right of individuals to participate in democratic processes, in particular through free and fair elections in shaping the society in which they live”, and, therefore, we humbly and kindly remind Mnangagwa  of the unfulfilled promise to implement the diaspora vote by 2023. -Rosewiter Mangiroza,Zimbabwe Diaspora Vote Initiative chairperson

Vending must be formalised, taxed

A LOT of revenue must be raised through taxation of informal traders. These people are causing a lot of havoc in the economy. Surely, how can someone not be paying anything into the national purse and left to increase prices of goods willy-nilly?

These so-called informal traders who do not even have a hawker’s licence are increasing prices of goods in a manner akin to economic sabotage, causing instability in the country.

These people must be arrested or made to pay more than formal traders because they are profiteering in a usurious manner.

I think another Operation Murambatsvina is now very necessary targeting only tuckshop owners, especially in areas such as Chitungwiza and Epworth.

I think the people operating shops in these places are being funded to do what they are doing. They must be made to contribute to the Treasury. Developing our country needs every citizen playing their part by paying tax.-Vimbai Tarirai

How long shall we wait for promises?

PRESIDENT Emmerson Mnangagwa made many promises since he entered office in November 2017. He was greeted with all the confidence that the Zimbabweans could give as citizens viewed him as a messiah.

There was euphoria countrywide. The new dispensation promised to solve the cash and unemployment crises, increase production capacity in the industrial sector, joining the international community of nations and allowing the diaspora vote, among other things.

Almost five years later, the situation is now even worse than under the old dispensation. Mnangagwa’s initial 100 days in office yielded nothing. We were told of financial support from all directions; east, west, north and south. The biggest financiers were said to be China and Britain. These countries were said to have warmed up to the new dispensation.

Indeed, we saw screaming headlines in the State-controlled media and we had no reason to be pessimistic. The administration is now running out of time. The promises are fast losing steam. Even the most loyal supporters are now finding it very difficult to defend the new dispensation.

The country is in the hyperinflation league, the lowest groove that no country would ever wish to be a part of.

The authorities, as usual, might deny the spell of hyperinflation, but they cannot tamper with economics. The truth will eventually come to the fore. What has happened to the big figures we were told not so long ago? What happened to the billions of dollars from China? For how long should we wait for the promises to be delivered? People don’t feed on promises, but they need deliverables.

Politicians may lie as much as they like, but investors are so shrewd that they cannot be hoodwinked by piece-meal reforms.-Sharai Razvo