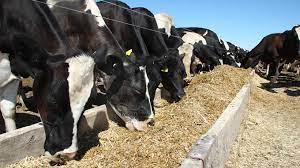 Growth in the stockfeed industry was driven by the impressive recovery of the domestic poultry and pork breeding sector, the report indicated.

In 2021, stockfeed output from SMA members accounted for 68% of the national market.

“For the stockfeed manufacturing, maize and soybeans continue to be the major raw materials accounting for 73% and 80% of tonnage raw materials. In 2021, the stockfeed industry utilised a total of 187 000 MT of soybean and soymeal, almost all of which was imported at a cost of US$81 million or US$458 per MT,” the report reads in part.

For the rest of the year, the Grain Marketing Board (GMB) was able to satisfy monthly commercial demand for maize from the stockfeed and livestock industry.

“Despite some supply chain logistics challenges and bureaucratic cost of submitting monthly stock reconciliations before GMB approval of new sales orders from established regular customers, the stability of maize supplies from GMB at subsidised prices provided a much needed economic stimulus which enabled the stockfeed industry to post very impressive growth in 2021,” the report reads.

During the same period, the domestic currency depreciated progressively from ZW$85 in April to ZW$106 in December 2021 at the official weekly forex auction market.

The parallel market exchange rate rose from ZW$130 to ZW$200 over the same period.

“To restore regional competitiveness of livestock proteins, Zimbabwe has to increase average maize yield per hectare and reduce average cost per tonne to regional parity.”

“The strict enforcement of Statutory Instrument 145 of 2019 effectively granted GMB a monopoly in buying and selling maize from uncontracted farmers resulting in the unintended escalation of the cost of maize due to the double transportation problem undermining marketing efficiency.”

The association said the stockfeed industry hopes that the Agriculture ministry will revisit the matter in line with Pillar 5 of National Agricultural Transformation Strategy which anticipated the potential conflict between strategic grain reserves goals and marketing efficiency considerations of the private sector.