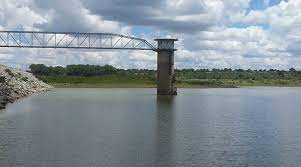 SILTATION at one of Bulawayo’s water sources, Umzingwane Catchment area is said to be extreme, adding to water problems in the country’s second largest city. This has been caused by rampant gold panning activities.

Bulawayo's six supply dams are Inyankuni, Insiza, Lower Ncema, Upper Ncema, Mtshabezi and Umzingwane, which has since been decommissioned due to low water levels.

Latest council minutes showed that councillors were concerned over an upsurge in cases of gold panning near the city’s supply dams.

“Councillor Rodney Jele observed that there are a lot of illegal mining activities along the rivers that pour water into the city's supply dams, as such it will be prudent for council to control these activities. One way of controlling is to advertise for expression of interest,” the minutes read.

Councillors Lillian Mlilo and Mlandu Ncube suggested controlling of mining and rehabilitation of the environment.

“The current situation if not controlled will worsen the current water delivery situation. A lot of raw water is lost to mining pits along the supply rivers.”

“Umzingwane River is the most affected. There are a lot of mining pits and heaps of sand along the riverbed.

“Councillor Felix Mhaka’s view was that most of the supply dams had a lot of silt resulting from washed away soils from illegal mining activities. He supported controlled mining along the riverbanks and riverbeds.”

Councillors said legal and illegal mining activities must not be allowed anywhere near water sources and that security must be beefed up to ensure processing of ore using dangerous chemicals does not contaminate water sources.

“The city is currently battling global warming, which has affected rainfall patterns,” the minutes read.

Mayor Solomon Mguni said an environmental assessment exercise would be done to establish if controlled legal mining would be prudent.

Meanwhile, Bulilima villagers in Matabeleland South are complaining about water shortages in the area.

Non-governmental organisations like the Food and Agriculture Organisation (FAO), Unicef and Sustainable Agriculture Technology under the Enhanced Resilience for Vulnerable Households in Zimbabwe had to intervervene and drill boreholes.

“It is a dire situation, in Vulumula, the only borehole has dried up,” villager Nosizi Ndlovu said.

“The Silima Piped Water Scheme development is in progress. A 4km network has been done in preparation for the laying of the pipes and installation of tanks, a solar system and pumping units,” he said.

The scheme has supported over 43 000 farmers in six districts, Bulilima, Mangwe,Insiza, Matobo, Gwanda and Beitbridge in Matabeleland South province.