Zanu PF knives out for Wadyajena 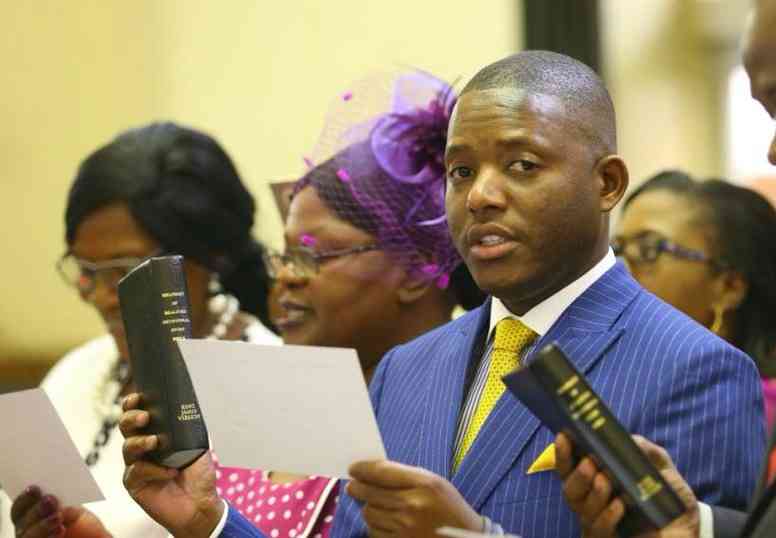 SENIOR Zanu PF officials in the Midlands province are reportedly baying for Gokwe-Nembudziya legislator Justice Mayor Wadyajena’s blood and are seeking his expulsion from the ruling party for his alleged involvement in the US$5,8 million fraud and money-laundering cases.

NewsDay, however, understands that President Emmerson Mnangagwa is allegedly protecting his long-time ally, saying the party can only expel Wadyajena after the court has concluded the case.

Wadyajena and three Cotton Company of Zimbabwe officials, currently on $100 000 bail each, were dragged to court to answer to charges of fraud and money laundering involving over US$5 million.

The case has reportedly prompted spirited efforts by senior Zanu PF officials in Mnangagwa’s Midlands home province to expel Wadyajena from the party for bringing the ruling party’s name into disrepute.

“The trio were unequivocal about their demands. They cited Priscah Mupfumira, who was fired in Mashonaland West for the same allegations,” the source said.

Former Tourism minister Mupfumira was expelled from the party after spending 21 days in remand prison after being arrested over corruption charges.

After incessant pressure from senior leaders, it is alleged Mavima consulted a senior politburo member in the province, Jorum Gumbo, who advised him to seek clearance from Mnangagwa.

“If they want to leave the party, they can. Wadyajena is not going anywhere. How do you expel someone based on allegations? We will only act after court processes if there is a conviction and an appeal is lodged and he loses,” Mnangagwa is said to have told Mavima.

Mnangagwa’s stance, largely seen to be an act of protecting Wadyajena, is said to have irked the senior party members, who have been accused of recently fighting to ensure the Gokwe-Nembudziya legislator falls out with their party leader.

The move also comes amid growing divisions in the party ahead of the 2023 elections as members jostle for positions and influence, often pitting Mnangagwa against other senior members.

Highly-placed sources said Wadyajena had stopped enjoying “unrestricted” access to Mnangagwa for a while before his arrest.

When contacted for comment, Mavhima professed ignorance over the issue.

“I am sick and tired of people who want to cause divisions in the party. There are some people who do not want unity in the party. They just want verbal exchanges serving their own interest. We are not going to be fighting, we are all united behind President Emmerson Mnangagwa,” he said.

“Zanu PF is an organised party and it follows due processes. I cannot just pick up the phone and instruct a senior member like Mavima to expel someone. If there are issues, a disciplinary hearing will be conducted,” he said.

Contacted for comment, Gumbo said: “I met Mavima during the weekend at a party meeting in the Midlands. I did not speak to him about that issue and none of the people you mentioned spoke to me about that issue. I want to emphasise that I did not meet Mavima privately during or after the meeting in Midlands.”

Efforts to get a comment from Moyo and Mumbengegwi were fruitless as their phones were not being answered.

Mnangagwa’s spokesperson George Charamba could also not be reached for comment.