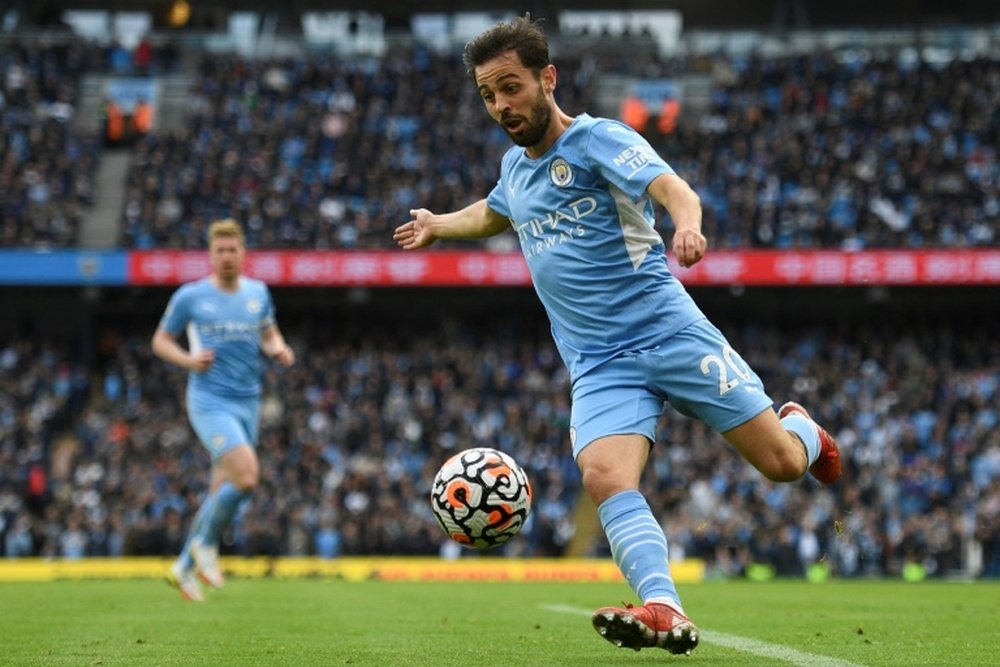 But his possible arrival is no more than a dream at the moment, as Barcelona do not have the money to make any signings and are waiting for the now famous financial levers to be activated.

Bernardo Silva is one of the targets Barcelona have on their agenda to reinforce the team ahead of next season.

He was one of the names that came up whenever the Catalans sat down to talk with Jorge Mendes.

But his possible arrival is no more than a dream at the moment, as Barcelona do not have the money to make any signings and are waiting for the now famous financial levers to be activated.

The deal seems impossible from the outset because the Portuguese is a player that Pep Guardiola likes very much.

“If they want him, it will be difficult,” said Guardiola in Mallorca a few days ago.

And it will be very difficult to imagine Bernardo leaving, because he would have to force his way out as Manchester City do not want to sell.

The starting price to open discussions would be ₣100 million (US$107 million), an amount that the Catalan club cannot reach. Not even by bringing in money.

It should not be forgotten that the club is subject to the 1/4 or 1/3 rule, which means that in order to spend one euro it must first have earned four or three.

At a price of ₣100 million, the annual amortisation of Silva could be around ₣40 million (US$43 million), so he would have had to generate around ₣160 million (US$171 million) beforehand.

And that’s if they put him ahead of Robert Lewandowski in their list of priorities, which won’t happen.

For all these reasons, Barcelona have not made any move for the Portuguese star. They had dinner with Mendes last Wednesday, but the conclusion reached was that, at the moment, no investment can be made because there is no money.

In order for Bernardo Silva to arrive, the club would have to have secured the necessary financing. And, in addition, the sale of Frenkie de Jong would have to be completed, something that the club are is working on. They already have an offer on the table of ₣60 million (US$64 million) fixed that has ₣20 million (US$21 million) in variables. — Marca.