Letter from America: US mid-term elections 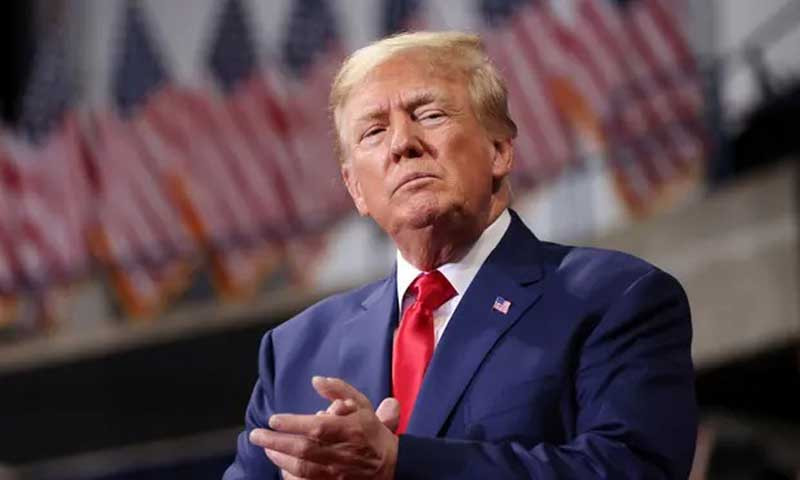 In this mid-term election, Americans are claiming victories for going where no man dared to go before.

A 25-year-old kid in Florida, riding all over his constituency on a bike and calling himself a community organiser (a title Barak Obama once held) challenged a veteran 75-year US Army veteran from the feared Green Beret outfit and not only won handsomely, but lived to tell the tale.

He will be the youngest Congressman, ever.

In Massachusetts, in your face, Democrat Lesbian and gay rights fighter, Maura Haley, fulfilled a long-time dream of the Lesbian and Gay Association to take the Governor’s chair by storm.

Come January 2023, the Massachusetts state house will be decorated in Rainbow colours for the inauguration party for the first gay-lesbian governor in the United States.

The great issues of the day are, however, waiting to be settled in the Lower House of Congress.

With all 435 seats up for re-election, and Democrats holding 220 (two seats majority) over Republicans, a loss of six seats would dethrone them. Republicans have chosen 34 battle-ground seats for hand-to-hand combat. In the end the Republicans will control 225 seats.

One great issue which will have escaped our readers is whether a Black American can remain authentic if he joins the Republican Party. Here are some juicy bits.

The dirtiest campaign in Georgia involved Republican Senate candidate Herschel Walker, a former football line-backer at Georgia State University before he went professional. Reverend Jamal Bryant, acting on behalf of a group of activist Democratic black pastors called Brother Herschel, a zombie, an Uncle Tom, a broken man who was always under the white man’s thumb, “what school to go to, where to live, where to eat, where to run and where to sit down.”

Walker, like Sister Green, was declared a white lackey and the world was told to take note. “Georgia, I need you to know the slave negroes you are used to don’t live here anymore. We think for ourselves, function for ourselves, and vote for ourselves.” (Pastor Jamal).

A black man who follows US President Joe Biden is not regarded as a stooge. A black who is a Republican is “de-blackened.”

Sister Green wanted to cry at the hypocricy.

Bryant and the Congressional Black Caucus committed what sociologists call the act of “shunning” or ostracisation. In fact, the very crime of thinking for themselves, allowing blacks to join a party of their choice, is not in their repertoire. They forget that Dr. Martin Luther King Sr, Frederick Douglas, and Booker T. Washington were Republicans who saw Abraham Lincoln as the great liberator.

The great issue is whether Democracy, as Democrats insist, will be damaged by Republican successes in Congress or whether Democratic intolerance of contrary opinion and the existence of renegades like Walker and Green is the real threat to democracy.

A side-issue of the election is the acceptance of a gay governor and a black governor as permanent features of American political landscape.

Another issue which has been resolved, in a way different from what Republicans expected, is the abortion issue. A complete ban on abortion was rejected in three state ballots. Republicans must therefore walk wearily on this issue.

At the time of writing Brother Walker was ahead of his opponent, necessitating a runoff in December.

In the great scheme of things, the greatest loser is Speaker Nancy Pelosi who will lose her position and at the age of 81 years old will retire.

They used Covid-19 to whip pharmaceutical companies into line. The whole purpose of this exercise was to make sure that no outsider like Donald Trump would ever threaten the establishment ever again. State organs like the Federal Bureau of Investigations, the Central Intelligence organs were whipped into compliance.

Peter Strozk (FBI) could write an email, assuring his girlfriend Lisa Page, that the FBI had an insurance policy that if Trump was elected, they would defenestrate him from the White House. Strozk and his collaborators are walking free, and Trump faces a threat of going to jail.

The issue of unequal justice and selective prosecution was for the last centuries a black problem. White Trumpkins came face to face with the issue during the last ten years. Trump associates have been hauled from their bedrooms in their undergarments and thrown into jail houses and sometimes held without bail.

To that extent, Pelosi will derive some satisfaction.

But nature has its checks and balances. Inflation, disgraceful inefficient withdrawal of US troops from Afghanistan and the heavy handedness employed in the state capture, produced a reaction which has seen Pelosi lose her majority in the lower house.

Except for a few renegade entities like Fox News and now Twitter, the established media are now seen for what they are, not news mongers but missionaries of the Democratic ideologies.

Trump will be happy when Pelosi says goodbye to the Speakership. But his victory is possibly pyrrhic. Trump is a drunken Irish Street brawler who joins every street fight he encounter before he knows what the fight was about. He is regarded even by his own as part of the problem. It may be time to pass on the Republican baton to a more thoughtful man who will pick up his fights and bide his time.