Gracetidings: Understanding the relationship between grace and truth 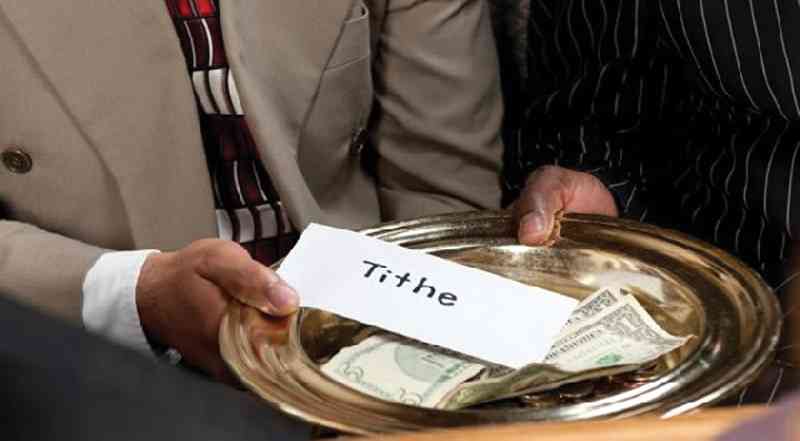 John 1: 11- 13, states that “He came to His own, and His own did not receive Him, But as many as received Him, to them He gave the right to become children of God, to those who believe in His name.”

According to verse 13 above, it is very clear that not everyone is a child of God but those “who received Him”.

Indeed, everybody came from God, but in the context of verse 13, you can only become a child of God after you have received Him.

In John 1:14, the Bible states that “And the Word became flesh and dwelt among us and we beheld His glory, the glory as of the only begotten of the Father, full of grace and truth.”

Here we see the importance of having the balance between grace and truth. Jesus never compromised the truth, and yet He was very gracious.

How sad that the Jesus we see in the Bible is not the one who is preached in most of our churches today.

According to Romans 8:29, as believers, we have been predestined to be conformed to the image of His Son (Jesus). God’s plan is for you and me to be like Jesus, to behave like Jesus. We will never look more like Jesus unless we are filled with grace and truth.

We have to be gracious, compassionate, kind and moral people if we are to be like Jesus.

In addition, we also have to be a people of truth, who speak the truth in love according to the Word of God.

We see Jesus praying in John 17:17 saying “Sanctify them with thy truth.”

God’s Word is the truth and that is what we need to speak without any fear or compromise.

Some of us compromise the truth because we don’t want to offend people who pay huge tithes in our churches. We should preach the undiluted Word of God as is.

This means that anyone who claims to honour Jesus while advocating other ways to God, to truth, or to life besides Jesus is a deceived or a deceiver.

When we are talking about God’s grace, we are referring to His immeasurable love, kindness and favour. He loves us the way we are, but He loves us too much to leave us where we are.

Grace is about the unconditional love for us demonstrated by Him sending His only Son to come and die for us sinners that whosoever would believe in Him, would not perish, but have everlasting life.

It is also His unmerited favour towards us, which has nothing to do with our acts or works. God’s grace is also demonstrated by His willingness to forgive us of our sins and His gift of salvation.

This grace has to be balanced by truth which is God’s Word and His kingdom principles. There are some things that are consistent with God’s principles. God has a moral code that never changes. His principles never change regardless of colour, gender or religion.

Furthermore, grace is God’s nature. In 1 John 4:8, we read that “God is love”. He is love personified. Everyone who loves is born of God and knows God. He who does not love does not know God for God is love.

If love is of God, it means love is not of my flesh, nor feelings or even personhood. If we are to be like Jesus, we have to be loving people.

We should be able to demonstrate that love of God that has been poured in our hearts by the Holy Spirit (Romans 5:5).

On the other hand, truth is God’s character. One of God’s character is His faithfulness. We see in Romans 4: 21 how Abraham discovered how faithful God was- “and being fully persuaded that what He had promised He was also able to perform”.

Notice that Abraham wasn’t just persuaded, he was fully persuaded. Many people have been persuaded that the promises of God are true, but they stop short of meditating on God’s Word until they become fully persuaded.

The same God who promises is the One who performs the promise. What an awesome God we serve. By virtue of His character there are things that God can’t do. God can’t lie. It is impossible for God to lie. He can’t break His Word. When He speaks, it is a covenant and He doesn’t change. God can’t sin. All this is part of the character of God or the truth about God which we should imitate.

God wants everybody to go to heaven. He has made a way to go to heaven, but you have to choose to go to heaven. He will not force you to go to heaven or to serve Him. While there is grace to save everybody, those who exercise faith in the grace of God, will be saved and those who reject Him will not see heaven. This is the truth. It doesn’t matter how nice you are as a person, as long as you don’t receive Him as your Saviour, you will go to hell. We do not have to compromise truth to be a people of grace.

Some of us in the body of Christ are telling people that everybody is going to heaven in the name of grace. The truth is that unless you accept Jesus Christ as your Saviour, you are headed for hell.

Our emphasis though is not just about hell, we should tell people about God’s love so they can accept Him willingly, not intimidate them to accept Him because of hell. Be that as it may we still need to tell the people the truth that in spite of God’s grace which is available to everyone, one has to accept Him as their Saviour if they are to avoid hell.

I have met people who know the truth, but have no grace and they are mean. I remember as a baby Christian at the university, there was a brother who would literally torment me. Every time I saw this guy, I would literally freeze.

He wanted to know what time I had prayed in the morning and how many chapters of the Bible I had read and would not take any excuses. Consequently, I ended hating being a Christian and felt imprisoned because of his legalistic behaviour.

There are people who are so legalistic to the exclusion of grace.

Some of these people can take one verse from the Bible and start hammering and condemning other people. These are the Pharisees of our day who are so self- righteous.

We have to interpret all truth in light of God’s grace. Stephen prayed for people who were stoning him for God to forgive them because they didn’t know what they were doing. This is grace.