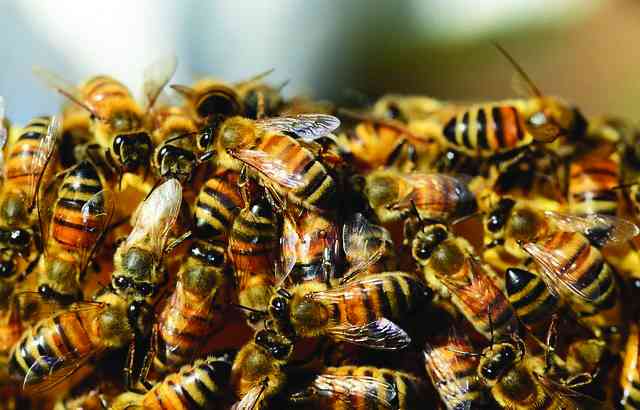 Sixty-year-old Edna Murisa is one of the 200 women fighting to preserve the forests around the outlying Hurungwe district in the northwest of Zimbabwe.

Located about 300km from the capital Harare, the Murisa homestead, made up of a three-bedroom house and a rondavel kitchen, is surrounded by thick forests of both exotic and indigenous trees such as munhondo, julbernardia globiflora and muvanga.

The forest, besides giving good shade to domestic animals, houses Murisa’s three hives while resisting the threats of tobacco farming.

Hurungwe district is one of the largest tobacco producing districts in Mashonaland West province.

And with tobacco farming comes deforestation. Statistics show that the production of tobacco devastates around 60 000 hectares of Zimbabwe´s forests per year.

Tobacco farmers use firewood to cure the tobacco and, for every kilogramme of tobacco, around 10kg of wood are required.

In Hurungwe, Mbire and Muzarabani districts, in Mashonaland East and Central provinces, more than 1200 people are working in beekeeping with the objective of reviving the forests.

This is part of the programme Strengthening Biodiversity and Ecosystems Management and Climate-Smart Landscapes in the Mid to Lower Zambezi Region of Zimbabwe, an initiative of the United Nations Development Program funded by the Global Environment Facility (GEF).

Overall, the purpose of the programme, started in 2018 and planned until 2024, is to mitigate development challenges associated with biodiversity loss, ecosystem degradation, and climate change consequences.

But, this is not the only beekeeping initiative in the area.

The Zimbabwe Apicultural Trust (ZAT) is also working with beekeepers in Hurungwe district targeting four wards and with an important presence of women.

“In Nyamakate (Ward 7) there are 427 beekeepers of which 200 are women”, says the ZAT Hurungwe field officer Promise Ziome.

The objective of this initiative is to intensify and commercialise beekeeping to improve the livelihood of the local population while ensuring their participation in sustainable activities.

Bees to preserve the forest

Ziome explains that beekeeping is now a catalyst in forest renewal.

One of the bees’ main contributions is pollination.

It is estimated that 80% of flowering plants depend more or less on insect pollination to be able to reproduce, and that half of the pollinators of tropical plants are bees.

The interdependency between flowering plants and bees are key for biodiversity and the stability of ecosystems.

In her study on the role of bees in forest livelihoods, Nicola Bradbear explains that ‘when enough bees are present in a forest, they provide a better pollination that leads to improved regeneration of trees and conservation of the forest’s biodiversity’.

In turn, trees are good for bees.

Bradbear argues that, given the choice, honeybees prefer to build their combs or nests high in trees instead of close to the ground.

Especially in places affected by bushfires in the dry season, to have a high nesting place is safer.

It is also assumed that when beekeeping is present, beekeepers become protectors of the forest and bees might scare off timber poachers.

For the same reason, some villagers might get stuck without access to firewood as was reported in Watsomba village.

That is not the only challenge. “Beekeepers are working well with other villagers to limit cutting down trees or starting veld fires”, Ziome says.

However, some of the villagers are starting veld fires affecting the beekeeping projects.

“We still face challenges with some villagers who fail to construct fireguards around these hives and it is problematic”, adds Ziome.

In some cases, beekeeping can also be perceived as damaging for forests if the activity is not performed with care.

Some studies show that beekeepers and honey hunters can damage the forest through the careless use of fire to create smoke during honey harvest, from the campfires when beekeepers camp in the forest, and because they kill trees to make beehives, as was reported in Zambia.

Other benefits brought by the bees

Beekeeping in Hurungwe has made a difference in the lives of beekeepers. By selling honey, some of them managed to get extra income, which allowed them to pay school fees for their children.

“Recently, they managed to harvest three and half tons of honey bringing over US$6000.00 in sales”, says Ziome. Others have used the income from honey to start new businesses.

“We have a group of farmers who have ventured into goat rearing projects after selling their honey”, explains Ziome.

In the Chipfuko area, one female beneficiary managed to buy a heifer as part of an ongoing project from honey proceedings.

“Beekeeping is making a difference in terms of financial security around communities.

“After selling honey, we get extra income for the family and it brings food security at homes”, says Rupata, a widow.

In addition, in the Nyamakate area, adjacent to national parks, beekeeping has worked as a protective wall from wild animals for villagers.

This is not minor, since wildlife damage to crops can drastically reduce the locals’ income.

“Communal farmers set up a bio-fence through the beehives acting as a buffer zone between humans and wild animals. These actions are controlling human and wildlife conflict and boost food security. Elephants have never been friendly with bees as they repel elephants.

This has helped some rural farmers in Nyamakate who had lost their maize and cotton from elephants since the early 1980s when they were settled here”, says Barnabas Mocho, a local village headman of Village 22.

Beekeeping projects also have an impact on the environment by promoting community-based land management and use.

According to Anna Brazier, an independent sustainable development consultant, there is a need to preserve nature by communities in general.

“Zimbabwe has fairly good natural resource management policies, but they are not well implemented,” Brazier said.

“There is very weak enforcement of environmental protection laws but we hope traditional leaders will play the critical role they used to do and ensure land is protected from abuse.

“Beekeeping can be a positive move towards that.”

“The Forestry Commission only promotes beekeeping as part of sustainable forest management and our training is only in community groups,” Makoto said in an emailed response.

“We might not have the figures of overall impact of those programmes but it is gaining support from the local community in sustaining forests, which is our primary mandate.”

“The forest becomes an asset that the community has an incentive to protect,” Rukuni said.

“The reality is that beekeeping helps in protecting the community land and protects it from overuse, but retains it as a natural resource.”

Lloyd Kumirai, director of Tree Planting Organisation, a community-based organisation that promotes tree planting in Hurungwe district, says “we are working closely with traditional leaders where we help them plant both exotic and indigenous trees at their homesteads.”

Kumirai added that tree planting will help in keeping the forests renewing and curbing soil erosion among other challenges that had become a menace in Hurungwe district.

“These trees are good due to their flowering pattern that keeps the bees busy throughout the year especially if they are kept close to the bee hives.

“We are encouraging the farmers to take exotic trees that grow faster in our changing climate conditions in Zimbabwe or southern Africa.”

Acacia trees can do well even in drought-prone areas but can have flowers throughout the year.

“Acacia trees are working as a double-edged sword reviving forests where most trees were cut for curing tobacco while at the same time feeding bees in Hurungwe”, explained Kumirai.

“This will improve on curbing soil erosion and the leaves shed will be part manure for the trees.

“Our communities are appreciating the need for trees and grass for feeding livestock and keeping the environment well preserved.”

Senator Chief Chundu, born Abel Mbasera, accepted a beekeeping project in his area of jurisdiction to re-tap the environment through reforestation.

“Bees need trees and flowers to help reduce veld fires that are a cause of concern for us as traditional leaders,” Chief Chundu said.

“Hurungwe used to top the provincial veld fire index. We hope it will help in managing our forests for future generations.

“We are empowered through the Traditional Leaders Act to ensure that communal land is allocated in accordance with Part III of the Communal Land Act [Chapter 20:04] and ensure that the requirements are fulfilled.

“These include making sure that the land and its natural resources are used and exploited in terms of the law and, in particular, controlling over-cultivation; overgrazing; and the indiscriminate destruction of flora and fauna; illegal settlements; and generally preventing the degradation, abuse or misuse of land and natural resources in the area.”

*This story has been developed as part of Nieves Zúñiga’s 2022 LEDE Fellowship project awarded by the Solutions Journalism Network and developed in collaboration with Land Portal.