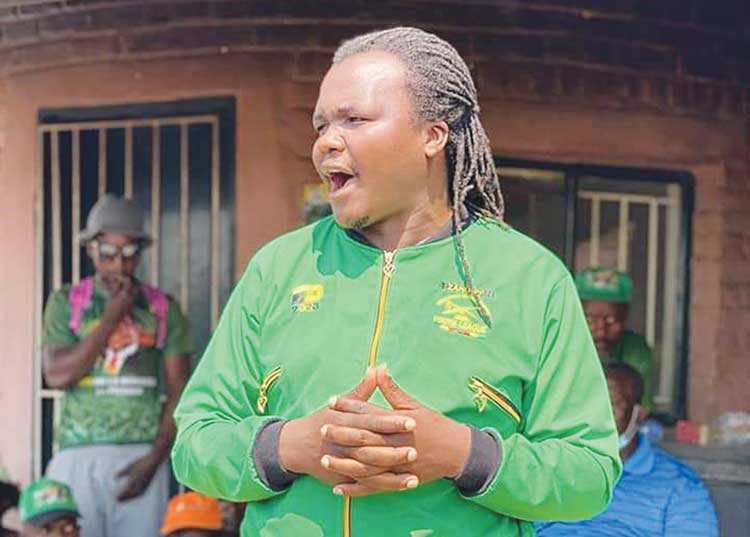 The show was held to celebrate the 10th anniversary of music stable Chillspot Records (Chillspot) when the Zanu PF youths, led by Harare youth chairperson Emmanuel Mahachi, took to the stage to introduce himself and his entourage.

A GROUP of Zanu PF youths was pelted after taking to the stage at a music show held at Harare Gardens at the weekend.

The show was held to celebrate the 10th anniversary of music stable Chillspot Records (Chillspot) when the Zanu PF youths, led by Harare youth chairperson Emmanuel Mahachi, took to the stage to introduce himself and his entourage.

He was also accompanied by some party officials from Bulawayo.

Harare is among opposition strongholds.

“That’s not what we are here for,” the crowd shouted.

Mahachi persisted and tried to use money to silence the crowd.

“How much should I give as a present to Chillspot?” he asked before taking out his wallet.

After he handed over three US$100 notes one after another to Chillspot director Arnold Kamudyariwa, popularly known as DJ Fantan, the crowd pelted the stage, forcing the Zanu PF youths to scurry for cover.

“It’s alright, let’s not damage the stage. We still want to party and see other artistes,” Fantan shouted as he apologised and calmed fans. He tried to redeem himself immediately by introducing Hwindi President and Hwinza, who belted their popular 2020 collaboration, Handikanganwe Kwandabva.

Zanu PF regularly uses music events in the form of galas to preach its gospel across the country.

Chillspot artistes have also performed at Zanu PF events around the country.

Zimdancehall has been particularly of interest to the party, which is trying to capture the youth vote in the elections next year.

Self-proclaimed prophet, Passion Java has led a group of socialites openly campaigning for President Emmerson Mnangagwa ahead of the 2023 Java is a known benefactor of the Chillspot stable and his name was repeatedly chanted by MCs during the event, including DJ Fantan, who said the self-styled prophet was in attendance.