The engineer is not alone in career pain 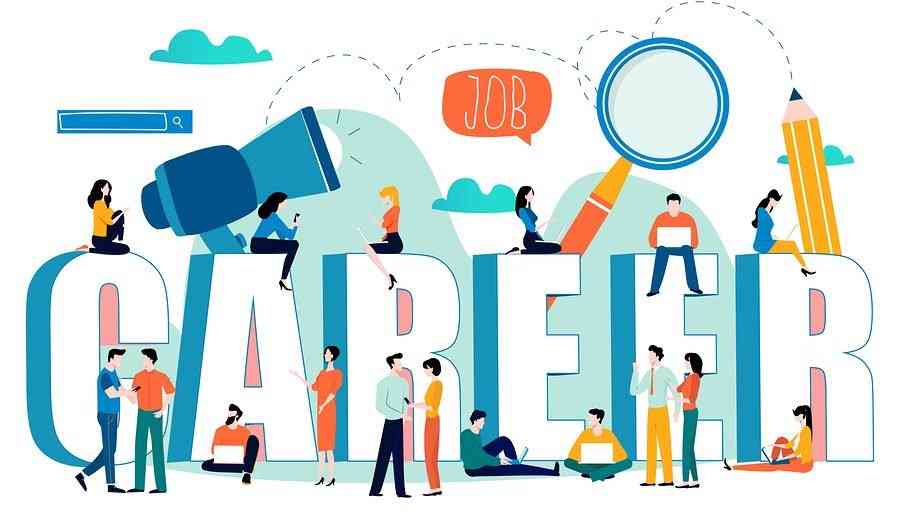 We all have deep desires when it comes to work, jobs and career paths and sometimes we need to listen deeply to ‘hear’ and know our own deep desires and intentions.

Some people spend all their lives in confusion career wise, degenerating into something they never wished they could become and so you get such beer hall statements as; ‘I was meant to be this and that and I was meant to have gone far, you know I was top of my class in Mathematics and English.’

Such people then look at the younger ones and warn; ‘Work hard, so you don’t end up like me.’ I call these regrets before the game is over and I often wonder what would happen if such individuals used all the time they have, with a bit of knowledge to refocus and start running again? Ian Fur, the writer of the book; Serial Entrepreneur once joked; ‘To say the old dog cannot learn new tricks is an insult to the old dog…’ Why? Because life and the neuroscience of the old dog provide for a revival through the truth of neuroplasticity. The brain is ready at any age to feel young and ready to explore new neuropathways.

But the engineer sits thinking about graves and death, wishing he had designed cars. And he is certainly not alone in this career path rigmarole like fiasco. I got friends and networks chatting with me last week after reading the article about the engineer who became a fitter, turner and philosopher. Many live with the difficult truth of doing stuff that never satisfied them.

They regret but seem to think there is nothing that can be done now. It’s too late as far as they are concerned and so they hold on to the ‘stones’ of survival they picked up when life challenged them with snags. A friend on Facebook had this to say; It’s a touching topic...I can relate. I'm the female version of this Jabulani fellow. Broken dreams...now out of reach. Eish life! Looking forward to next week's fix. I am not sure about the out of reach part. She is a young woman who has a whole life ahead of her and the question would be to ask why she cannot throw down the ‘stones’ of survival that Shirzad Chamine calls saboteurs?

I know how difficult this is. It is like saying to someone who holds on to a branch of a tree to escape falling and you tell them to let go with the promise that you will catch them as they fall. It is difficult for them to trust you especially if they have fallen before. What is also true though is that they can let go. In fact, they should, because if they don’t, the branch will dry up and they will eventually fall with a sickening thud and maybe there will be no one to catch them.

I had a conversation last week with the engineer, who is the original protagonist of this story about what he could have done differently and he looked up and seemed to be in deep thought, being the philosopher that he has become. He then said to me that he realises he should have gone overseas where there are plants that design and assemble cars. Well, fair enough, that was a nice idea.

Maybe something could have come out of that and we could still be having our engineer’s sharp mind that he enjoyed at high school and varsity. When he realised that factories in the workplace were reducing him to a fitter and turner, he could have gone overseas and gotten to do the job of his dreams but this is him looking back now and thinking in the past what he could have done. Can he not do something about it now? So, the engineer is fifty years old and is in a survival job, nothing special.

Remember we are talking about a genius here and not an average person in any way. He even has such talk as; ‘my daughter can do the rest, she has a good brain, maybe she can take over from where I left…’ As we continued our talk last week after reading my article, the engineer said that the other thing he could have done was put together a plan to start the very first car design and assemble plant here in Zimbabwe. I thought to myself, why not? If the engineer could have used that brain I know was sharper than a double aged sword, something good could have come out of it. And I know, dear reader that you might be thinking this crazy columnist is talking dreams.

But the truth remains that all these businesses we see and the workplaces that give us jobs did not drop from heaven fully operational and packaged. They were started by passionate men and women who fought vicious dogs to get where they got. The engineer had no ordinary brain, hence his intellectual demise when he did not apply the brain on something really stimulating. You cannot go about playing with a sharp knife without an agenda for it because if you do not use it to cut, it will cut you and cut you deeply.

The engineer, just like many of us is hiding in a job that stopped stimulating him a long time ago and not even stopped but that actually never stimulated him at all. A brilliant brain has gone to waste. My Facebook friend also lives a life of regrets because of broken dreams because she needs a job to survive and cannot imagine starting afresh as if she was in second or third grade writing the famous composition; ‘When I grow up…’ It is highly advisable to rewrite this composition because in any case many of us just grew old without growing up, meaning that the composition is still valid and due. Life is waiting for many to submit this composition and tell it what we would like to be when we grow up.

Imagine being given a new lease of life right now. What would your ‘when I grow up…’ composition look like? What would be the content? You can start afresh and the growth mindset principle supports you.

The workplace is full of unhappy people right now because they settled for jobs that do not stimulate them. We live in a world where the situation forces people to understand jobs more than their work.

We are taught at high school how to beg to apply for a job and never how to start work from scratch. Maybe the engineer can re-engineer his super brain? Next week I give advice about what I believe is the path for a real brain re-engineering process for those who sit with broken dreams and think that they have gone obsolete.