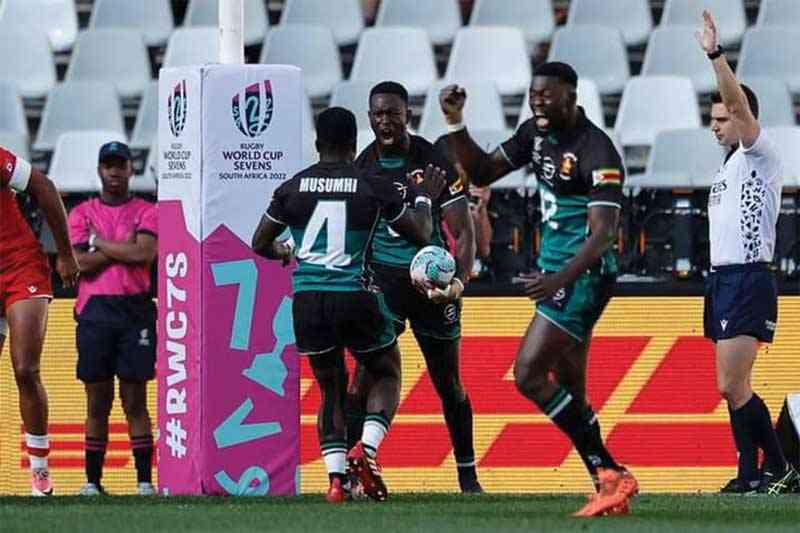 ZIMBABWE’S national rugby sevens side, were yet again left ruing their failure to start well in matches after another disappointing day on the penultimate day of the Rugby World Cup Sevens at the Cape Town International Stadium here yesterday.

The Cheetahs are facing the grim prospect of finishing dead last at the 2022 Rugby World Cup Sevens after successive losses against Hong Kong and South Korea in the Bowl Competition.

After crashing out of the main contention in the pre-round of 16 play-offs following a 31-7 loss against Canada on the opening day on Friday, the Cheetahs would have been hopeful of redeeming themselves in the lower tier Bowl competition.

However, they were unable to shake off Friday’s disappointing start after being dominated 28-0 by Hong Kong in the quarter-finals yesterday morning.

Graham Kaulback’s side were comfortably beaten as they conceded five unanswered tries against a well drilled Hong Kong side in the first half.

Despite putting on a better display in the second half, the Cheetahs were unable to claw their way back into the match against a Hong Kong side which has now beaten them three times in the last few weeks.

The Cheetahs recently suffered successive defeats against Hong Kong at the World Sevens Rugby Challenger Series in Chile, which is a worrying sign considering they used to dominate the Asian side.

Luck was also not on the Cheetahs side during yesterday’s match against Hong Kong following hamstring injuries to arguably two of their best players Shingirai Katsvere and Sam Phiri which left them terribly short of experience.

Zimbabwe’s loss against Hong Kong set up another Bowl competition match against South Korea to determine positions 21 to 24.

Again the young Cheetahs side was made to rue their slow start to the match as they trailed 14-0 inside the first six minutes through tries by Kim Namuk and Yeonsik Jeong before battling back through a brilliant try from Godfrey Magaramombe just before the halftime break.

The duo of Jeong and Namuk crossed the whitewash again early in the second half to leave the Cheetahs facing a heavy defeat but the Cheetahs almost pulled off a gallant fight back through late tries from Tapiwa Malenga and skipper Kudzai Mashawi.

In the end despite putting on their best performance of the Rugby World Cup Sevens, their efforts were in-vain after succumbing to a narrow 21-19 against South Korea which relegates them to the position 23 to 24 playoff match against Jamaica this morning.

“It’s always hard trying to come back from behind but we are still work in progress and hopefully we can do better next time and start well and finish well,’ said Magaramobe, who has been one of the better performing Cheetahs players in Cape Town.

“It’s always hard to adjust the nerves getting into the game.  Some of the guys need that extra switch early on the game and if that is fixed we will be able to do well,” he added.

The Cheetahs will be hoping for a better start against Jamaica this morning in a match they need to win at all costs to avoid returning home with the wooden spoon.