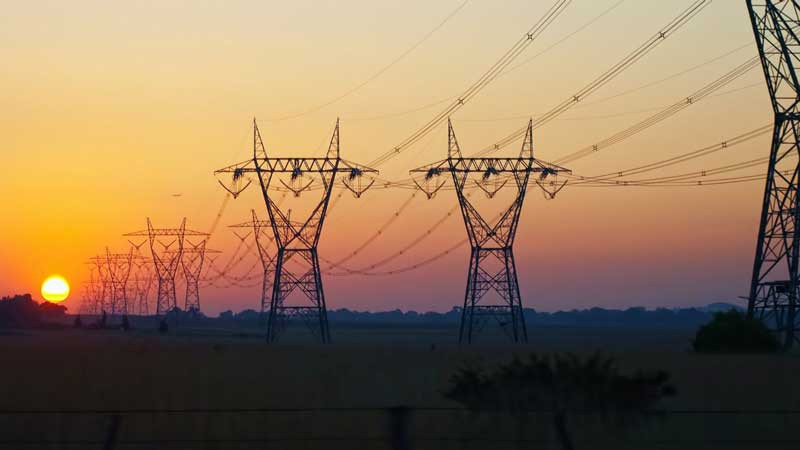 The Zimbabwe Electricity Supply Authority (Zesa) recently announced that the country would experience increased power cuts with 16-hour load shedding becoming normal again in most parts of the country. Heavy consumers of electricity such as mines and manufacturers are feeling the heat as production has plummeted and cost of production skyrocketed. For the informal sector, power cuts trigger loss of income and poverty for millions of citizens who depend on power for their small businesses. The country has experienced recurrent power cuts in the past two decades, pointing to lack of government prioritisation on a long-term solution to power generation.

As of Wednesday, the country was producing 1 235 megawatts (MW) against total demand of approximately 1 630MW (including binding export contracts). Kariba, with a design capacity of 920MW, was generating 836MW while coal-fired Hwange was generating 377MW. Smaller power plants, Munyati and Harare were producing 12MW and 11MW, respectively. This leaves the country with a deficit averaging 300MW which is met through importing 85MW from Eskom of South Africa and 100MW from Hidroeléctrica de Cahora Bassa (HCB) and Electricidade de Moçambique (EDM) from Mozambique.

Bullish commodity (metals) prices on the global market have seen the birth of new mining projects and expansion of current mines.  Hence, mining sector applications for the short term (up to 2023) now exceed 2,100MW. The applications outweigh maximum achievable capacity of 2,000MW by December 2023 (After adding 600MW from Hwange 7 & 8). Total energy demand in the country is expected to rise to 2,500MW by 2025. This means that power cuts will be a recurring constraint in the next 3-5 years even if Hwange 7 & 8 are added to the grid.

Zimbabwe is heavily reliant on old power stations which have been running nonstop for decades. Hwange Power Station was commissioned between 1983 and 1986 with installed capacity of 920MW (current output at 391MW). The station largely uses old technology from the 1960s, which leads to frequent breakdowns. Munyati Power Station was built between 1946 and 1957 with a design capacity of 120MW but is currently producing 12MW. A plan to repower the plant for US$133 million never saw daylight as the entities that won the tender (Intratrek and Jaguar Overseas Limited) had limited experience in power projects. Harare Power Station was built in 1942 and 1955 in phases with a maximum capacity to produce 156MW but is currently producing 11MW. In 2014, Jaguar Overseas (From India) was awarded a US$70.2 million tender to repower its three operating units up to 90MW. Again, the project flopped, and the government has not seen it fit to commit domestic resources to it.

Bulawayo Power Station was commissioned between 1947 and 1957 with an installed capacity of 120MW and is not producing any power now. In 2016, a tender to repower the plant and add 90MW to the grid before 2018 was awarded to Jaguar Overseas. In late 2019, the government cancelled the project stating that the US$87 million loan from India's Exim bank for the project had not been signed and the contractor (Jaguar Overseas) had failed to secure sufficient funding for the project. It has been reported in state media that plans to repower the plant are on course with a new contractor (BHEL of India) in line to start work under a US$110 million facility from India Exim Bank. In all this, it is critical to point out that Zimbabwe only added less than 1 600 MW to the grid over the last 50 years (Including Hwange 7 & 8). The government has been sleeping on the wheel for a long time and should have channelled a significant budget towards the repowering of the 3 old plants in the last 10 years considering the decline in global funding for fossil fuel. To be safe, Zimbabwe needs an extra 2 000MW by the end of 2025.

Part of the problem is the interference of the government in the tariff determination and prioritisation of certain consumers over others. The utility is charging about 10.63US$c/KWh to domestic consumers and argues that the real tariff is sometimes as low as 5c/KWh due to exchange rate disparities and delays in new tariff approvals by the government. Going forward, Zesa aims to charge 10.63c/KWh in foreign currency to mines and industry. With a subeconomic tariff, the utility cannot generate power, maintain plants and cover for power imports. The overarching goal for the government must be to ensure that the tariff charged for electricity consumption allows Zesa to break even and keep the cost of production at optimal levels.

The first task is to streamline Zesa operations and operational costs to ensure that the organisation operates efficiently. This should then pave the way for a cost reflective tariff to all consumers, save for a selected strategic few where the government provides funding to cater for subsidised power (For example steel and agro chemicals producers). The benefit of a cost reflective tariff is that it fosters discipline in electricity consumption and incentivizes private investment in renewable energy projects for own consumption.

Zesa signed four contracts in 2021 to get up to 750MW of power from South Africa, Mozambique and Zambia. However, the utility cannot secure foreign currency from the central bank to prepay for the supplies. This has put the contracts in jeopardy at a time the region is experiencing a serious power supply deficit. Zambia has a firm offer (surplus to requirements) of 100MW which needs US$6.3 million per month in prepayments.

Overall Zesa bills at most US$23 million per month, while it needs more than US$26 million to import electricity, procure coal, diesel, switchgear and consumables. It is hard to conceive that the central bank allocates billions in foreign currency to private importers and businesspersons but cannot fully satisfy Zesa foreign currency needs considering the strategic importance of power to economic growth and living standards of citizens.

In the past five years, billions in production subsidies have been poured by the central bank and government to subsidise agricultural inputs, gold, and tobacco production, among others. Billions more channelled into the bottomless pit of consumption subsidies for citizens to access cheap fuel, cooking oil, wheat, soya, and other consumer goods. Similarly, millions in taxpayer’s funds are channelled on foreign travel and military equipment to this day. Zesa exports up to 130MW to NamPower of Namibia under a 15-year binding contract to get foreign currency and service foreign debt. However, the utility is not exempted from the 60:40 forex retention policy applied to other exporters and must surrender 40% of its earnings to the central bank.

Why IPPs are not flourishing

The government has so far licensed 91 Independent Power Producers (IPPs) projects with installed capacity of 7,000MW, though contribution to the grid falls below 100MW. Zesa often struggles to pay for the supplies. On the ground, most IPPs cannot secure funding due to the subeconomic tariff and government interference in pricing. Similarly, currency fluctuations affect long term planning since renewable energy is capex heavy and payback periods are longer than 10 years.

High production costs also affect the economic viability of renewable projects, just as inadequate transmission infrastructure or government bureaucracy (during the licensing or approval process) negatively impacts investment. The hurdles add to the current difficulties faced by foreign investors to remit dividends from Zimbabwe. Investors also demand bankable Power Purchase Agreements (PPAs) which are long term offtake agreements with a creditworthy buyer. Unfortunately, Zesa is deemed as not being creditworthy enough to allow debt repayment or a predictable revenue stream. This has in turn affected securing funding of other critical projects such as Batoka Gorge Hydro Electric scheme (among other stalled solar and hydroelectric projects).

On average, Kariba Power Station contributes 70-75% of electricity used in the country. The danger is that during periods of drought power generation capacity is limited and the utility resorts to power cuts.

Years of mismanagement at the power utility, poor planning, underinvestment in generation projects and corruption in tenders to upgrade ageing power stations or develop alternative renewable energy sources have taken the country back to recurring power cuts. It is now long overdue for the government to channel tax revenues to the repowering of Harare, Bulawayo and Munyati thermal power stations while taking decisive action on overdue green energy projects such as Munyati, Gwanda and Insukamini to achieve a blend of power supplies to the national grid. To undertake these projects, consumers need to pay a competitive tariff for electricity which will allow the state utility to import power or pay its huge debts to regional suppliers such as Eskom of South Africa.

Zimbabwe has massive electricity generation potential along the Zambezi River to generate over 8,000MW of clean energy to ensure self-sufficiency. The potential needs prioritisation on funding from the treasury (instead of relying on overstated loans for the so-called dirty coal projects). Vision 2030 will never be achieved without fully addressing fundamental constraints such as power shortage that have been in the making since independence, while billions in debt and foreign currency are committed to non-core public expenditure and indirect subsidies for private importers or businesses.