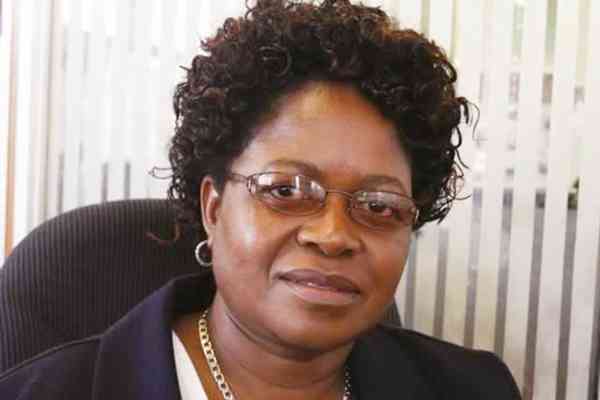 UST close to 40 years ago, Mildred Chiri was unknown. She was an audit assistant in the then office of the Comptroller and Auditor General.

But her quest for transparency and accountability has seen her rise to the post of first the Comptroller and Auditor-General in February 2004, before the 2013 constitution introduced the Auditor-General’s office.

Her colleagues speak highly of Chiri’s professionalism as she has pushed her subordinates to take on professional qualifications.

The Auditor-General has been consistent; exposing abuse of public funds by government departments and ministries. Chiri has become the face of a fearless fight against public sector malfeasance.

But worryingly, her efforts seem to be futile. At least, there is no corresponding action from law enforcement agents to make her efforts count.

For the past fortnight, all eyes have been on her. Journalists have extensively written about the goings on in central, provincial and central government, exposing poor corporate governance, abuse of funds, flouting procurement procedures and transactions done without proper documentation.

But over the years, despite numerous reports of abuse of public funds by bureaucrats, little or no successful prosecution has been done.

To say it’s time for authorities to act on the Auditor-General’s reports is an understatement; it’s long overdue.

The lackadaisical approach by authorities to punish the culprits named in the Chiri reports reduced the anti-corruption drive to mere flowery rhetoric.

Reports have emerged in the past that hawkish businesspeople have threatened her. Regardless, she has not stopped; Chiri has kept her integrity intact.

The Zimbabwe Anti-Corruption Commission (Zacc) has vowed to decisively deal with graft.

However, even the anti-corruption body has been red flagged over its financial records in a clear flagrant violation of section 32 (1) of the Public Finance Management Act (Chapter 22:19).

Chiri, in her 2021 report, said Zacc should submit statutory returns to promote transparency and accountability.

Zacc has said some of the issues raised by the Auditor-General are legacy issues; malfeasance committed by previous commissions before the coming in of the Justice Loice Matanda-Moyo commission.

Zacc should help Chiri in the fight against public sector corruption; in fact the anti-graft commission carries the weightier burden. Chiri exposes and Zacc is mandated to investigate and arrest those found on the wrong side of the law.

In some cases, yes, Zacc has implemented measures to monitor and plug financial leakages in parastatals.

But more still needs to be done!

Continuous failure by law enforcement agents to enforce and implement the Auditor-General’s recommendations as far as criminal prosecution is concerned is rendering the audit reports futile. When will authorities take Chiri seriously?

For how long will the taxpayer wait until a dragnet closes in on public corruption?

It cannot be business as usual every year as the Auditor-General sweats to unravel complicated syndicates milking the state of the already scarce resources.

Otherwise, the audits on government departments and ministries are just another waste of taxpayers’ money.

Apart from Zacc, the police, Special Anti-Corruption Unit in the Office of the President and Cabinet , the National Prosecuting Authority and the judiciary must all come to the party.

Chiri’s solitary efforts can be in vain; her detailed reports can remain paper tigers if all the other agencies fail to put in maximum effort to clean up public sector corruption.

Apart from prosecuting and jailing those creaming off the public purse, the state must forfeit assets acquired through illegal schemes and sell the properties to recover the money, which can be used to improve social services in public hospitals.

Zimbabwe’s stance against corruption must be tougher; to the levels of China where that country’s President Xi Jinping has jailed high ranking officials.

We wait and see!