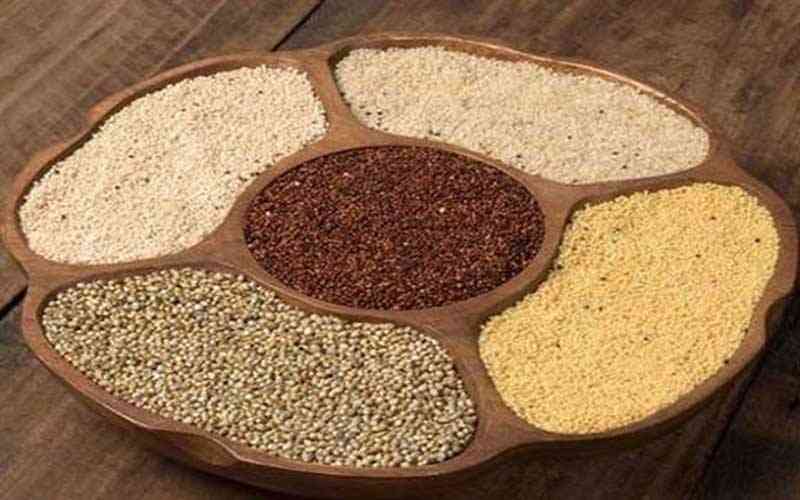 The seasonal nature of African food systems implies there are times when particular food commodities are out of season and other times when so much some food is abundant that preservation or semi-processing would increase shelf life by several months.

While absence of value addition is more visible in fruits like mango and some indigenous fruits, mechanising the preservation of tubers and small grains can also go a long way in averting food losses and ensuring nutrition security in most African countries.

For many decades, efforts to mechanise African agriculture have concentrated at production stages where machines like tractors, planters, centre pivot irrigation systems and others have been the main face of agricultural mechanisation. Ideally, food processing and preservation would have more positive impact if mechanisation was extended to household levels.

There is no reason why food processing and preservation should be a preserve of large-scale companies or parastatals. Technologies should be available at community level so that the same way farmers are able to buy their ploughs and motor bikes after a good harvest, they should be able to afford their own small-scale processing machines.

Preconditions for adoption of small-scale mechanisation

Based on experience working with mass food markets and food-related SMEs for decades, eMKambo has noted that small-scale mechanisation is not just about equipment. It should not be treated in isolation but accompanied by other solutions for promoting traditional grains, fruits, groundnuts and related products.

That is how it can transform critical processes such as consumption and marketing of traditional grains, groundnuts and other related products. On its own, mechanisation cannot drive agricultural transformation unless the following preconditions are addressed.

As is the case with many other value chains across Africa, data related to traditional grains, fruits, tubers, indigenous livestock, diverse kinds of beans and groundnuts is either not available or available in silos held by individual farmers, government departments, non-governmental organisations, processors, traders as well as in formal and informal markets. Bits and pieces of such fragmented data is on production, value addition efforts, consumption, preservation and many silos.

Scattered supply chain data makes it difficult for investors to understand the type and level of investment required to mechanise value chains. Any meaningful investment has to be informed by data and evidence. For instance, levels and types of mechanisation need data and evidence from production (what varieties and volumes are produced, how, when and where?), transportation (how much is transported from where to where?), markets (how much is being supplied in diverse markets and in what form? Is it in the form of grain, flour, peanut butter or what?).

The most important data and evidence is on consumption (what is being consumed and by who in terms of income levels, gender and other factors related to consumers?). Data and evidence are also critical in influencing policy and investors to invest in small-scale mechanisation. Investors need to know potential return on investment if they are going to establish an industry that manufactures small-scale mechanised equipment. The data should be kept fluid for purposes of assessing the extent to which the introduction of small-scale mechanisation will be generating positive impact. Key questions that can be answered through data include:

lIs there an increase in production and productivity from small-scale mechanisation?

lIs there more demand for traditional grains and groundnuts and related products due to availability and utilisation of small-scale mechanisation?

Answering the above questions is critical because we might assume low adoption of traditional grains is due to absence of small-scale mechanisation when there are other hidden factors like low demand.

Understanding the demand landscape for products produced through small-scale mechanisation is very important. Evidence from mass food markets shows demand for traditional food products has not been increasing to match the demand for maize and wheat products in most African countries.

While the demand for groundnuts has been increasing, the push factor has not been a new found appetite for peanut butter but increase in the price of cooking oil, forcing most consumers to use peanut butter as a substitute. Most of these trends on supply chain, distribution and markets for traditional grains need to be understood at a much deeper and granular level.

Overall, the demand for traditional grain and groundnut products have been declining, especially among the young generation who prefer other non-traditional food stuffs. Consumer tastes and preferences built over time are turned into consumption behaviour. Anything that becomes a behaviour takes equally or much more time and effort to reverse.

Data and evidence can demonstrate how improving small-scale mechanisation would take advantage of farmers’ production and processing practices, but efforts have to be directed at making sure the demand side responds or changes proportionate to investment in small scale mechanisation.

It is, therefore, very important to come up with unique selling propositions and innovations that will boost demand for traditional grain and groundnut products among the young generation.

Equally important is building business and pricing models that attract investment in mechanisation, production, marketing and consumption.  Government institutions like institutional canteens, hospitals and prisons can also take the lead in promoting consumption of traditional grains and groundnuts products.

Without sufficient research, African policymakers may mechanise the value chains but still face challenges in changing the consumption behaviour of the young generation. This is because there is a belief or perception among the young generation that fast foods and imported foods are superior to local foods such as traditional grains and related products. How do we reverse that consumption behaviour to increase demand for traditional food and groundnuts? Increasing demand will attract more investment in small-scale mechanisation.

On the policy dimension, national trade promotion organisations have to be visible in supporting traditional grains and groundnut products in national, regional and international markets.

While the absence of small-scale mechanisation is widely acknowledged, there has not been sufficient political will by governments and tangible support for the entire value chains by development agencies.

For instance, government subsidy programmes continue to target very few value chains like maize, wheat and soyabeans which are more like substitutes for small grains and peanut butter.

By supporting these few substitutes, governments and private sector actors are giving these commodities competitive advantage in the market.

This means that promoting small-scale mechanisation may not gain enough traction unless government, development agencies and the private sector come on board.

In spite of being economic drivers for some districts in the dry regions, traditional grains and groundnuts have not received support from production to markets compared to other value chains.

Some of the support can be in the form of stimulating demand through mandating that traditional grain products be consumed exclusively at gatherings by government departments and political congresses rather than conducting meetings in hotels where foreign food is the main staple.

Manufacturing and trading of small-scale mechanisation equipment certainly requires working space. The same for processing and marketing of traditional grain and groundnut products.  Getting workspace for micro, small and medium enterprises has remained a nightmare in most African urban centres.

Providing working space will ensure small-scale mechanisation is driven by local institutions instead of importing equipment and trying to adapt equipment that will have been designed for different contexts.

To that end, there is scope for encouraging local universities to work with local artisans and inventors in properly designated industrial parks unlike consigning such important work to back-yards. Processing of key commodities like groundnut into diverse products is mostly being done in the back-yard yet the majority of low-income consumers also deserve better standards from a food safety perspective.

Unfortunately, African organisations responsible for enforcing food standards are often not seen in the current work spaces which are considered informal and therefore inferior. On the other hand, big industries and wholesalers are receiving preference in terms of working space because policy makers think these are the only institutions doing value addition and contributing to economic growth.