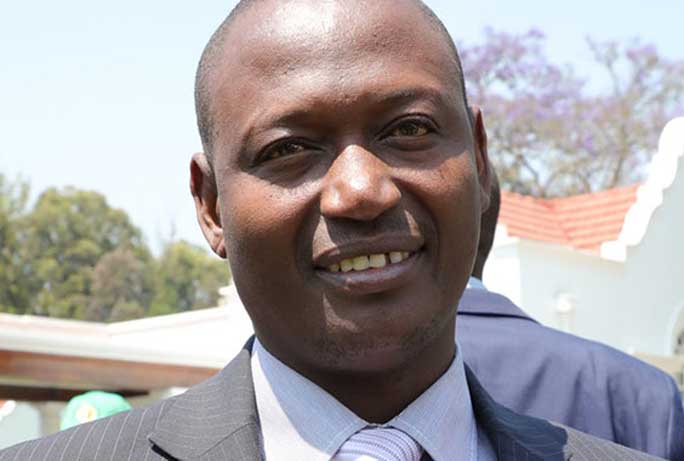 Police said sometime in February this year Karoro, who is also the Mbire MP, advised the assistant manager GMB, one Mushumbi, that he was going to collect 700 bags of Compound D 50 kgs bags of fertiliser for his constituency.

DEPUTY Agriculture minister Douglas Karoro is embroiled in a scandal involving the alleged theft of a huge consignment of fertiliser from Grain Marketing Board (GMB) depot at Mushumbi in Mbire.

Police said sometime in February this year Karoro, who is also the Mbire MP, advised the assistant manager GMB, one Mushumbi, that he was going to collect 700 bags of Compound D 50 kgs bags of fertiliser for his constituency.

It was alleged that the GMB assistant manager agreed, and advised Karoro to supply him with details of people who were going to collect the consignment and was given the name of one Dean Zimunya.

Police say in April at an unknown date, one Widdorn Chiodze was approached by Jerry Phiri who advised him that Karoro was selling 700 bags of fertilisers at US$16 per bag.

It is alleged that Chiodze paid US$$10 700 to Phiri for the 700 bags and they agreed that the balance of US$$5 000 would be used to transport the fertiliser.

Phiri allegedly took the money to Karoro and on April 21 Chiodze proceeded to GMB Mushumbi and was issued with a goods dispense voucher in Karoro’s name and collected the 700 bags of fertiliser.

It is alleged Karoro got wind that a report had been filed with the police in connection with the same fertiliser, which was supposed to be distributed to farmers in his constituency under the Presidential Inputs Programme.

Karoro reportedly made an effort to return the fertiliser to GMB.

It is alleged Karoro engaged Mugove Glen Chidamba to return the consignment, but Chidamba was arrested in the process.

A total of 400 bags of fertiliser was recovered by police from Chiodze.

Chidamba  was last week granted $50 000 bail when he appeared at the Harare magistrates court facing theft charges  and was represented by lawyer Lucky Dube .

Chidamba with the assistance of Karoro allegedly sourced the outstanding 300 bags of Compound D fertiliser bags from the black market, which were labelled Compound D Farm and City Fert.

They then took the fertilisers to GMB Aspindale purporting that the fertiliser was from GMB Mushumbi Depot and they wanted to swap it with Ammonium Nitrate.

Preliminary tests revealed that some of the purported fertiliser was stashed with soil, prejudicing the GMB of US$14 400.

It is alleged that on April 25, Chidamba with the assistance of Karoro, received 400  bags of Ammonium Nitrate fertilisers from GMB Aspindale, Harare which was supposed to be transported to GMB Mushumbi for distribution to local farmers in his constituency.

They sold 200 bags to different customers in Harare and did not deliver the fertilizer to GMB Mushumbi.

On April 29, the GMB Aspindale manager learnt that the truck with 400 bags of Ammonium Nitrate had not reached GMB Mushumbi depot and contacted Karoro.

But preliminary tests conducted revealed that some of the bags were mixed  with soil prejudicing GMB of US$9000.

The minister who is the alleged accomplice is yet to be arrested.

Renewable energy sources are those which can be used and get replenished without causing any damage to the environment or ecosystem.

In the immediate post-independence period, teachers were revered as their earnings and working conditions were the envy of many.

The success of the education system is attributed to the numerous success stories recorded by Zimbabwean professionals dominating various sectors across the world.

The AfDB underscored the potential benefits of rail and road infrastructure to Zimbabwe, which serves as an important transit point for goods destined for ports in Mozambique and South Africa.

By The Independent Aug. 26, 2022
Renewable Energy Policy boon for investment in power sector

By The Independent Aug. 26, 2022
Teacher unions adding salt to wound

By The Independent Aug. 26, 2022
Feature: Another strike looms

By The Independent Aug. 26, 2022
AfDB pledges to improve Zimbabwe infrastructure