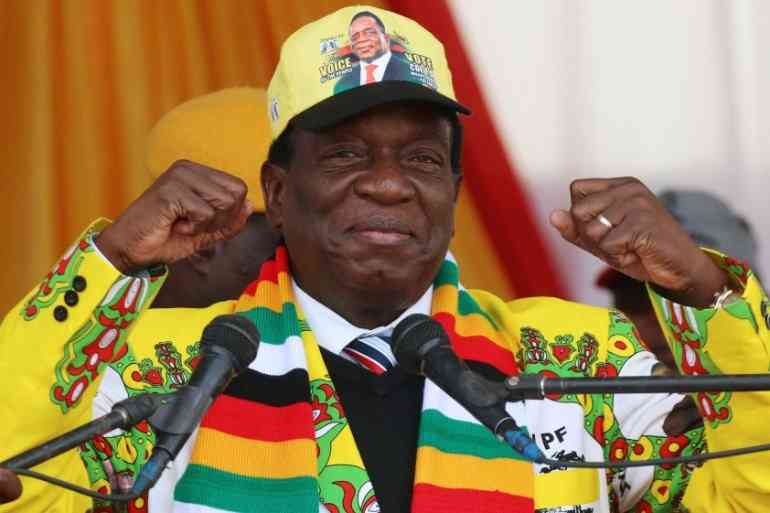 This resulted in far reaching democratic gains in some countries.

For others, such as Zimbabwe, independence yielded militarised governments and authoritarian dictatorships.

Throughout the rest of the century, states struggled to overcome the challenges of independence and progress toward democracy.

Zimbabwe is among countries that never tested the sole leadership of the opposition.

Since independence, the ruling Zanu PF has been in control and with the late former president Robert Mugabe as the longest-serving party’s first secretary before he was toppled in a military coup in 2017.

Mugabe’s successor, President Emmerson Mnangagwa has gained support from a number of so-called economic development (ED) unions that are proliferating all over the country to support him in the upcoming 2023 election, which in some ways seems to be a joke of the country.

This has sparked social media debate at a time when the main opposition Citizens Coalition for Change (CCC) supporters are slowly losing morale ahead of the much-awaited 2023 polls.

With only a few months left before Zimbabwe's general election, CCC leader Nelson Chamisa is continuing his political experiment of running a “low profile and accomplishment-driven” campaign, which is increasing the concerns of his fellow party members.

Unlike Mnangagwa, who is leading campaigns supported by unions though using an out dated presidential theme, Chamisa has chosen a very different approach, prompting some to question his silence.

Knowing the strategic significance of these polls, Mnangagwa is investing all of his energy in a campaign to win as many votes as possible.

Zanu PF is eagerly holding large rallies throughout the country, and ‘ED Unions’ are ogranising events intended to support Mnangagwa in the upcoming election.

Mnangagwa received a new mandate to lead Zanu PF at the party's 2022 elective congress, which endorsed him as the only candidate in the upcoming presidential elections.

The elective congress, which was supposed to hold elections for the new party leader, saw Mnangagwa entering the race unopposed after provinces and party affiliates including economic development unions gave him a nod in advance.

Young Women for Economic Development (YW4ED) organised the first ED union, which is now widespread across almost all provinces.

The group has praised Mnangagwa for allowing young women to take part in the national economy.

Thousands of teachers recently gathered to support Mnangagwa's re-election campaign at the launch of the Teachers for ED Union.

The union members pushed each other to support Mnangagwa as their preferred candidate for the general elections in 2023.

For Chamisa, it is best to start campaigns as soon as possible.

The best politicians consistently prevail in elections through relationship building, determining their position for a future campaign based on feedback, and other tactics.

Chamisa will need to put together his team as soon as is practical in order to develop his campaign strategy.

His entire campaign must take into account the fact that Zanu PF has a solid rural foundation and is backed by ED unions.

In close elections, the late push may be enough to make the difference, even with worries that voter intimidation, Zimbabwe Electoral Commission rigging allegations and expected legal challenges may have already put them behind.

Opposition political parties or coalitions must increasingly use international and regional institutions to put pressure on authoritarian regimes to avoid further backsliding and repression.

l Evans Mathanda is a journalist and development practitioner who writes in his capacity. For feedback email: [email protected] or call 0719770038 and Twitter @EvansMathanda19