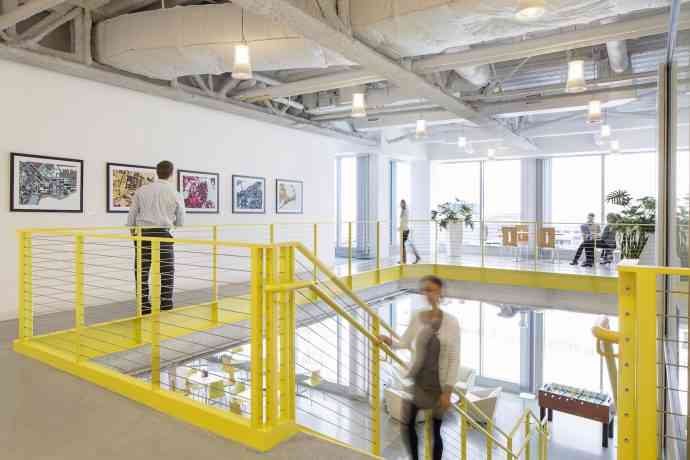 Workplace from the arts

A country that ignores creative industries does so at its own peril. The late Brazilian theatre practitioner, drama theorist and political activist, Augusto Boal has a statement that captures this notion aptly when he says; In this case, perhaps the theatre is not revolutionary in itself, but it is surely a rehearsal for the revolution. (Boal, A, 2000).

I understand this to mean that it is possible for art and theatre in its various forms to lead to nothing when it comes to changing and transforming communities but when viewed creatively and with a sense of purpose, the process of creating it and maybe even presenting it can yield revolutionary results.

To understand this, one needs to first think of the playful process that a child has to go through in their unconscious consciousness where they learn and gain a lot in development.

It is the process of curious playing that introduces a child to the world of activity. It is curious because even if the child is not coached, it will play and grow in playing.

Left alone, they say, the child would grow in learning and do so more creatively than they do under formal school.

It does not matter to the child that the parent has used a lot of money to purchase a toy because what guides them is that sense of; does it cut it for me, does it work in terms of titillating my fun buds? They will leave an expensive toy lying down to search for something more interesting, maybe a piece of wood or grass.

It is that search for what works and the celebration of it by playing with it and most of the time inviting others to join them that I believe Boal was thinking about when he viewed theatre as the rehearsal of a revolution. It meant that the process of playing had an explorative variable that made it possible for the players to get a climax as they continued to explore.

It is important, therefore, for a country to promote art as a workplace because it is a creative space that taps from the very engine we let die as children when we are instructed to be serious and stop being childish. Artists in the rehearsal room go back to that method of childlike playfulness as adults to enjoy the richness that is left dead by many as they grow older.

They try different voices, moves, gestures and facial expressions until they get the one that works and impresses the director, who in this case represents the audience. Now Boal’s audience was never a passive one. He even renamed his spectators, as spect-actors, meaning that they participated in the creation and consumption of works of art that were created by the original actors. This is also in the spirit of childlikeness in that everyone to a child can play. Children are fascinated by adults playing and may even stop to watch and glee with gladness to see a ‘boring’ adult loosening up for a change and playing like and with them.

It is their playful search for what works that seems interesting and useful for the workplace.

It suggests that a government that really wants to open the floodgates of creativity must do its best to promote theatre and other forms of art. When art is done well, the gap between the audience and the performers is closed and the creative process has everyone involved, and rehearsing creativity.

It is a rehearsal, meaning that what is rehearsed or practised goes on to be performed. Imagine a Zimbabwe that is abuzz with art and general practice.

You might be thinking to yourself as you read that this writer is not serious, because we have so much serious stuff to do. Perhaps you need to ask yourself why so many of our companies are in the woods, yet we are adults and very serious. We seem to think that we cannot afford to be playful as a culture in our families, schools, the workplace and even families. Playing is considered akin to sacrilege in these so-called sacred places. If that is true then all the serious faces in the workplace should be shining.

Countries have arts councils for that reason that creative countries need to coordinate and promote art because art is not only an industry but one that touches other forms of industry by virtue of cultivating one of the most important qualities of productivity, which is creativity. Which workplace does not espouse or need creativity? I am sure even funeral parlours need it because it is the heart of growth and sustainability.

It is not correct that a people need to forget about playfulness until they are out of the woods in whatever place because that amounts to sentencing themselves to life in ineptitude. Imagine an organization that adopts the attitude of; ‘we are searching for what works in a free spirited and childlike manner and one that keeps moving forward, leaving behind what does nor work and becomes obsolete. If you think about it carefully, those organizations that have robust Research and Development departments would have been inspired by that search attitude. What could be lacking maybe would be the playful nature because of the nerdy attitude of most research orientated people who think that one has to be too serious as they analyse data for decision making.

It is sad that we have an arts industry that takes a back sit and I have come across artists and creative people in the arts who seem to believe that artist can rely on just being supported. They forget that it is artists, of all industries who get their customers giving them a standing ovation. No bread makers have consumers standing up to give them one. This means that they are a special industry that any serious company that wants to loosen up and enter creative spaces will take their methods seriously. I am not suggesting that companies release their employees and replace them with artists but saying that it is the method of childlike, loosened up and playful creativity that I believe companies need to adopt. There is a lot to learn from the arts as an industry. We are losing out.