Re-imagining the workplace: Elections, politricks and the worker 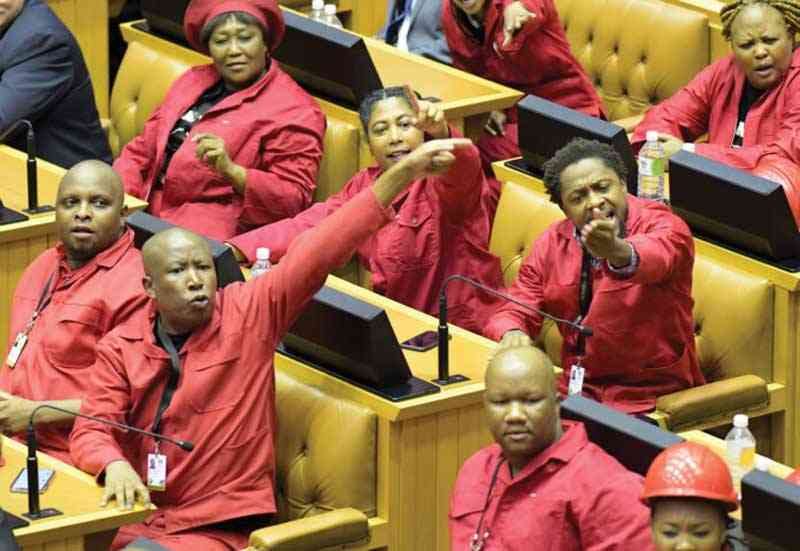 In most African countries the workplace always faces the risk of being the in-between space when it comes to matters of politics and governance.

This is mainly because of the historical participation of the worker in the politics of his or her time.

It is particularly so in Zimbabwe because even the line between the ruling party and workers unions was blur at some point, with the late president Robert Mugabe addressing workers at Rufaro stadium on workers day.

This paradise like connection between the government and workers did deteriorate to a point of separation when the same union became the source of fierce opposition against the Mugabe government, giving him, arguably the toughest opposition in his tenure of office as president.

The attempt to make workers an ally by politicians is not something known to Zimbabwe only.

South Africa as a neighbour has had that connection between COSATU and the ANC, which to a large extent has also waned.

The power of the worker as a player in politics is further displayed by the EFF political formation’s wanting to identify with the worker both in conduct and apparel.

They go into parliament in worker regalia and want to be associated with the worker. One observes that, while there may be a genuine desire to indeed address workers issues, they might also be a big element of political expediency on the part of politics.

The workplace is the institution when it comes to numbers and influence and politics is a game of numbers. The politician sees that and cannot afford to ignore such numbers.

It gets tricky when politicians go all out to please workers but fail in the process because of the same issue of numbers which tends to be both a blessing and a curse in that it is good to have the big numbers, yet difficult to please those numbers.

When workers are not pleased, they start seeking again, looking for that elusive worker freedom.

This is where the risk of being reduced to an in-between space comes because the worker then finds himself on the road again looking for what is believed, to a large extent, to be something that should come from politics.

A major question that, maybe workers and the workplace need to grapple with is how they can find an independent identity that does not depend on politics for survival.

Zimbabwe has had moments in the past when politics reared its ugly head in the workplace, for example, when the then government had no respect for the law, sending a minister to terrorise a white farm owner outside the provisions of the law.

It is highly likely that the workers at this particular farm had a case against the farm owner who is likely to have been violating their rights since Zimbabwe was still recovering from a racism hangover.

What one saw though was chaos and anarchy ruling as the then minister of Labour, Edson Zvobgo literally invaded a farm and had the farm owner eating out of his hand. https://www.youtube.com/watch?v=jpR5BbXokH0.

It is clear that the workers really enjoyed this unlawful invasion of a private property and this is a good example of politics confusing the worker in terms of who they are and who should solve their problems for what gain.

That in-between space issue we are writing about today is topical almost across epochs. The worker then finds himself having to oscillate between spaces never finding or defining their own identity.

When the war veterans crisis hit Zimbabwe many years ago, the worker again found himself at the centre of things with war veterans, after invading farms, now going to the workplace to solve workers problems.

Many companies found themselves eating out of the hand of the war veteran who enjoyed a lot of power from the then Mugabe government.

This looks good from a distance for the worker until the honeymoon ends and they find themselves needing yet another form of power which is not their own to survive.

It is also in the Zimbabwean history books that through the leadership of the late Morgan Tsvangirai and Gibson Sibanda, workers became a force to reckon with against the ruling party through stay aways that almost crippled the Zimbabwean economy.

It would seem that when politicians want someone to use for political expediency and gain, they go to the workplace to recruit workers to pursue their cause.

Right now, election time is approaching and politics being a game of numbers and workers being a group of numbers, there is likely to be a lot of activity in the workplace or through workers.

Companies are expected to have been working hard to build and develop tight relationships with their workforce.

Relationships that are based on prudence and put the company first. It is easy for workers to fall for the trap that is placed before them by the politician if there has not been any work on the part of the company to connect with their workforce and grow loyalty and a sense of belonging and ownership.

If the worker is made to feel that the company belongs to them, they are not going to participate in anything that threatens the welfare and future of something that is theirs.

If, however, there have been divisions in relationships and the them and us culture rules then it’s time to worry for any company in that position because politics is active now and politicians are looking for people to please so that they may win votes.

Workers representatives in the workplace should not be reduced to just defenders of workers but should be viewed as participants in the building of an organization and the business there are involved in.

When they are reduced to just defenders of their colleagues, they lose focus and run even with agendas that destroy not just the company but themselves.

Companies also need robust human resources management with open door policies to listen to the needs of the worker and solve the problems that are within their scope.

If this does not happen those companies risk political interference similar to what we saw on that you tube clip where the late Edson Zvobgo takes advantage of the divisions between the employer and the employees to win the hearts of the employees for political expedience. That kind of relationship with the politicians usually ends with the politician winning while the worker and the employer lose in the long run. One can imagine what would have happened to the farm Zvobgo invaded. Did the owner of the farm continue to invest in that business having lost all power to the workers? How was business run after the farm owner was forced to reinstate some workers he had fired? All these questions will point at the possibility of the farm owner having packed and left. I leave this issue in the hands of labour relations researchers to go back to that time and educate us empirically.