Letter from America: Reply to Eddie Cross: How popular is Zanu PF? 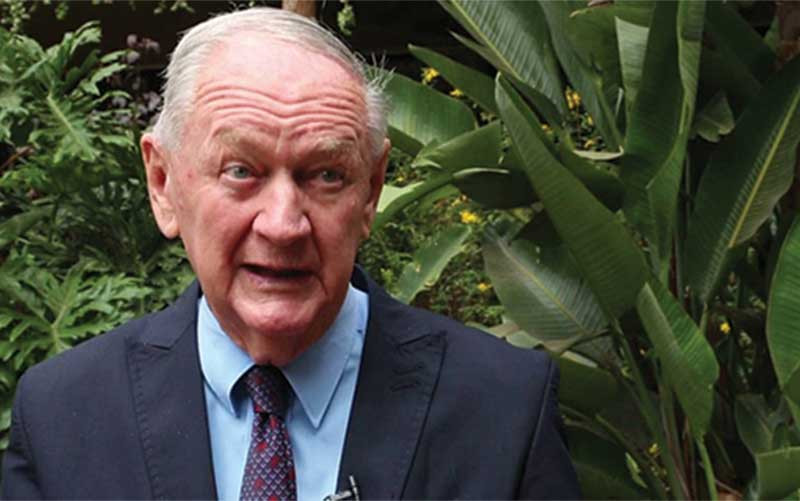 To cut a long story short, my revered white brother Eddie Cross summarises the weakness of the Citizens Coalition for Change (CCC) party, led by Nelson Chamisa as encumbered by lack of structures, clear policies, and organisational prowess. To that extent we agree, but do those weaknesses make the CCC less popular than Zanu PF?

I rebuke my brother with love.

Further, assuming the reverse, that Zanu PF is blessed by structures, clear policies and organisational prowess, the question then arises why it has not won a free and fair election since year 2000?

To find out the answers to these questions, I sat at the feet of two Indian professors (whose names I mentioned last week) and studied the demise of the Indian Congress after 53 years in power. With 42 seats out of 542 in parliament, Congress does not have a majority in any of the 28 state assemblies.

The Indian Congress began by replacing the 400 000 British civil service officers with Indian nationals and by the end of the century, everybody who was somebody, judges, police commissioners, professors and ambassadors owed their positions to their support for Congress.

Congress was the Gandhi family. In Zimbabwe, Zanu PF is everything, the good and the bad. The stalwart judges (read corrupt) who lock up frail damsels like Jestina Mukoko and Tsitsi Dangarembga, the police who run out of town CCC party members and the vice-chancellors who raise student fees without consideration for ability to pay, are all members of one body, Zanu PF.

In India, Indira Gandhi’s family planning policy required poor women to be sterilised and compensated with a radio. Nobody in Congress dared to tell Mrs Gandhi that policy contradicted every religious sensibility among both Hindu and Muslims. Nobody dared tell Mrs Gandhi that the “swollen statistical success” was due to grandmothers voluntarily being sterilised on behalf of their granddaughters several times and winning radios.

The late vice-president Simon Muzenda used to say that if Zanu PF says to vote for a baboon, you better do so with love.

Once the Marxist socialist ideology had been disgraced by the fall of the Soviet Union, Indian Congress no longer had any ideology. The same applies to Zanu PF; except that they were Marxists during the sloganeering period, and Mercedes Benz Marxists at night.

An opposition party need only show that they can usher in a cleaner government than the previous one.

The authorised thievery that goes on in Zimbabwe, small and large scale has one very disturbing effect on the electorate.

A kombi driver cannot go about his business for more than one day without police interference. Last year, the police invented the triangle hazard sign infraction. Even if one had a copy, they wanted one from a designated company run by a police recognised. This year, police have invented a “trash container infraction.” California, which has the highest automobile standards, does not require trash bags in their cars.

If a driver is nice to the police, the going fee is US$10 dollars. On a Seke roadblock, fearing on spot checks from Internal Services,  police unit somebody hid their US$2 000 loot in a nearby anthill where a herd boy found it and took it to his grandmother.

A few beatings forced the granny to “release the funds” (Zimbabwe English). Is this not written in the chronicles of the magistrates at Rotten Row?

The commonest form of looting is official. Treasury allocates a certain amount of money, say to parliamentary administration. The amount of money allocated is different from the amount spent.

“Oh, Ken wait! I don’t understand.” The reader will say. I sympathise with the reader. The difference disappears into thin air. Public Finance says Z$220.5 million was allocated but parliament receipted expenditures are Z$173.5 million. The difference of Z$47 million “went somewhere, we cannot find it.” (Zimbabwe English).

Of course, you sluggard, “it went somewhere.” Zimbabwe money has spooky feet which disappear into thin air.

There is no shame at all. Of more than 20 tenders for laptop supplies, with prices ranging from US$1 300 each, the tender was given to Ms Elizabeth Muchenje of Blinart who charged US$9 000 per piece. The parliamentary chief administrator commended the search team for their “diligence” in finding Blinart. Please do not laugh. I did not make up the story.

I started my Alexis de Tocqueville journeys in Dubai. There, a taxi man took me to Dubai Hills. He pointed out two houses which he said belonged to the former Zimbabwe dictator. Another “property” belonged to some treasury chef from Zimbabwe. “I take Zimbabweans around what I call Africa square.” He said. As I flew into South Africa, I recognised a “legal chef” going home. Home was in South Africa.

As I tried to book a dinner at Meikles, I was confused with another “professor” from another foreign country who is a frequent visitor there.

In 1991 I visited Malawi as a guest of Professor Isaac Lamba, Dean of Chancellor College. I received a very warm welcome and two parties were held in my honour. Everybody I met, including the staff of the National Library in Zomba spoke highly of the tyrant Kamuzu Banda and show cased his “civilising mission in Malawi.”

I then had the youthful cheek and foolishness to share the news with my second host, Catholic Archbishop James Chiona. Chiona had written a “Red Letter” to Catholic saints in Malawi describing how Banda had instituted a rule of fear throughout the land. In retaliation, Banda had tied the archbishop’s secretary and thrown him into the Shire River to serve as lunch for crocodiles.

“Is it not obvious, my son, that for the safety of their positions, they must speak with enthusiasm about their love for Malawi Congress or end up like my secretary in the Shire River?” He spoke as if he was speaking to a five-year-old child.

Kenneth Mufuka is a Zimbabwean patriot. He writes from the US. He can be reached at [email protected]