Re-imagining the workplace: The engineer’s step by step process of working again 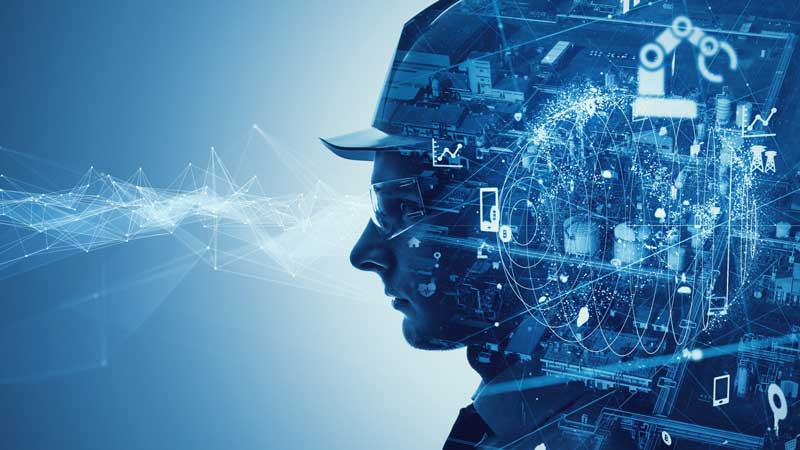 About four weeks ago we started the process of telling the story of the engineer. The mechanical engineer who went to varsity excited that he would complete his degree and join a car plant to design cars, only to find himself in maintenance departments with manufacturing companies fitting and turning and bored to death. It is important to reiterate that we are talking about a high school genius who completed high school with flying colours and went to varsity just for formality because even with the Old Mutual Maths Olympiad he had shone like a beacon, coming tops against all the brains of his stream nationally. This changed when the engineer found himself face to face with a boring career path that promised nothing but routine.

Our perspective in treating this story has been a biochemical one with a touch of neuroscience principles, research findings and behavioural change principles and we have referred to such prominent scholars and practitioners as the Indian-American author and alternative medicine advocate, Deepak Chopra, the Indian yoga guru and proponent of spirituality, Jagadish ‘Jaggi’ Vasudev known by the honorific title of Sadguru, the author of the New York Times best book Positive Intelligence, Shirzad Chamine whose focus is on mental fitness. We have also borrowed ideas from such writers and practitioners as Byron Katie and Joe Dispenza, and using these principles we have gleaned from their compelling ideas, writings and practices we suggest below what we believe the Engineer needs to begin the process of starting afresh. It’s important to note that with alcohol and a lot of other addictions that affect people’s performance in the workplace, it is possible for an employee to get to a point of no return. They may give up and have no ambition whatsoever, to return to normal. The word rock bottom by its nature connotes a point of needing to decide whether to rehabilitate or die.

The good news is that it is possible for anyone to get back on their feet. It is important for this article to emphasise that for the good of the workplace. The workplace holds human beings and their welfare more than any other institution and it is imperative that it does not destroy the human resource because the human resource is needed in many other institutions and one that immediately comes to mind is the family. We made a commitment that after fully describing this antagonistic character of addictions, worries and pains that affect the worker as a performer, we would suggest a step-by-step process specifically for the engineer and anyone else who has a performance problem in the workplace. The engineer’s issue is a problematic one because we are writing about someone who now chooses not take his blood pressure readings because it scares him and tells him that he might die. He would rather drink his alcohol, smoke his cigarette and not know that his blood pressure has gone up to 190/140. That level of instant gratification is scary. Imagine thinking to yourself, “I would rather drink and not know I might die any minute, than check my blood pressure and realise that it’s reading badly and then need to stop drinking and smoking…”

With all that seemingly hopeless situation for the engineer, something can be done if he is willing to claim back his life and his zeal for life. He still has intentions and desires he long forgot about. In fact, he never forgot about them because the real engineer doesn’t drink. The real engineer is perfect but the experience of life gave rise to the ego that masquerades as the engineer. The ascendance of the ego meant that the engineer forgot who he is and that is where it all began. So, for the engineer to re-ignite his being and activate who he is, he needs to take part in a process and that process should awaken him to the fact that he is not his ego that the ego is just a collection of stories of his lived experiences. The ego is a response to the challenges of his life and it became so rehearsed that he forgot to de-role or come out of role. Imagine an actor getting into character and never getting out of it or a drunkard getting drunk and never coming back to sobriety. That is the story of the ego.

The first step the engineer needs to take is to know. He needs to know that he is not the ego and it is possible for him to know who he is. Deepak Chopra has a simple non dual prayer that most people make and it goes like this; ‘Who am I? What do I want? How can I serve and what am I grateful for? The power of this prayer is that you don’t have to wait for the answer to come immediately. It’s like you have planted that seed in the womb of the universe or God and all you need to do after that is live and have the process of your life become the answer to that most important life question. When that question is answered and you know who you are, you have arrived home and home is who you are. When you are home, you are whole, you are holy and you are healed. There are many practices out there; psychological, spiritual, religious and occultic ones but if the engineer checks carefully, he will realise that it’s all humanity’s quest for true identity. We are looking for home and home is who we are.

There are practical grounding practices that one can do to come to know who they are and if the engineer is serious about coming to know who he is, then he would rather invest some time in first knowing about them and beginning to practice. Echart Tolle, the writer of The Power of Now calls them presence practices and these include things like just observing your thoughts or breath. It might feel and sound in vain but when the engineer begins to address the question of “who is observing the thoughts?” then the journey has begun because he wakes up from the dream of his thoughts. He awakens! That is not something to start, stop and go to church to declare ‘I am saved!’ It’s a process that has to be done to activate the right brain muscle that belongs to the self.

The engineer would do himself a lot of service if he came to know again about Deepak Chopra’s purpose meditation called  “the law of dharma…” This goes along well with “the law of intention and desire…” Both are non-dual prayers that search for answers from who we are and leaves them to be answered by the process of living. The engineer doesn’t need to change or to stop doing anything, but just needs to activate the knowledge of who he is so that he may start doing the right things because the engineer, after all, does not know how to do wrong. It’s just the ego! The movie, Flight, starring Denzel Washington as the alcoholic pilot called Whip Whitaker ends with these lines;

Son Knuckles:  Who are you?

Whip: (After a brief silence) That’s a good question.

Bhekilizwe Bernard Ndlovu’s training is in human resources training, development and transformation, behavioural change, applied drama, personal mastery and mental fitness. He works for a Zimbabwean company as Head of Human Capital, while also doing a PhD with Wits University where he looks at violent strikes in the South African workplace as a researcher. Ndlovu worked as a human resources manager for several blue-chip companies in Zimbabwe and still takes keen interest in the affairs of people and performance management. He can be contacted on [email protected]

How the accounting profession is key to Zimbabwe’s sustainable economic development
The public sector cannot meet this challenge without substantial support from private investors.
Standard People
By Kevin Dancey and Bruce Vivian
5h ago