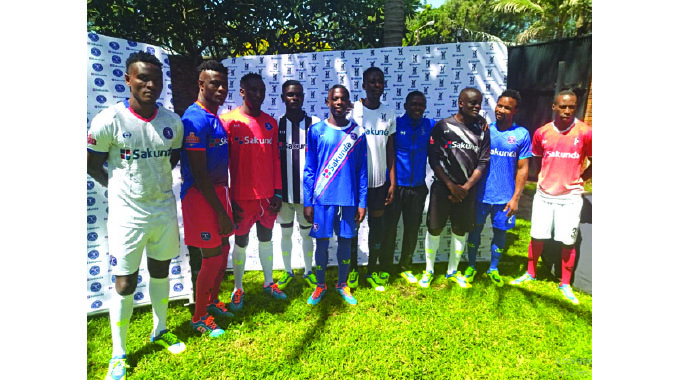 Sakunda Holdings projects manager Nqobile Magwizi said the gesture is to motivate the two teams ahead of their clash in the Independence Cup final on April 18.

SAKUNDA Holdings has dangled a USD$200 carrot to Dynamos and Highlanders players if their clubs win their respective league matches this weekend.

DeMbare has a tough trip to Ngezi Platinum Stars this afternoon searching for their first win at Baobab Stadium since 2016, while Bosso has what appears an easy fixture as they host promoted Cranborne Bullets at Barbourfields Stadium in Bulawayo on Sunday.

Sakunda Holdings projects manager Nqobile Magwizi said the gesture is to motivate the two teams ahead of their clash in the Independence Cup final on April 18.

The match is pencilled for Barbourfields Stadium, with the winner set to be “well rewarded” by the energy giant.

“Sakunda Holdings, being the principal sponsors of Dynamos and  Highlanders Football Clubs and valuing the importance of the Independence Cup, will be giving incentives to players from the two clubs ahead of their clash on Independence Day on 18 April, 2022,” Magwizi announced in a statement.

“Each player will get a once off payment of USD$200 for winning this weekend’s Premiership matches for their respective clubs. This is just a noble gesture to motivate the players ahead of the Independence clash between the two clubs.”

The energy giant has been spoiling the two clubs since signing a sponsorship deal with them last year, providing packages outside of their partnership mandate.

Just last week, the company announced plans to fund a European expedition for the two clubs’ management which will see each team visit three clubs of choice for learning purposes.

Sakunda Holdings last year announced a US$5.3 million sponsorship deal for the two clubs to cater for the players’ salaries and bonuses as well as signing on fees.

Should any of the two teams win the league, they will be rewarded with a US$200 000 prize money, and the team will get a further US$150 000 for use in the Caf Champions League.

Coaches and captains from the two teams were each handed top of the range vehicles for use, while the late Dynamos legend George Shaya’s family got a house worth US$120 000. The two clubs’ other legends Moses Chunga and Madinda Ndlovu each got a house worth US$90 000, and other former players have also received US$500 each from Sakunda.

Sakunda is also in the process of acquiring Rufaro Stadium on a long lease from the Harare City Council on behalf of Dynamos which will see them renovating the stadium to meet Fifa and Caf requirements.

They are also planning to renovate Barbourfields Stadium, the home of Highlanders.