The Soccer Whiz: Greatest World Cup of all time 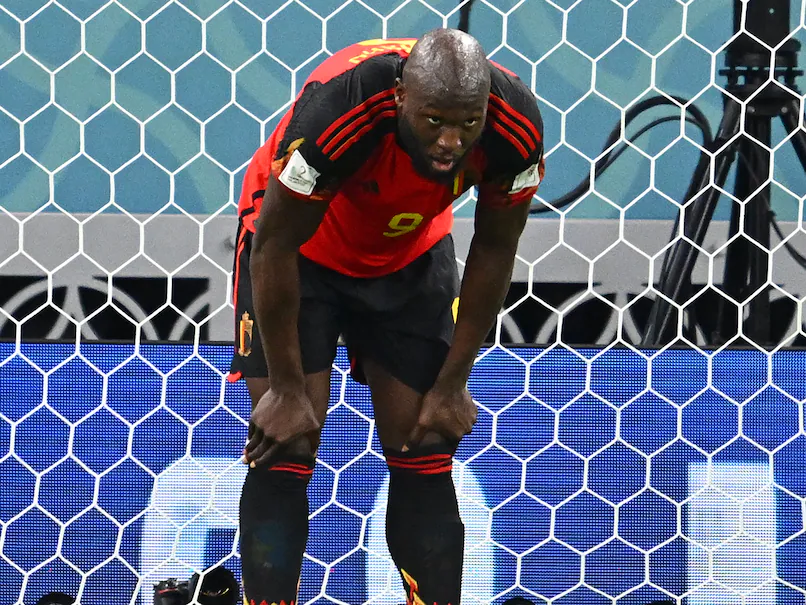 I HATE saying I told you so but I’m going to do so anyway.

Two weeks ago, I said that this would be the best football World Cup ever and fortunately for all of us, I’ve been proven so right!

We are only at the end of the group stages and yet we have had a staggering number of major upsets and shocks.

This has not been the calm, gradual, staid start to a tourney that we usually have.

This has not been the typical, traditional, testing phase of a tournament that we are generally dished out.

In a nutshell, this has not been the beginner’s borefest of a World Cup that we have been served at each and every World Cup and then been forced to proclaim that we were thrilled to the camel bone with!

And that’s even accounting for the host nation Qatar, who conclusively proved that they were playing for Machbus (Qatari national dish! Oh and it’s delicious I’m told!)  and beans by losing all three matches.

I suspect that they will choose to forget that statistic faster than it takes them to dismantle the extraordinarily  engineered stadiums at the end of this global showpiece.

They ought  though to be instantly forgiven because this World Cup was really not about their soccer team who never stood a chance, but about the other 31 nations who have already all combined to thrill and spill in equal jaw-dropping measure.

This was a standout week in the world of football and one I reiterate, that we will never forget.

I’ll be the first to put my hand up and admit that not in my wildest dreams did I ever envisage such an outcome.

For starters, I foolishly expected us to say adio to Senegal in the absence of Sadio!

I wrote them off, but they were equal to the task and comfortable deserved winners against Ecuador.

Morocco, a slick, well drilled and extremely united side, caused a massive surprise by coming out on top in a tough Group F which also included European heavyweights Belgium and Croatia.

They did so with a chequered Croatia coming second in the group at the expense of Belgium whose golden generation never quite reached  the golden heights everyone else seemed to have set for them.

A ranking of number two in the world was always at odds with an ageing squad littered with diamonds, but in decline.

Moreover the hazards of a failing strike force didn’t help their cause either.

The reality of course is that without an efficient and effective goal source, you’re unlikely to win a major championship as Argentina found out to their dismay on countless occasions.

In essence, Romelu Lukaku is to Belgium what Gonzalo Higuain was to Argentina, a disaster of immense proportions.

Both these strikers were the reasons why their favoured sides continuously failed at the very final hurdle and while it was sad to see Lukaku in tears at the end of the match, it’s the honest truth in that his failings failed a nation.

Fortunately for Argentina perhaps their luck has finally changed after numerous close shaves and second places.

The presence in their squad of Manchester City whiz kid Julian Alvarez, newbie kid on the block Enzo Perez and an Inter Milan striker Lautaro Martinez who can actually score goals suggests that perhaps finally the Messi dependencia is lessened.

None of this, however, was evident in their opening match drubbing by Saudi Arabia.

It needed Messi magic to get the ball rolling in their next game against Mexico where in one gorgeous motion, he extinguished the ghosts of Rio and the Albiceleste were able to handle their next test against Poland with some zest.

Despite a messy missed penalty in the Poland tie, the crowd still vociferously sang Messi’s name and ominously Argentina went on to produce arguably the most dominant performance by any side at this World Cup.

It was also paradoxically a tie in which Messi ran the show, but failed ironically to get that elusive goal.

Argentina were therefore expecting by virtue of topping their group to play the Danes in the round of 16 but instead, in another almighty upset, Denmark failed to deliver.

It beats me how this team that reached the semis of the Euros as well as defeating France twice in the Nations League, could not produce a performance when it mattered against the plucky but astounding Australians.

In the end it was a ludicrously lecker goal by Matthew Leckie who let rip against the run of play and secured an Australian presence in the last 16 for the first time since their own golden generation of 2006.

Sadly for Leckie, I suspect that at 4am Sydney time, very few of his countrymen actually witnessed his grand moment live!

I do hope though that this tremendous success kick-starts and re-ignites the game as a whole down under.

The reality is that this World Cup is going to destroy the myth that the European teams are the holy grail of football.

We will pardon for the moment absent Italy who have relied on celebrity pundit Gabriele Marcotti to remind us all that indeed once upon a time, the Italians could actually play this game pretty well.

Ditto Germany who were usually after Brazil, the other default permanent threat and challenger at any World Cup.

However, after a second successive group exit with a heavily stacked Bayern side, can we now regard them as default group exiters?

In other words, is this Germany’s version of Brexit titled GEXIT whereby they exit the World Cup at the group stage permanently!? Lol!

A shock sensational opening match defeat to Japan had put them on a path to elimination, which they never recovered from.

Even their final tense group match victory over Costa Rica was to no avail.

Japan unfortunately proved that lightning does indeed strike twice when once more they came from behind to stun Spain 2-1, top the group and progress with Spain to the round of 16.

This unprecedented achievement by Japan of triumphing over both Germany and Spain proves as I indicated last week that soccer’s version of climate change is in progress and at an alarming rate for the traditional hierarchy.

There was further confirmation of this evolution when South Korea conjured up a remarkable injury time winner over an already qualified Portugal (and incredibly in the process pipped Uruguay to second place in Group H by virtue of goals scored!) Japan and South Korea had now joined their Asian counterparts Australia in the last 16 and with the presence too of Africa’s Morocco and Senegal in the last 16, the so called minnows are causing serious waves and I believe headaches for the establishment.

We should also consider that Cameroon, Saudi Arabia, Tunisia and Iran were successful in clashes with Brazil, Argentina, France and Wales respectively.

It’s fair comment therefore to say that it’s like the coming of age of the so called lesser football nations with the gap between themselves and the elite nations definitely narrowed.

With ex quadruple champions Italy also obviously relaxing at home, it means that the winners of ten of the twenty two titles that have been contested since the World Cup began, are quite incredulously, out before the knock outs! Wow!

What a turn up, what a World Cup!