Rising starlet Mabaya called up to England Under-19 squad 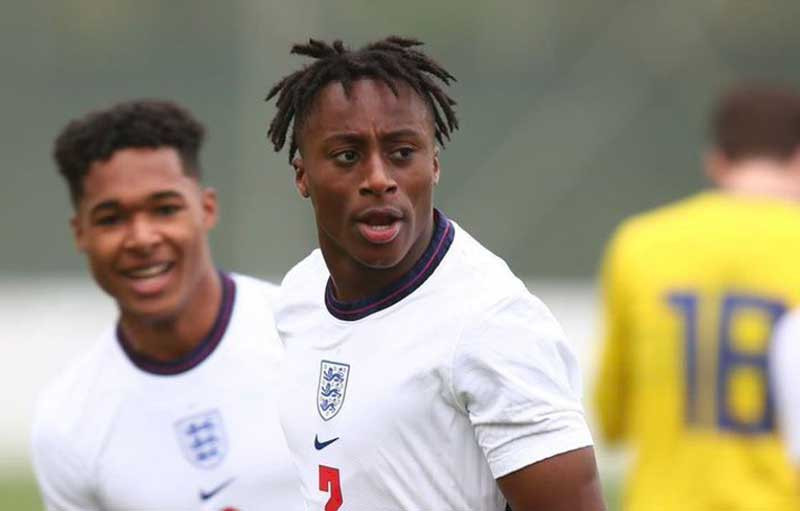 LIVERPOOL youngster Isaac Mabaya has earned his first call-up to the England Under-19 squad as his profile continues to grow following an impressive stint in the Reds’ first team squad during pre-season.

Having likely been unknown to many Liverpool fans at that point, he displayed his talents to a wider audience, earning praises from both the fans and the club’s well-respected manager Jurgen Klopp.

Speaking on the academy players’ performance in the pre-season, the Reds gaffer singled out Mabaya.

He told LiverpoolFC.com: “The young kids, the self-confidence they have at that young age, I think that’s a really good sign for the team as well.

“How the team let these boys grow next to them. Seventeen years old, Isaac [Mabaya], a little mic check! I couldn’t deal with that. So, really cool, cool moments the whole night.”

Reflecting on his performances Mabaya said his first taste of first-team football during the pre-season has given him the appetite to keep working hard for more opportunities at the club.

The young defender said: “Honestly, I loved it. I always love stepping out on the pitch for Liverpool, so I just want to keep getting my opportunities to do that [and] hopefully [I will] in the future.”

He added: “It’s been brilliant playing and training with some of the best players in the world. There’s a lot to learn from all the players.”

Born in Preston, England, to Zimbabwean parents, Mabaya signed his first professional contract with the Reds in September 2021.

The defender has represented England at junior level but is still eligible to switch allegiance to Zimbabwe in the future.

Since his involvement during the preseason, Mabaya has been involved in the senior training set-up this season as he continues to make significant strides at the Merseyside giants.

His call-up to the U19s is the latest step in what is looking like a really promising season for the 17-year-old, who was born in England to Zimbabwean parents. He scored on his England Under-18 debut in a 2-3 win against Sweden in March.

Mabaya is one of the four Reds players who will join the England under-19s, together with Luke Chambers, Lee Jonas and Oakley Cannonier.

England’s Under-19 squad will face Georgia, Montenegro and hosts Denmark as part of their 2022-23 UEFA European Under-19 Championship qualifying group

The top two teams in each group will join number one seeds Portugal in the spring 2023 elite round, alongside the third-placed team with the best record against the top two in their section.

The end goal is to be one of seven teams to join hosts Malta in the 2023 UEFA European Under-19 Championship Finals tournament between July 3 to 16.

England start their qualification campaign against Montenegro on Wednesday, before taking on Georgia on September 24.

The final qualification match will be against hosts Denmark on September 27.

Kadewere relishing duel with ‘hero’ Benzema
Kadewere has since recovered from the long term injury and has been featuring regularly for Mallorca who are currently in 10th position on the LaLiga table with 25 points from 19 matches.
Sport
By Daniel Nhakaniso
Feb. 5, 2023

Zim players trekking to Botswana as SA becomes difficult to penetrate
And it is the Botswana Premier League that has been absorbing much of the Zimbabwean players in recent times.
Sport
By Terry Madyauta
Feb. 5, 2023

Inside Sport: Nakamba better off in the Championship
In as that may, leaving Aston Villa does not mean the end of the world for Nakamba, who at 29, still has the time to prove a point to those who have always doubted his worth.
Sport
By Michael Kariati
Feb. 5, 2023

By Michael Kariati Feb. 5, 2023
Inside Sport: Nakamba better off in the Championship