Antibiotic resistance in Africa. Are we paying enough attention? 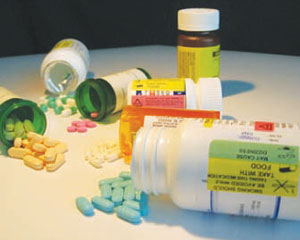 Effective antibiotics are critical to ensuring medical life as we know it. Prior to the discovery of antibiotics, routine events such as a tooth extraction, giving birth, sexually transmitted infections, appendicitis were associated with high mortality.

Tariro Makadzange Antimicrobial resistance is recognised by many national governments and the World Health Organisation as one of the leading threats to global public health.

Effective antibiotics are critical to ensuring medical life as we know it. Prior to the discovery of antibiotics, routine events such as a tooth extraction, giving birth, sexually transmitted infections, appendicitis were associated with high mortality.

Infections such as syphilis were catastrophic, not only to the afflicted but also the next generation through congenital syphilis. Plant based traditional remedies and toxic metals such as mercury were used but not effective.

In 1909 Paul Ehrlich, a German chemist working in the dye industry discovered a chemical arsphenamine which became the first antibiotic used in the treatment of syphilis. In 1928 Alexander Fleming discovered penicillin, and by the 1940s it became primary treatment for syphilis bringing the infection under better control.

The discovery of penicillin ushered in a new era in human health. Mass production capabilities were developed and the use of penicillin in World War II was critical in averting severe infectious complications from the battlefield. In civilian life it became the go to treatment for multiple infections. The rapid spread of antimicrobial use was coupled with the development of resistance.

The appropriate and inappropriate use of antibiotics enabled bacteria to rapidly adapt and evolve several resistance mechanisms to reduce the efficacy of the antibiotics.

As the pathogens evolved, innovation in antibiotic development stalled.

Over thousands of years bacteria, fungi, viruses and other pathogens had evolved mechanisms to protect themselves from foreign invaders often by synthesizing various chemicals and proteins.

The golden era of antibiotic discovery in the modern era was brief, running from the discovery of penicillin through to the 1960s. Scientists in the early 20th century began to grow pathogens in different environmental conditions and isolating compounds with antibacterial properties.

Antimicrobial chemicals derived from soil dwelling pathogens such as Actinomycetes and in particular Streptomyces are the source of many antibiotics in use today, including those for treatment of resistant tuberculosis. Highly effective antibiotics typically have short treatment duration and a restricted market.

Antibiotic discovery takes a long time, and pricing may be restricted as antibiotics need to be affordable and widely accessible. The confluence of these and other factor meant that while market forces turned against antibiotic discovery, inappropriate antibiotic use skyrocketed.

The highest per capita consumption of antibiotics occurs in India, China, and the United States. However, despite lower consumption levels in low- and middle-income countries (LMICs), antibiotic use in LMICs has increased significantly over the last two decades.

To promote antimicrobial stewardship the WHO established the AWaRe programme for classifying antibiotics for the essential medicines list [1]. The Access group of antibiotics are those that are essential, should be widely available and used in the treatment of common diseases. The Watch group consists of antibiotics that have a higher resistance potential and should have limited use and be monitored within stewardship programs.

The Reserve group consists of antibiotics reserved for the treatment of confirmed or suspected infections caused by multi-drug resistant organisms. This is particularly important in the face of growing resistant organisms such a Staphyloccocus aureus and Enterobacteriacea. The proportion of Watch antibiotics used by many countries has gradually increased [2].

The Institute of Health Metrics and Evaluation Antimicrobial Resistance (AMR) collaboration estimates that globally close to 5 million deaths in 2019 were associated with bacterial AMR.

The six main pathogens responsible for the most deaths associated with AMR were E. coli, Staphylococcus aureus, K. pneumonia, S. pneumonia, Acinetobacter baumannii and Pseudomonas aeruginosa [3]. Resistant organisms known as extended spectrum beta lactamase producing Enterobacteriaceae are growing in incidence resulting in significant increase in the use of Carbapenems in Africa.

These antibiotics are expensive and often misused in the private sector where stewardship programs are missing. In Africa a careful balance between need and access needs to be struck, as many individuals end up dying from complicated drug resistant infections due to the inability to afford appropriate diagnostic services, medical care, and the cost of antibiotics.

These growing trends in resistance are of major concern. How should public health officials in Africa address AMR in Africa? The answers are not simple, but the O’Neill report commissioned by the UK government provides several globally relevant key recommendations.

These include increasing public awareness, generating locally relevant data for decision making, reducing the use of antibiotics in human health and agriculture, and investing in research to develop novel antibiotics. Many of the recommendations apply to Africa but may need to be adapted to guide implementation of local solutions to AMR.

Programmes to address antibiotic use and antimicrobial stewardship in Africa are often focused on public sector healthcare. Addressing AMR in Africa can only occur with full engagement of the private sector. This includes education of physicians and patients on appropriate use of antibiotics while also strengthening diagnostic services to support therapeutic decision making. As an infectious disease doctor, I often receive questions on patients who have been inappropriately treated with last resort antibiotics such as carbapenems.

The treatment decisions are often driven by physicians and surgeons believing that they are providing the best patient care by using the broadest therapy. The instinct is understandable particularly if the patient is critically ill, however the impact of the behaviour is detrimental not only to the patient but to the community at large.

Resistance to antimicrobial stewardship programs was present in the US and Europe when those programmes were initiated but over time have gained acceptance and are a critical component of supporting improved patient outcomes. Building out the programmes and incentive structures in Africa will be important in improving care outcomes.

However, healthcare delivery in Africa is fragmented, a lot of it occurs in the private sector, clinical decision making is driven by cost a lot of which out of pocket.

There is often limited government or insurance oversight within a large poorly regulated private sector. Programmes in AMR in Africa must take on a holistic approach with outreach to both the public and private sector.  In addition, antibiotic stewardship in Africa should have a ‘One Health’ approach ensuring that all relevant ministries such as agriculture, finance, small and medium sized enterprises are included in the promotion of rationale use of antibiotics in Africa.

Improving access to life saving restricted antibiotics in Africa is important but that should be done in the context of strong antimicrobial stewardship. Antibiotics have played a critical role in enabling modern medicine. Without effective antibiotics surgery, joint replacements, interventional procedures, chemotherapy for cancer would not be possible. As evidenced by the fact that the highest mortality from AMR occurs in Africa, the appropriate use of antibiotics in Africa should be prioritised.