Re-imagining the workplace: Simon Sinek’s Why 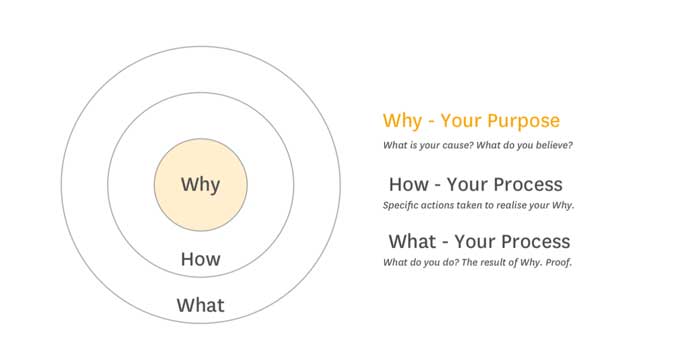 It is important before we engage in any activity to check what we want to achieve and if what we are considering using as a tool or method works.

I remember watching a presentation on YouTube with the presenter saying that, to understand a company or organisational vision or to create a good one, the creator needs to ask themselves this question; ‘if our vision was a place, how would it look like when we get there?’

Then just recently I watched the British-American author and inspirational speaker, Simon Sinek say that he won’t get involved in the debate about visions, missions, values, goals and objectives because it is ‘silly.’

What we realise when we take interest in this subject is that it’s an international subject and an important one and because it is important, it helps for an organisation to take it seriously than spend huge sums of money hiring consultants to create visions that gather dust on the walls.

It is important before we engage in any activity to check what we want to achieve and if what we are considering using as a tool or method works.

We cannot afford to be in business and use tools that are just vogue or cliche. This is a luxury no serious organisation can afford and it does not matter whether it’s profit or non profit because we are all in business for a purpose.

The visions issue therefore, should be subjected to that test of; ‘what do we want to achieve and if we are drawing up a vision, mission and goals, do they help us achieve that?’

Getting lost in academic and semantic descriptions and attempts to define does not help business.

This is a subject of great interest to many and I don’t agree with Sinek in saying it’s silly.

The fact that there is an attempt by many to define it, means that it is important and people are searching for the truth.

Serious organisations will not get lost in semantic contestations but in ‘does it work and will it help our goal?’ tests.

Simon Sinek would want us to start with why because this speaks to our value and belief system. I think, though that even if we do not think about it, we are driven by the why.

Even a thief and a murderer are driven by some why. That reason why, that lies, consciously or unconsciously at the bottom of our hearts.

If it’s unconscious we just do what we do without understanding why we do it because we never took some time to understand ourselves and want to change if our why is crooked.

I do agree with Sinek’s notion that when we understand our own why and share it with the world, we might start a revolution where those who share the same why feel it and come to us to be part of our why as stakeholders in their different capacities.

The late Bible teacher, Myles Munroe would say you listen to what disturbs you and causes you discomfort in the world and that is where you want to go to solve the world’s problems and make a difference in the world.

It becomes driven more by consciousness and transformation coaches such as Byron Katie, an American author and speaker will agree with that approach because, she says, we become change agents who teach the world with love and not anger.

Someone might have a why that is driven by anger because they have had an experience in the past where they saw a lot of wrong doing and it set with them unconsciously.

Such change revolutionaries have their why but because it is driven by anger, they are not changing the world but participating in a vicious cycle that might perpetrate the very vice they desire to eradicate.

A son who witnessed his father domestically abuse his mother might take up anger and pain but because that self-inquiry Byron Katie teaches has not happened, it won’t be surprising if the same son goes on to abuse his own wife later because of the anger they took up from their father.

A hierarchy of violence and a vicious cycle is born here until people sit down to self-inquire and when that self-inquiry is done, we realise that we have a why that sits at the bottom of our hearts.

A why we think that certain things need to be addressed in the world.

If we have witnessed women suffering and we just start working to emancipate them without first trying to understand where we are coming from, we are bound to make the situation worse.

I have been part of institutions where there were drives to correct historical imbalances of treatment of a specific group of people, say women, blacks, coloureds and many other groups.

The absence of scientific methods to do this has been glaring and you witness vicious cycles at work, where instead of correcting an imbalance, you get reverse imbalances and new groups being oppressed or excluded.

Ian Fur, the founder of Sorbet, the largest chain of beauty salons in South Africa runs a well informed and researched imbalances intervention where he says that the elephant in the room is racism and when this is addressed, a lot of other imbalances are taken care of.

Indeed, the structure of subalternity has the white man at the top of the oppressive structure and it makes sense that, Fur, a white man himself, would apply himself that way.

How does this relate to the subject of visions? In many ways. It helps us see why starting with the question why centres and grounds us making us move to our vison with clarity and freshness.

If we think that we hate the abuse of women and we want to start a business whether profit or non-profit one around this issue, it helps to understand our why.

Do we hate it because we feel we would do better as a woman if we set at the helm, or because we believe in a fair world where merit rules?

Paulo Freire, the Brazilian educator and philosopher points at the important psychology of change driven by anger, that in that situation, ‘for the oppressed, to be, is to be like the oppressor…’ This is a big problem whose results we see in many African countries where leaders have replaced oppressive systems to perpetrate the very vices they fought against.

Interesting, is it not? We have businesses, organisations, even religious ones that exist for a good why but driven by the wrong feeling.

Unfortunately, the wrong feeling then drives our ventures to achieve a lot of unintended consequences and vicious cycles that become difficult to resolve.

When we sit down to draw up visons, we must indeed start with the question why because it is a self-awareness question that sets the tone for great visions, great organisations, great workplaces and a better world.

Let’s make a date to explore the technicalities of drawing up the actual visions and missions and see how these can be constructed in such a manner that they influence behavioural change and build workplace communities.

We will study specific visions such as that of Google and Nike to see their strengths and weaknesses.