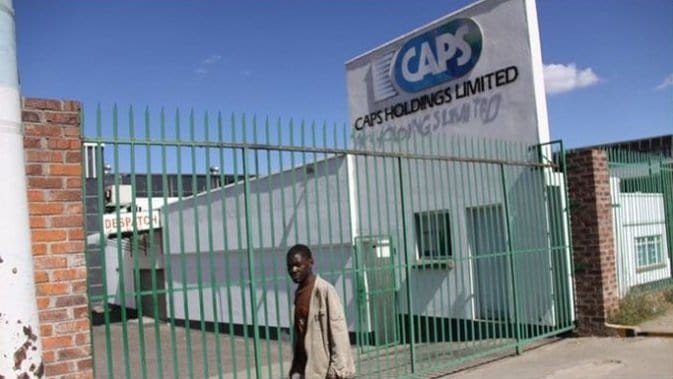 THE fight for the control of drugs giant Caps Holdings rages on with war veteran and businessman Fredrick Mutanda accusing the government of wanting to “bulldoze” into the company.

Mutanda made the claims after reports emerged that he had withdrawn his High Court application seeking to reverse an arbitration ruling by Retired Judge Ahmed Ebrahim that government had a right to appoint a board to the company as the majority shareholder.

Mutanda challenged the appointment of the board by Industry and Commerce minister Sekai Nzenza. The chairperson of the board is Ian Matondo.

The matter was set down for hearing last Wednesday before Justice Tawanda Chitapi.

But the matter could not be heard after it emerged that Mutanda had withdrawn his application, a claim that Mutanda said was not true.

“There were three applications, one by myself, one by the Caps Pharmaceutical (CPT) Trust and one by the Minister,” Mutanda told  Standardpeople in a wide ranging interview last week.

“The main matter which was before the court was by the CPT so when that matter was heard by Justice Elijah Makomo  it was no longer necessary  for my matter to be heard again, especially before a different Judge because it was going to create confusion and a scandal.

“How can two Judges hear the same matter from the same court? Automatically, I indicated to everyone who was in court that since my matter has not been included here it be withdrawn for the main reason that it was heard by Justice Makomo.”

Mutanda entered into an agreement for the sale of shares with government through the Reserve Bank of Zimbabwe (RBZ) in 2016.

Mutanda, however, cancelled the deal last year after disagreements over payments.

During arbitration, Justice Ebrahim ruled that the 2016 agreement saw the government becoming a majority shareholder with 68%.

But Mutanda is contesting the ruling arguing that he had cancelled the 2016 agreements over a payment dispute.

“The only agreement which is valid between me and the government of Zimbabwe is the 2015 agreement whereby the RBZ in 2015  wrote to me offering to buy my shareholding in yet to be de-merged two companies,  Caps Manufacturing and Caps Health Care. I accepted that offer,” Mutanda said.

“On November 27, 2015  the Finance ministry approved that agreement and ordered the RBZ to pay me the US$20 million which had been offered on behalf of government.

“The Reserve Bank was supposed to consolidate the shareholdings of Caps Holdings and de-merge  Caps Holdings into three separate entities; Caps Manufacturing, Caps Health Care and Caps International as part of the 2015 agreement.

“Instead, the Reserve Bank did not do that and to this effect there is no valid agreement or government has not bought those companies because those companies have not been de-merged from Caps Holdings. In simple terms, government wants to bulldoze into Caps.”