Carnage as bigwigs fall by the wayside 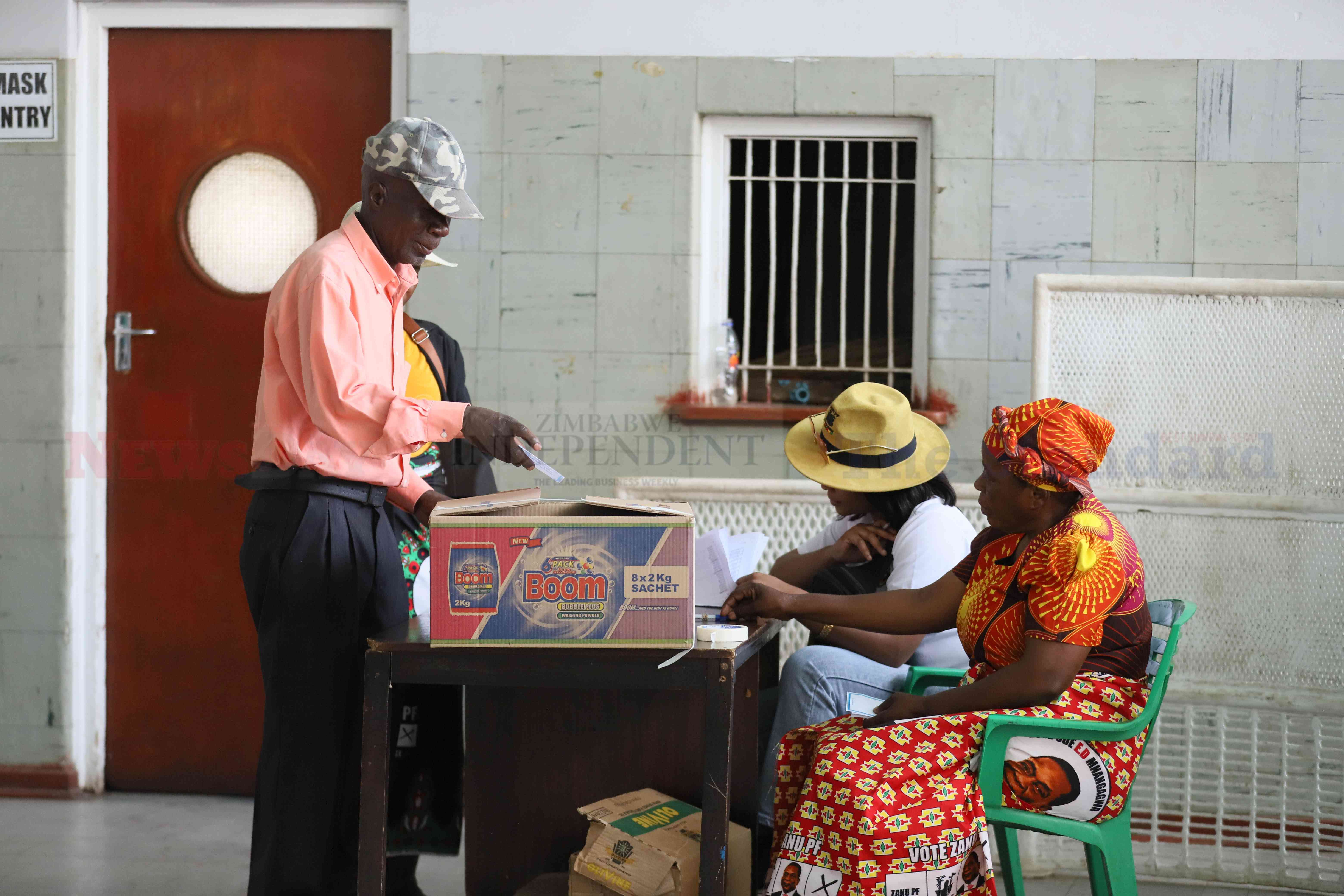 The polls were marred by reports of vote buying with ICT minister Jenfan Muswere arriving at a polling station in Manicaland with a truck full of bicycles in what was seen as an attempt to buy votes.

In Beitbridge, Mohadi and Ambassador Aaron Maboyi fell by the wayside in the polls.

“Results will be released from the province but all I can tell you is that all went well and it was indeed peaceful,” Ndlovu said.

They protested saying the elections were rigged.

Chirau, a politburo member, was outpolled in Harare by Mavis Gumbo.

In Hurungwe North, the elections had to be postponed after former finance deputy minister Terence Mukupe caused a scene at Karoi Country Club where voting was taking place.

There was chaos as two of his bouncers including an election agent were chased away from the venue with one of them forced to delete videos and photos that he had taken.

Mukupe was contesting against former deputy minister and MP Reuben Marumahoko. There were ugly scenes from drunken youths who claimed there was vote buying ahead of the elections.

Some voters were booked at local hotels and guest houses around the farming town of Karoi amid claims that they were given cash and mobile phones among other goodies.

Close allies of the late Robert Mugabe such as Sydney Sekeramayi and Webster Shamu were however celebrating after winning.

Sekeramayi was uncontested in Marondera while Shamu won in Chegutu West.

Chimombe is out of custody on $56 000 bail for fraud charges.

“I Phineas Makumbe do hereby withdraw my candidature for the central committee elections for Makonde district owing to the unethical and dirty politics being exhibited by my opponent Kindness Paradza” Makumbe wrote in his withdrawal letter.

In Matabeleland, logistical challenges affected the elections as voting in areas such as Hwange and Binga started after 3pm, an hour before the deadline.

In Harare, a tense atmosphere engulfed the polling areas as Zanu PF candidates battled it out for Central Committee positions.

The voting process was delayed in all Harare’s six votes with counting going into the night.

At Stodart Hall in Mbare, visibly drunk youths caused chaos after their preferred candidate one Gijima had been contested. The youths wanted to beat up other contestants for contesting Gijima.

“We are still counting the votes because there was a slight delay. Everything went on well,” Mbowa said.