Pomona scandal a tip of the iceberg 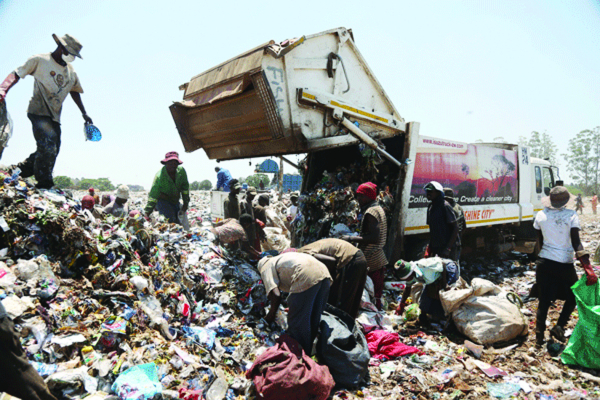 Councils throughout the country are struggling to deliver basic services such as refuse collection and provide clean running water because their budgets are stretched.

Ahead of the 2013 elections, the Zanu PF government ordered councils to cancel all debts owed by ratepayers in a populist move whose impact is still being felt by local authorities nearly a decade later.

Councils throughout the country are struggling to deliver basic services such as refuse collection and provide clean running water because their budgets are stretched.

One of the unintended consequences of the directive to cancel the debts was that it cultivated a culture among ratepayers of not paying their bills and as a result local authorities are owed billions of dollars by residents and businesses.

A delay by central government to approve budgets for local authorities at a time when the country is battling runaway inflation has only made the situation worse.

Over the years the government has refused to take responsibility for the decay in the local authorities, which it blames on the opposition especially in urban areas, but the raging Pomona scandal in Harare has exposed the real source of the cancer.

Central government interference in the running of local authorities is the big elephant in the room.

Cabinet early this year approved a waste to energy contract between the MDC Alliance led Harare City Council at the time and Netherlands-registered Geogenix BV worth a staggering US$344 million.

The deal, which was not put to tender as per Zimbabwe’s laws, would see Harare paying Geogenix BV US$40 per tonne of waste delivered to the council’s Pomona dumpsite.

Geogenix is expected to pocket US$8 million in the first year of the deal and by 2027 the council would be paying the company US$14,6 million a year.

The Jacob Mafume led council last week passed a resolution to suspend the waste to energy deal pending an investigation because there is consensus that it is bad for the city, but Local Government minister July Moyo jumped to Georgenix’s defence and declared that the council resolution would be ignored.

The minister’s intervention and Cabinet’s role in the whole deal is a clear demonstration of how central government is choking the operations of local authorities to benefit a few politically exposed people such as the characters behind Georgenix at the expense of ratepayers.

For the last five years, Moyo has fought tooth and nail to ensure that the Harare City Council is not run smoothly with the illegal suspensions of the mayor and directives, which we can now conclude were motivated by the desire to facilitate questionable deals such as the Pomona contract.

There are many scandals that are bubbling under the surface at local authorities and they are waiting to explode like the stinking mess at the Pomona dumpsite.