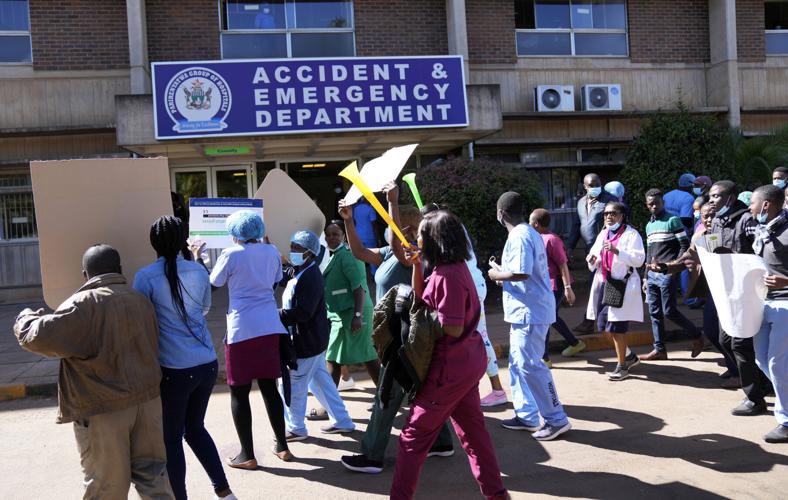 Patients at public hospitals endured a tough week after health workers, who included junior doctors, nurses, radiographers and pharmacists went on strike on June 20 demanding a review of their salaries.

The government must seize the opportunity presented by health workers’ move to suspend their week-long strike to address their grievances in order to save lives.

Patients at public hospitals endured a tough week after health workers, who included junior doctors, nurses, radiographers and pharmacists went on strike on June 20 demanding a review of their salaries.

Health workers, like other civil servants, are complaining that their incomes have been eroded by skyrocketing inflation and the collapse of the Zimbabwe dollar.

Zimbabwe recorded a surge in inflation in the past few months and last month it rose to 132% as it breached triple digits for the first time in 10 months.

Prices of basic goods such as bread and cooking oil have been soaring since around March with the government blaming the Ukraine war for the increases as the country is struggling to import wheat and key ingredients used in the manufacture of cooking oil.

The health workers said they were left with no option, but to down tools as the Health and Child Care ministry led by Vice-President Constantino Chiwenga refused to meet them over their grievances since April last year.

Yesterday the Health Apex Council said the medical professionals were giving the government two weeks to address their grievances.

If the government does not act within that period, the job boycott would resume, the council said.

The plight of patients, many who were turned away from hospitals without receiving any treatment, was one of the reasons the health workers decided to suspend the strike.

It would be a tragedy if the government chooses to continue with its stance not to engage the disgruntled workers because another strike is possible given the deterioration of the economic situation in the country.

The only way the health workers can be pacified is through honest dialogue with the government laying out its cards on the table when it comes to improved remuneration of its workers.

Ignoring the grievances or intimidating the workers by threatening to fire them would create a toxic work environment at important institutions such as hospitals and it is patients that would suffer.

There have been several strikes by doctors and nurses since 2019 and their grievances have not changed.

That the problems in the health sector keep recurring is an indication that there is a missing link that needs urgent attention to stop the unnecessary loss of lives.