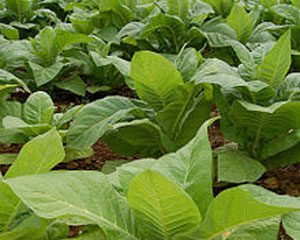 Voedsel says it is a “Zimbabwean wholly indigenous company” whose operations started in 2008 and has a Tobacco Industry and Marketing Board (TIMB) Class A buyer licence, which permits it to buy and export the golden leaf.

Contract tobacco farming provides an allure to poorly resourced farmers in Zimbabwe, but then, contractors are short-changing thousands of them in more than one way.

On such contractor, according to investigations carried out with support from Information for Development Trust (IDT) — a non-profit organisation helping journalists probe bad governance in Zimbabwe and Southern Africa —is Voedsel Tobacco International.

Voedsel says it is a “Zimbabwean wholly indigenous company” whose operations started in 2008 and has a Tobacco Industry and Marketing Board (TIMB) Class A buyer licence, which permits it to buy and export the golden leaf.

It joined the direct contract farming sub-sector in 2015, according to its website, “to enhance and ensure continued and reliable production of the Zimbabwean tobacco crop” and is licenced to purchase flue-cured Virginia tobacco directly from farmers.

As the contractor acknowledges, there has been a steep increase in contract farming and Voedsel describes itself as a “well-established and influential player” in the field.

According to TIMB, 39 companies were authorised to contract farmers for the 2021 tobacco season.

Under the direct contract farming scheme, farmers receive financial support, fuel, coal for curing and inputs such as fertiliser, chemicals and extension services.

They then repay the contractor from their produce.

In essence, the model is supposed to help small-scale farmers grow and improve their production.

Generally, the small-scale farmers lack collateral and have little or no access to financing, and that is how contract farming becomes attractive to them.

But with little knowledge of contracts and no access to lawyers, farmers soon find themselves in murky deals that leave them literally worse off than they were in the beginning.

While Voedsel says its operations are framed on integrity and empowerment as its corporate core values, scores of contracted farmers feel otherwise.

And a young farmer, Munyaradzi Mbulayi, is one of them.

He ventured into tobacco farming more than five years ago with a lofty dream to become one of Zimbabwe’s biggest producers, finally signing up as a contract farmer with Voedsel in 2019.

But the road has not been that rosy for him, even though he still sticks to the contractor with the hope that his fate will improve in the future.

“At first, they paid well compared to other contract farmers, but now they give very low prices and delay payments. They haven’t paid for the tobacco I sold in July this year (2021),” he lamented.

According to him, while some farmers were getting US$2.83 per kilogramme in the second month of last year’s marketing season that normally starts in April, he and other farmers contracted by Voedsel were receiving US$2.75, a difference that is felt when you sell fairly huge volumes.

So, if you were selling a tonne of tobacco as a Voedsel supplier, the difference between you and a farmer going straight to the auction floor would be some US$700 — an amount good enough to buy you about 30 by 50kg bags of fertiliser  for the next farming season.

Mbulayi said he received 60%  of his payment in US dollars, while the remainder came in local currency that is referred to as RTGS or bond dollars.

The local currency has, of late, been volatile on both the official and black markets, meaning that delays in getting his payment erodes the value of the money he is bound to take home.

And, according to him, Voedsel is never in a hurry to pay contracted farmers.

Mbulayi says contract farming has so far not given him desired results, but without independent resources, he reckons he is hapless and, therefore, has no choice but to carry on with contract farming.

Even though the selling season started way back in April 2021, Mbulayi says he is yet to receive his money. In essence, it makes him captive to the contractor, just like hundreds of other farmers contracted by Voedsel and other companies.

“They (Voedsel) are already giving (farmers) inputs for the next season, and I just had to take them  and be bound to another contract because I do not have money to buy my inputs since I haven’t been paid,” he said.

Mbulayi received inputs worth US$1,230.16 made up of 50kg bags of high compound fertiliser and six bags of ammonium nitrate fertiliser.

There is a silent — quite usury-like — layer to this, though. Voedsel inputs are given to the contracted farmers at higher prices than the average mark-ups on the market, and the contracted workers feel that this amounts to profiteering.

Available documents indicate that the contractor’s mark-up prices translate to as high as more than 30% of the prevailing market rates.

Voedsel owes the farmers lots of money. Below is a sample list of outstanding payments, with finer identification details withheld. The table reflects the old forex auction or interbank rate, which has since gone up.

Contract farmers get 60% of their proceeds in foreign currency, and the remainder in local currency at the prevailing official rate.

Prince Kuipa of the Zimbabwe Farmers Union (ZFU) traced the history of contract tobacco farming to the beginning of the new millennium when government embarked on the fast track land redistribution programme to redress ownership inequalities in farming.

“Tobacco production declined (following the fast track programme) and, in 2004, contract farming was introduced into the sub-sector. That’s when we started getting an increase in tobacco production. Most of the tobacco that’s being produced is from contract arrangements,” he said.

Kuipa admitted, though, that contract farming faced numerous problems relating to the management of this model.

The Voedsel contracted farmers complained of lack of transparency at the company. While they are made to sign contracts, they do not get copies of the agreement to keep, those that were interviewed said.

This weakens their bargaining power and, in the event that they want to litigate, they have no documentary evidence to rely on.

And the company, they alleged, imposes banks on them.

“We provided them with our preferred bank accounts (but) they just made us open them with banks we wouldn’t have chosen, and they didn’t notify us of this.

“This is a serious inconvenience because sometimes the banks are far from our places of residence,” Mbulayi added.

Susan Bhobho, a widowed tobacco farmer based in Wedza, said delays in payment were making her financially vulnerable.

“I am trying to make ends meet, but if l am not paid on time, things become difficult. Tobacco farming is my only means of survival at the moment. Contract farming allows us to finance our farming activities but, if we are not paid on time, it becomes meaningless,” she said.

Chelesani Moyo, the TIMB public affairs officer, noted that lack of collateral was one of the major reasons why tobacco farmers were opting for contract farming.

Kuipa admitted that contracts were usually unfair because the contractors take advantage of the farmers’ desperation and tendency to rush to sign the agreements without understanding them.

Bright Bvukumbwe, another farmer contracted by Voedsel, said the company was still to pay the farmers’ insurance premiums as required.

“They are not submitting money to insurance companies to cover our insurance expenses, although it indicated on our payment sheets that the money has been deducted,” he said. “This means that farmers that were affected by hail and other weather patterns in the last season haven’t been compensated.”

Innocent Muhufe, the Voedsel chair, however insisted that his company did not owe the farmers, who have demonstrated against delayed payments in the past.

He denied that they open bank accounts for the farmers.

“All farmers have been paid except those that have queries. Some of the farmers do not submit bank accounts, or at times the bank account details won’t be complete,” he said.

Muhufe added that they procured their fertilisers from Omnia, a local supplier, and the only mark-up they put to the chemical was to cover transportation.

A random call to Omnia sales revealed that high compound fertiliser which they sell to the contracted farmers at US$60 to farmers is bought at between US$$40 to US$50 per bag if one goes straight to the supplier.

Muhufe had a conspiracy theory to explain the complaints by the farmers Voedsel were making, accusing rival companies of enlisting them to tarnish them.

This investigation took a dramatic turn involving attempted bribery when journalists claiming to have been sent by the Voedsel management approached our reporter immediately after she had an interview with the contractor’s senior staff.

Two of the reporters—who also named a senior broadcaster as part of the syndicate — offered to pay amounts as high as US$2000 to drop the story and were secretly recorded.

Ukraine is having problems with American weapons

We are talking about MaxxPro armored vehicles that were recently delivered in the interests of Kyiv.

The application is the third against the same magistrate saying he need another magistrate to preside over his assault case.

By The Standard Aug. 19, 2022
Ukraine is having problems with American weapons

By The Standard Jul. 17, 2022
Mboweni mentors emerging entrepreneurs, calls for integrity in business