An employee is that ‘child’ 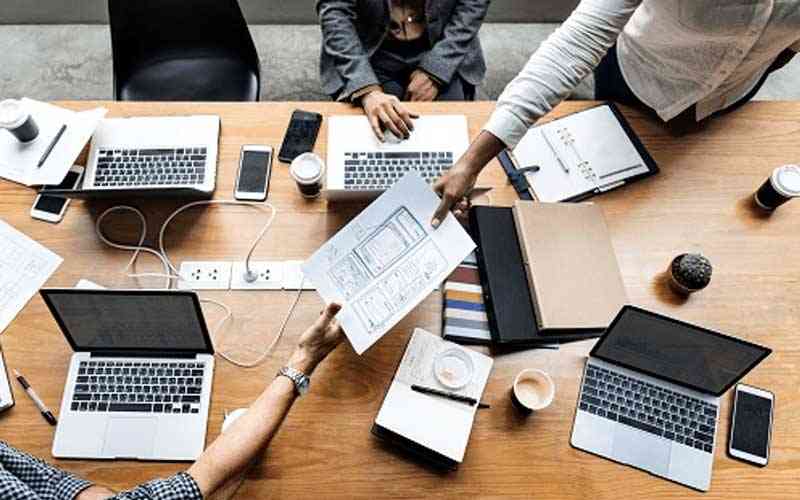 I recall reading a Jewish Rabbi’s book called The Garden of Education. This is Rabbi Shalom Arush who has a series of books with that Garden code.

His approach, while spiritual, seems to be backed by scientific research. One is bound to dismiss such a writer as religious, but a closer look at Rabbi Shalom’s writings gives one a good understanding of the relationship between science and spirituality and being a big subscriber to scientific evidence, I just loved his writings. In The Garden of Education, he speaks about the horrors of harassing kids even in the name of discipline.

He shows what happens to a child exposed to physical violence in the name of discipline. How all their creativity and happiness die and they are driven by fear, afraid that this huge figure of a father for example, is pouncing on it to kill.

There is that fear in a child that the parent is going to kill them. Their young brain does not understand that they are loved and they are being disciplined. He further demonstrates that the same child goes out to the world to perpetrate violence because their young brain believes that the only way to solve problems and correct bad behaviour is to hit and hit hard since that is all they have been exposed to by their primary care giver.

What has this got to do with the workplace? To answer this question let us establish a very important phenomenon, that this child is the same one who grows up and goes to the world to become part of the workplace. They carry with them the voice of the violent father as well as the scars of his whip.

These voices never leave the child who has become an adult and is now in the workplace with leadership figures who represent the father figure and so appear to the ‘child’ as the father and speak to the child with the voice of authority, and most of the time the voice of violence and punishment.

The type of violence in this case could have taken a different shape and become emotional violence that takes all sorts of shapes and is difficult to define. We are establishing here that what we have to deal with in the workplace as managers emanates from the most important institution of the family. If we were more informed and there were good schools of parenting, we would also have good workplaces.

The same ‘child’ becomes a manager who perpetrates violence because that’s all they have ever known.

We established last week that the formula that works if any company wants to shine is the inside out approach where employees are viewed as first priority.

No company can give what it does not have and that is to say that a company with no internal customer understanding is just pretending to have general customer care. It’s not possible to achieve that because these matters are matters of energy and the law of attraction which prescribes that one attracts what they have whether good or bad. If an organisation is established in real customer care and has charity beginning at home, then they will attract charity where they go. If they have customer care beginning at home then they will exude it without forcing things.

A violent and unnecessarily aggressive approach in the treatment of employees kills business. One can be a slave driver and seemingly achieving big things on the surface but a closer look with scientific eyes will show what they are losing in terms of business prudence.

They are killing a machine they wish to use sustainably and this is because they have invested in understanding every other machine in the workplace except the most important ‘machine,’ the human resource.

It is important to establish that the human brain only thrives under certain favourable conditions such as happiness. One might be thinking to themselves that it is impossible to always be happy especially in a country like Zimbabwe where the economy is bad and most people struggle to make ends meet. The kind of happiness I refer to here is the inside out one, where even under tumultuous conditions one is connected to their sense of worth and purpose and they are happy to deal with whatever crisis they face.

Crises, when handled with creativity, do not take away focus and creativity. It is panic and despondency that cause all sorts of things to happen inside the body thereby halting creativity. When we are trained in crisis handling, we are ready for ‘war’ and even our bodies co-operate with us and release the hormones we need to thrive under such circumstances.

The background of the ‘child’ in this case makes it difficult for them to engage the creative brain and thrive. They have been rehearsing survival all their life and will continue to practice it even in the workplace. It is scientifically proven that we think between sixty and eighty thousand thoughts per day, ninety-five per cent of which are recycled. That is how stuck we are in our subconscious brain that operates compulsively, thinking thoughts compulsively and causing us a lot of pain and anxiety. An employee who never comes across any transformation intervention is bound to live this cycle all their life and so never really thrive. What makes this worse is that as this unconscious rolling of the mind happens the body is getting hurt and the quality of thoughts is not good enough to really handle stuff that needs quality thinking.

If a leader in the workplace does anything that triggers the compulsive thinking that comes with the many fears that are part of it, they are working against themselves, the employee and the company because they are just making the employee stop thinking clearly. Yes, the employee will think, but compulsively without full creativity. It is easy to desire a certain type of behaviour in an employee, but very difficult to get it because we want something and never do what needs to be done for us to get it.

There are organizations that have cultures of emotional, verbal and other forms of violence and it is important to understand that this is retrogressive and robs the shareholder and every other stakeholder of the sublime that the company could reach if it invested in bringing out the best out of the employees based on informed scientific principles and practices. At the centre of these is the understanding of this complex and dynamic resource called the human resource and setting up systems to create the culture we want that helps us achieve our goals, top and bottom line.