PSL season to roll next week 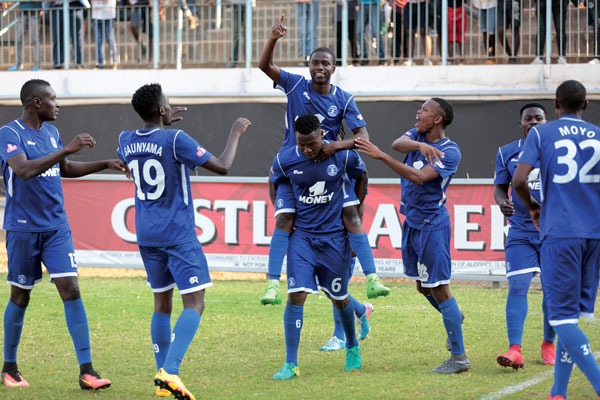 [ad_1] BY Kevin MapasureCASTLE Lager Premier Soccer League (PSL) football is set to return after a two-year absence with the 2021-22 edition set to kick-off next week and run until November next year. PSL is set to unveil a calendar which will see the league running six or seven-game weeks before year end and take […]

BY Kevin MapasureCASTLE Lager Premier Soccer League (PSL) football is set to return after a two-year absence with the 2021-22 edition set to kick-off next week and run until November next year.

PSL is set to unveil a calendar which will see the league running six or seven-game weeks before year end and take a break for the Africa Cup of Nations (Afcon) finals that will be played in Cameroon next year.

With the Warriors starting their preparations for the finals around Christmas time, the league management is looking to break from about December 20 until the Afcon tournament ends.

PSL is set to announce the arrangements for the season, but the plans were revealed at a meeting between sports editors, league representatives and the sponsors yesterday.

There will be a Chibuku Super Cup edition for 2022 which will help fill up gaps so that players can be active until November.

The cup competition will also be played in the same format as that of this year where teams will be grouped and play each other twice, with the top two proceeding to the knockout stages.

Delta Beverages marketing manager (Lagers), Kundai Mawema said her company was pleased that the season finally kicked off after a COVID-19-induced delay.

She said there were positive signs, especially after the Sports and Recreation Commission (SRC) gave the greenlight for 2 000 fully-vaccinated fans to attend each match ahead of the season kick-off.

“This partnership remains strategic to us as a business. Unfortunately, we had unveiled sponsorship for the 2021 season and COVID-19 did a number on us. We are ready to start in November,” she said. “There are positive signs from the SRC to allow 2 000 fans into the matches. We look forward to take the game to the people through various platforms.”

She implored PSL to allow more broadcasters to give the game a wider reach.

The 2021 Chibuku Super Cup will continue this weekend with four quarter-final matches that will be played in Mhondoro-Ngezi between Saturday and Sunday.

After that, it will take a break to allow for the resumption of the league and will be completed next year.

League football was last played in 2019 before the COVID-19 outbreak that saw the 2020 edition being abandoned with a single match having been played.

This year it had been set to commence on October 30, but was postponed by a week to allow Zifa to sort out stadia issues.

There is a shortage of stadia in the country, with Harare having only the National Sports Stadium ready to host topflightmatches.