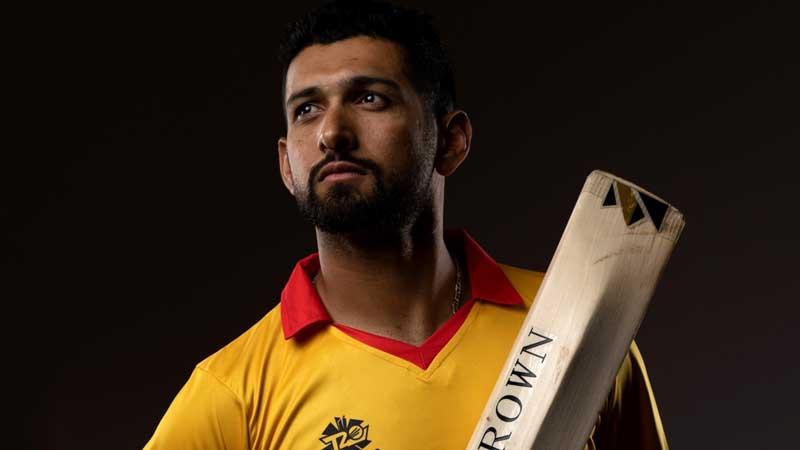 CRICKET star Sikandar Raza is reaping the benefits of his superb individual performances in the lead up to, and during the ICC T20 World Cup in Australia.

After recently lighting up the international cricket scene with his scintillating all-round displays, Raza has become one of the hottest properties for some of the leading franchise teams around the world in the shorter formats of the game.

The 36-year-old Zimbabwe cricket team allrounder was on Friday confirmed as one of the marquee new signings for the Rangpur Riders in the upcoming edition of the Bangladesh Premier League (BPL) 2023.

The 2023 edition of the BPL will be played from January 5 to February 16 and Raza is among the five foreign cricketers signed by the Riders for the upcoming edition of the T20 tournament.

Raza expressed his delight after being picked by the Riders in a video uploaded by the Bangladesh franchise on their social media platforms.

“I’m incredibly humbled and delighted to announce that I am part of the Bangladesh Premier League 2023 season. I cannot wait to join the Rangpur Riders family guys. I can’t wait to see you. I can’t wait to join you. It’s going to be really exciting. See you soon. And that’s Charlie by the way,” Raza was quoted as saying in the video.

Raza will feature for the Chennai Braves, a team owned by the Chennai Super Kings franchise in the Indian Premier League.

This year’s edition of the Abu Dhabi T10 which will be played from November 23 to December 4 will be the sixth season of the innovative tournament where matches will have a 10-over-a-side format with a time duration of 90 minutes.

Immediately after the ABU Dhabi T10, Raza will head to Sri Lanka for the Lanka Premier League (LPL) 2022 which begins on December 6 in Hambantota.

Raza will feature for the Dambulla Giants in the upcoming edition of the tournament which will see the participation of a number of other star international cricketers such as Evin Lewis, Carlos Brathwaite, Janneman Malan, Dwaine Pretorius, D’Arcy Short, and Shoaib Malik, among several other players.

Impressed by Raza’s remarkable rise, renowned international cricket commentator Harsha Bhogle, this week revealed that Raza is likely to cause a bidding war during IPL 2023 auction which will be held in Kochi on December 23.

Speaking on the Cricbuzz show, the commentator said: “I would be surprised if someone is not looking at Sikandar Raza at the 2023 IPL Auction.”

“Sikandar Raza brings a lot to the table. It’s not just his batting but he can contribute with the ball as well. Also his ability to bat deep at five or six will make him a strong choice for a lot of IPL franchises.”

Raza was in top-notch form in the recently concluded T20 World Cup in Australia.

He finished the competition with 219 runs at a strike rate of 147, 97 and a high score of 82, the best by a Zimbabwean at an ICC Men’s T20 World Cup, bettering Brendan Taylor’s 60 not out against Australia at the inaugural edition of the tournament held in South Africa in 2007.

The Zimbabwean star also recorded the most sixes in the tournament after hitting a total of 11 sixes, one more than World Cup winner Alex Hales of England and Sri Lanka’s Kusal Mendis who had 10.

Raza also impressed with the ball as he claimed 10 wickets at an average of 15,60 with the best figures of three for 19 against West Indies.

Moreover, he won the Player of the Match (POTM) award as many as three times. One of his POTM awards came against Pakistan, where Zimbabwe won by one run. Raza picked up three wickets for 25 runs in that game.

With his impressive stats, Raza was voted into the Team of the Tournament, an incredible feat which has resulted in some of the world’s leading franchise team lining up for his services.