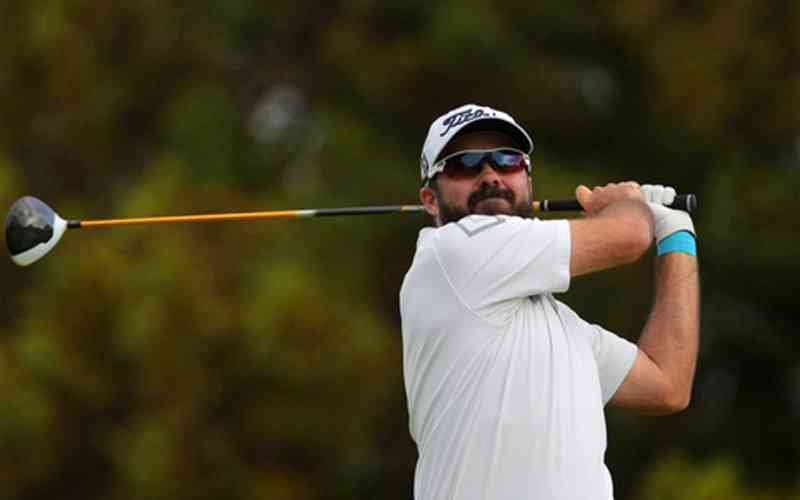 Zimbabwean professional golfer Ryan Cairns shot a three-under 69 to maintain a two-stroke lead at seven-under-par 137 after the second round of the ZPGA Championship — Presented by Universal Sports Club yesterday.

Cairns, who is a multiple winner on the Zimbabwe Professional Golfers (ZPGA) Tour, will begin the final round two shots clear of the chasing duo of Robson Saurombe and Bradley Kulaisi after they also carded identical rounds of 69 at Royal Harare Golf Club.

Harare Country Club-based golfer Never Milazi is in fourth position after carding a second consecutive round of 70 for a total of four under-par.

Pre-tournament favourite Robson Chinhoi, who has been enjoying a purple patch on the Safari Tour, bounced back from an opening 74 to card 70 yesterday and but a lot of work to do on the final day if he is to challenge for the title.

Chinhoi is tied fifth with Promise Sombreiro and Mohamed Mandhu, who both carded rounds of 71 and 72 respectively for a level-par 144.

Nyasha Muyambo, who won his maiden title on the Safari Tour in Kenya last week, will begin the final round tied for eighth position with Clive Nguru on one-over-par.

A total of 54 players are taking part in the ZPGA Championship — Presented by Universal Sports Club, which has a prize fund of US$10 000.

The field includes some of the country’s top male professional golfers, leading amateurs and top juniors.

ZPGA has also extended an invitation to some of the country’s leading female professionals such as Loice Chingono and Claire Minter, who have been battling it out alongside their male counterparts.