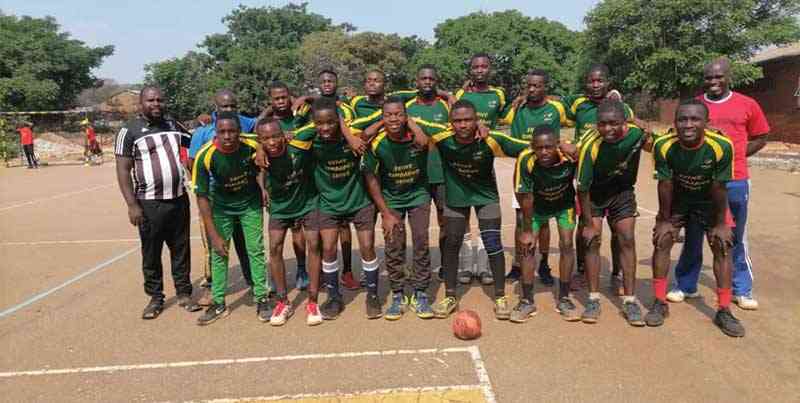 The Zimbabwe Under-18 handball team

The tournament will run from October 18 to 23 with six countries confirming their availability namely Lesotho, Malawi, Eswatini, Zambia, hosts Zimbabwe and South Africa.

Participating countries will field two teams each for the male junior and youth categories which will split in two venues- Chitungwiza Aquatic Complex and City Sports Centre.

Zimbabwe won the bid to host the event in 2019 before it was later postponed for a number of times due to the rising cases of the Covid-19 pandemic which brought a halt not to sporting activities alone, but affected many sectors worldwide.

“Everything is fine, we are just going through different types of formation and the boys are well and looking good. They are ready for the competition and come match day, they will produce some results,” said Mandeya.

“At a minimum we are looking at attaining silver but we will try to get gold because everything is in our favour – we have got a home crowd and a team which is raring to go. We are calling for support from the handball fanatics and the nation at large to come in their numbers and support.”

The youth coach Cephas Mushati hailed the periodic camps they have been hosting which has given teams ample time and a platform to build strong teams fit for the competition.

“Our final camp has been moving well. So far we have managed to fine tune all technical and tactical skills, working on possible combinations and team cohesion,” said Musahti.

“The journey was long but was made a bit walkable due to the periodic camps which we did- team building and fitness levels have been coming up and this helped us a lot.”

“We are looking forward to giving a good fight to the opponent and produce a better result than the previous same team which participated in the same tournament which was staged in Zambia 2018,” he said.

Meanwhile, the junior team will play their opening match against Eswatini on Tuesday whilst the youth side will clash against Malawi on the same day.