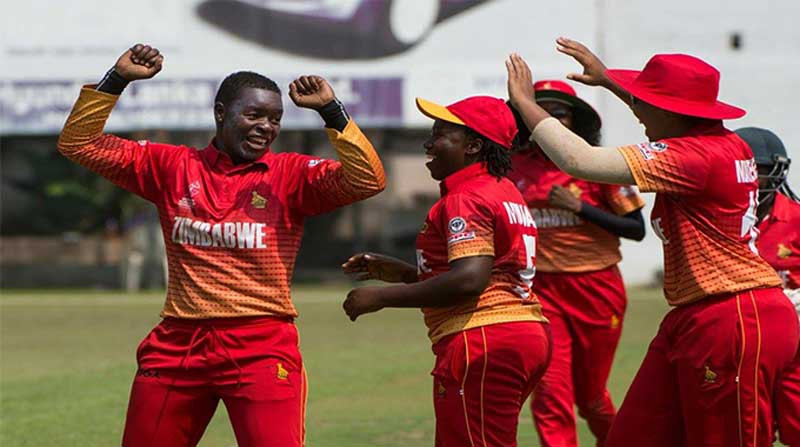 ZIMBABWE will be targeting a winning start to their ICC Women’s T20 World Cup Qualifier campaign when they face Papua New Guinea at the Tolerance Oval in Abu Dhabi today as they begin a significant qualification campaign which has the potential to change the face of women’s cricket in the country.

The Lady Chevrons laid down a marker ahead of the qualifying tournament with a morale boosting victory over Scotland in their final warmup game in Abu Dhabi on Friday night.

Teenage sensation Kelis Ndlovu was the star of the show for the Zimbabwe team after claiming an impressive six wickets for just 16 runs as Scotland were bowled out for 85 runs in 18 overs.

Earlier skipper Mary-Anne Musonda top scored with 30 runs while Chipo Mugeri-Tiripano chipped in with 26 as Zimbabwe reached 94 runs in 92.2 overs.

The victory over Scotland completed a blistering run of winning form for the Lady Chevrons in the lead-up to the eight-team qualifying tournament, where they need to reach the final in order to qualify for their maiden World Cup.

The 2023 ICC Women’s T20 World Cup will be played in neighbouring South Africa.

Zimbabwe are in Group B alongside Papua New Guinea, Thailand and the UAE while Pool A features Bangladesh, Ireland, USA and Scotland.

The top two teams from each group will make the semi-finals while the finalists will book their places in the T20 World Cup.

Zimbabwe captain Musonda said her team’s major objective is to finally qualify for their maiden World Cup competition after some near misses in the past.

“We want to qualify for the World Cup, but we understand that getting there will take us managing all moments as they will come in each game,” Musonda said.

“I think teamwork is what we’re going in with. We want to play a brand of cricket that we have been playing in the last couple of months, which is playing with freedom and being brave.

“All the other finer aspects in each department sort of taking care of themselves.”

Zimbabwe Cricket has ensured that the Lady Chevrons have the best possible preparations ahead of the qualifiers.

They played a triangular series against Uganda and hosts Namibia before embarking on a tour of India, where they played against very competitive local sides.

Their biggest confidence boost came recently in South Africa, where they sealed a landmark T20 series win against a very strong South Africa Women Emerging side in Pretoria.

In their final phase of preparations, the Zimbabwe side beat hosts UAE, USA and Thailand in a Women’s Quadrangular series which ended on Tuesday in Dubai.

“We have been in Namibia, India and South Africa preparing for this tournament, working on our game and working on minds. It’s been a successful few months. I think probably adjusting to playing under lights might present a few challenges for us. But we’re hoping to manage that as well,’’ she said.

Zimbabwe will head into today’s match as favourites as they are ranked 12th in the ICC T20 rankings, two places higher than Papua New Guinea.

The Lady Chevrons will however be wary of the threat posed by the Pacific Islanders, whose women’s cricket side has been on the rise in recent years.