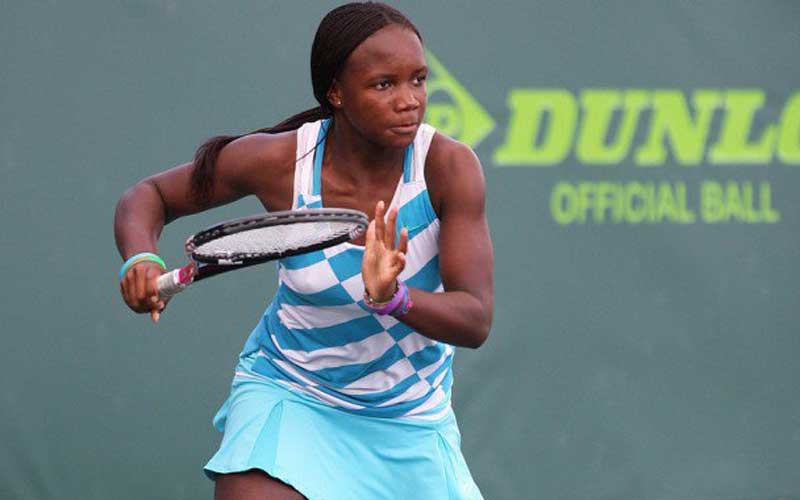 SOUTH AFRICA-BASED Zimbabwean tennis player Valeria Bhunu has been suspended from tennis by the International Tennis Federation (ITF) until December 2024 for testing positive to a banned substance.

Bhunu tested positive to mesterolone after providing a urine sample last December before being formally charged a few weeks later.

In a statement on social media, Bhunu said: “As you may already be aware, a urine sample which I provided in December 2021 tested positive for traces of mesterolone metabolite. I am firmly committed to the principles of clean sport and have never knowingly or intentionally taken any prohibited substances. I do not know the cause of the positive test.

“However, I have been advised that the extremely low concentration of mesterolone metabolite that was detected in my sample (an estimated 0.11 ng/mL) is consistent with the positive test having been caused by a contamination event.”

The former Zimbabwe Ladies Open champion revealed that she has spent a fortune trying to prove her innocence without any success.

“I have made considerable efforts to prove my innocence, including spending a large portion of money investigating the cause of the positive test,” she said.

“However, unfortunately, I simply do not have the necessary financial means to fight my case any further. Therefore, I have had no choice, but to agree to a settlement with the ITF. Given the circumstances of my case, the ITF has reduced the ordinarily applicable period of ineligibility by nine months, such that I will be eligible to return to competition in December 2024.

She returned to winning ways after clinching her first singles on the ITF World Tennis Tour in almost six years in Monastir, Tunisia, in June last year.

The win was Bhunu’s second singles title on the ITF Women’s Tour and her first since 2015 when she won her maiden title in Stellenbosch, Western Cape, South Africa.

Bhunu, who has divided her time between playing professional and working as a fitness instructor, also enjoyed a good run to the final of the inaugural Jozi Open in Johannesburg last September.