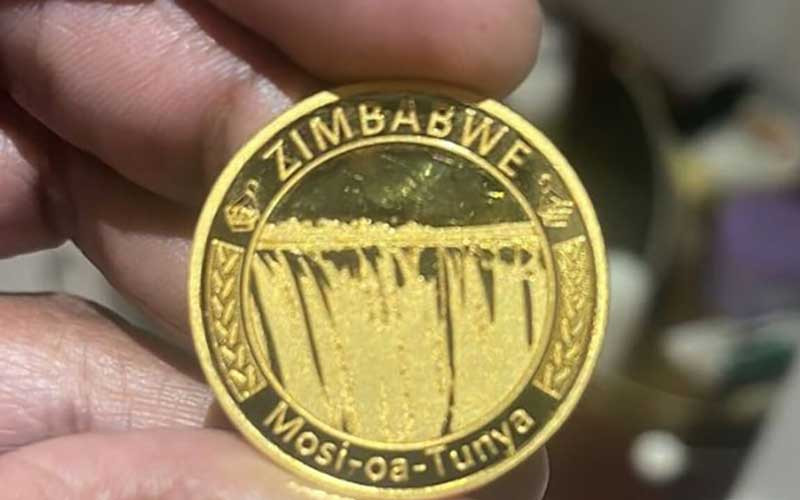 The monetary policy committee of the Reserve Bank of Zimbabwe (RBZ) met on September 23 2022 to discuss monetary policy aspects and reflect on macroeconomic developments. The meeting follows the sharp decline of month-on-month (MoM) inflation from 30,7% recorded for June to 3,5% recorded in September.

This signifies that on a monthly basis, prices have responded well to the monetary policy stance adopted by the central bank in the last 60 days. However, annual inflation remains stubbornly high showing that a lot still needs to be done to ensure the relative stability prevailing in the market becomes long term. Annual inflation increased from 191,6% in June to 280,4% in September. Even though it narrowed from the August figure of 285%, it is unsustainably high and very destructive to the economy.

The central bank resolved to maintain bank policy rate and medium-term lending rate at 200% and 100% respectively, until there is sustained stability on monthly inflation. The announcement was not favourable to business demands as there is a serious liquidity crunch in the market that has knocked consumer demand for consumer goods from formal retailers and affected business operations for those who relied on overdrafts or short-term loans to support cash flows.

High interest rates can dent economic growth as it leads to increased borrowing costs which negatively impact consumer and business spending. It also deals a blow to domestic investment, which has remained subdued for years. However, with annual inflation hovering at over 280%, it is hard to blame the central bank for at least maintaining the 200% rate considering that inflationary pressures remain high globally and there are adverse expectations from the impending harmonised elections to be held before August 2023.

The election campaign period is associated with profligacy and out of budget expenditure on agriculture subsidies to appease voters. Similarly,  the government is likely going to increase its allocations on the current road infrastructure, water, and sanitation projects for the same objective towards elections. In the first six months of 2022, ZW$141,4 billion was spent on infrastructure and the figure is expected to eclipse the budgeted ZW$335 billion.

Previous payments to contractors have had a negative impact on the foreign exchange market. Ideally long-term capital or Public Private Partnerships (PPPs) should be used to fund infrastructure projects considering that critical public services such as education, health and social services have been wrecked by lack of funding and industrial action. This shows that infrastructure funding is happening to the detriment of public service delivery.

Globally, most central banks have increased interest rates to manage high levels of inflation pushed by increase in energy and food prices. In the United States, the Federal Reserve has pushed interest rates to the highest level in almost 15 years as it fights to rein in soaring prices in the world's largest economy. Inflation remains high at 8,3%, though it's widely expected to decline. The Fed raised its key rate by another 0,75 percentage points, lifting the target range to a maximum of 3,25%.

In Europe, the European Central Bank threw recession fears out of the window and increased interest rates by 0,75 percentage points to 1,25% on September 8. Regionally, South Africa raised interest rates to 6,25% even as inflation is slowing. Annual inflation in SA was 7,6% in August, down from 7,8% in July. In Zambia, a bullish kwacha and positive economic prospects brought by the new government saw the central bank maintain interest rates at 9% as annual inflation declined to 9,8%.

The central bank increased the amount businesses can purchase from commercial banks for legitimate foreign payments from US$20 000 to US$100 000. The increase points to succumbing to market demands while demonstrating that the central bank is still far from allowing complete liberalisation of the foreign exchange market. The world over, foreign currency allocation is not the responsibility of the central bank unless there are emergency situations such as civil unrest and war.

Sustainable economic growth in Zimbabwe can only be achieved with commercial banks playing the matchmaking role in allocating foreign currency and determining the exchange rates. Central bank intervention can be done when necessary to support the domestic currency or prevent market failure.

However, the central bank cannot end manipulation of the foreign rate pricing due to its quasi-fiscal operations that entail persistent money printing. On the auction platform, foreign currency allocations have declined from an average of US$45 million per week in 2021 to less than US$12 million per week. This points to the dissatisfaction among bidders as settlement periods have increased to over six months, thereby unnecessarily tying capital needed to fund business operations. The decline also shows the entrenched dollarisation in the market where most businesses now get 60-90% of their sales in hard currency.

There has been huge interest in gold coins since their launch. A total of 9 516 coins valued at ZW$9 billion had been sold up to September 23 with 35% sold to individuals while 65% have been bought by corporates, including asset management and insurance firms. There is no doubt that gold coins offer an investment and inflation hedge similar to buying foreign currency on the local market.

Sustainability wise, it remains to be seen how the central bank manages to pay miners in foreign currency for the delivered gold while selling the coins in local currency at prices below market rates. The ZW$9 billion figure also shows that the impact of gold coins in reducing money supply or curbing inflation is very insignificant. The figure is a drop in the ocean to the approximately ZW$1 trillion in broad money supply in the economy. There has been a deliberate effort to mop up excess liquidity and reduce money supply by the central bank. This means that inflation in Zimbabwe is predominantly monetary, and the central bank has a huge hand in fueling high levels of inflation prevailing in the economy.

Foreign currency receipts continue to grow, with January to August receipts growing by 32,4% from the same period last year to US$7,7 billion. Formal foreign payments amounted to US$5,1 billion, even though the figure is a shadow of reality as the smuggling in of commodities has reached alarming levels. Similarly, importers are resorting to swap transactions with exporters or businesspeople who intend to transfer money to Zimbabwe.

Inflationary pressures remain elevated with food, agricultural chemicals, and critical raw material prices at record highs. Zimbabwe imports close to 80% of the raw materials used for local production and close to half a billion dollars in food, hence the impact of global supply shocks hit the economy hard. The price of fuel at the pump remains high despite the drop of oil prices on the global market from the record US$120 per barrel seen in March 2022 to the current US$78 now.

Consumer spending in the economy has plummeted due to the liquidity challenges and price reductions have now subsided. Adverse expectations in the market and dominance of the US dollar in local transactions mean that it will be difficult for Zimbabwe to return to double digit inflation in the next 12 months. With the Zimbabwean dollar still very much in government plans, achieving single digit inflation remains mission impossible for now.

The move to increase the foreign currency allocations by banks must be followed by a clear roadmap to liberalise the foreign exchange market, especially on determining exchange rates. Commercial banks must be allowed to adjust the exchange rate in line with demand and supply mechanisms in the economy with central bank regulation, not manipulation. This is the practice in most developing countries, one which the government continues to avoid despite the cost to the economy, business, and overall wellbeing of the citizenry.