Pathways for repurposing resources are long overdue in developing countries 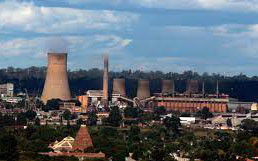 Private property laws that many African countries adopted from colonialism have had both positive and negative effects. One positive is that privatisation of property has encouraged investors to make long-term investments in infrastructure and other developments that create reliable employment. On the negative side, once property like land becomes private, government loses power to re-purpose that land for public good use like building mass food markets.

Consequently, in many African cities, food traders, SMEs and scrap metal artisans are congested in one location while private industrialists are hiding behind private property laws to hold onto a lot of under-utilised land which government cannot just take and re-purpose. Old building in many industrial sites lie redundant but protected by private property policies.

There is urgent need to decolonise the private property laws so that re-purposing is allowed and aligned with government programmes like devolution as opposed to leaving property rotting merely because it is private property.

Several examples and scenarios which demonstrate challenges on repurposing resources are found in some spheres of life.  For instance, after investing their money in pension funds, getting their money back is a painful process for most African pensioners who may be interested in investing in promising agricultural enterprises. In countries like Zimbabwe, unstable macro-economic conditions have reduced pension incomes to meaningless levels compared to the initial investment.

A pensioner can live in poverty when s/he is seating on a house worth more than US$500 000 because there are no avenues for disinvesting smaller volumes from that property to be able to, at least, afford decent survival. A pensioner who invested in livestock may live in poverty when he has more than 20 herd of cattle due to absence of reliable opportunities for re-purposing these valuable resources.

Some of the intriguing tensions across urban Africa have resulted from the increasing modernisation of traditional practices and values. In cities and towns, African tradition has been urbanising much faster as seen through setting up of houses on large stands or back-yards for use in food production. This is similar to traditional set-ups in rural Africa where houses are built on large stands which are also used to produce food. Rising urban agriculture is leading to the integration of urban and traditional African values.

Food crops like finger millet and groundnuts which used to be associated with rural farming are now produced in cities. Pressure is piling on urban municipalities to think about creative ways of re-purposing essential resources like land and water in ways that recognise the value of urban food production. Urban households with big yards are advocating for food production to be recognised through availing resources like water for producing food in ways that do compete with safe water that is used for human consumption. In some cities, urban citizens with excess land are being supported with alternative water and other inputs for food production. In a changing climate, urban consumers can no longer rely on rural areas for food production but have to also produce food.

Given their central role in mobilising and distributing food, African mass food markets provide frameworks and pathways for re-purposing resources.  For instance, by collecting data which shows volumes of commodities from different production zones, mass food markets can show which region is good for producing which commodity. Such insights can inform policymakers and investors to put resources where there is better return on investment. Through mapping food sources, mass markets show which areas are good for small grains, fruits, indigenous chickens, pulses and all other commodities as well as appropriate seasons.

These markets are also assisting in reducing food losses which are a big headache in most countries across the globe. If there were no mass food markets, food losses would be much higher in most developing countries.  While most policymakers think formal markets are the best for distributing and marketing food commodities, the reality on the ground shows how out-grading specifications used by formal markets like processing companies and supermarkets exclude most of the commodities that are considered poor grades and therefore unmarketable.

On the other hand, mass food markets take every commodity including those out-graded by formal markets.  As masters in re-purposing food, mass food markets ensure there is a buyer for every grade because they cater for the needs of all income levels.  While value addition has potential for re-purposing raw food commodities, the main challenge is absence of institutions responsible for informing farmers in real time so that they produce what the market can consume unlike discovering the reality upon arriving at the market.

Food loss as a global challenge

An estimated $600 billion worth of food is lost during or just after harvest in the whole world. At least 33 to 40% of the world’s food is said to be lost or wasted every year. With increasing climate change and geopolitical tensions, the consequences of food loss and waste are likely to worsen. In most African countries, food loss results from inefficiencies in production and distribution. If enough attention is paid to monitoring and tracking food distribution channels, food that would be seen to be in excess for particular communities could be re-purposed to other uses like animal feed and generating bio-energy.

There is no longer any doubt that food loss is a complex problem that spans multiple players and processes like farmers, traders, transporters, distribution, preservation, processing, warehousing and other critical steps. A sustainable solution can come from all value chain actors and stakeholders collaborating meaningfully. When value chain actors and stakeholders in the food sector work together, they can develop a shared language. For instance, where farmers talk in terms of hectares of tomatoes planted, traders and transporters prefer to talk in terms of number of tomato plants planted because this is much easier to translate into yields, packaging like crates and money. Hectares are not easily translatable into income. Collaborating closely with other actors in the food chain can enable local authorities to gain knowledge on matching market infrastructure with diverse commodities that flow into cities, towns and urban markets from various production areas.

Charles Dhewa is a proactive Knowledge Broker and Management Specialist committed to exceptional practical achievements in agriculture and rural development.