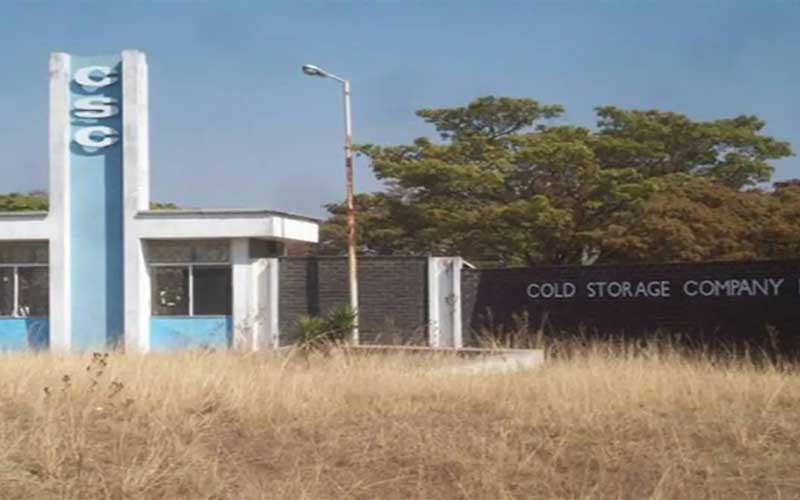 The successful re-opening of the Cold Storage Company (CSC) as CSC-Boustead Beef on August 18 2022 marks a new chapter in one of the country’s oldest state entities which had been closed for 22 years and a drop of success in Zimbabwe’s privatisation story. The CSC was formed in 1937 as a commission responsible for the processing and marketing of beef in the country. The government then deregulated the industry in 1992 thereby ending the CSC monopoly and paving the way to various private players that now dominate the sector. At its peak, the entity exported beef products worth over US$45 million per year and processed up to 150 000 tonnes of beef and associated products per annum. Most of its exports were to the European Union (EU) where it had a lucrative export quota of 9 100 tonnes. Further, the giant used to employ over 4 500 people directly and indirectly thereby making it one of the country's biggest employers. Hence, the revival of the entity is key to the re-industrialisation of Bulawayo and access to market for smallholder farmers who supply over 90% of beef in the market.

In May 2019, the Zimbabwean government signed a US$400 million joint venture farming concession agreement with Boustead Beef of the United Kingdom. The venture was based on a Rehabilitate-Operate-and-Transfer (ROT) funding model. The fund was allocated for capital expenditures and as well as working capital requirements for the business to pay for debt estimated to be over US$43 million. Rentals of US$100 000 per year would be paid to the government during the first five years of the concession agreement. Under the deal, the investor will run CSC abattoirs in Bulawayo, Chinhoyi, Masvingo, Marondera and Kadoma.

Additionally, the investor will manage CSC ranches in Maphandeni, Umguza, Mushandike, Chivumbuni, Darwendale, Dubane and Willsgrove for an initial period of 25 years. The deal also allows the investor to manage CSC's residential properties and distribution centres in Mutare, Gweru and Harare.

The government is proceeding with the US$20 million controversial sale of Petrotrade and Genesis assets to the Independent Petroleum Group (IPG). The sale drew the ire of various stakeholders locally who felt that the entity was being undermined and sold for a song to conflicted suppliers up the value chain. Controversy surrounds the ownership structure of Kuvimba Mining House which is now partnering the government in the resuscitation of the Zimbabwe Mining Development Corporation (ZMDC) mines such as Jena, Elvington, Golden Kopje and Sandawana.

The rally in commodity prices on the world market has made Zimbabwe’s mining assets very attractive. Zimbabwe’s privatisation plans also included weaning off Silo Food Industries (SFI) from the Grain Marketing Board (GMB) and this has been completed. The Zimbabwe Investment Authority, the Special Economic Zones Authority and the Joint Ventures Unit were merged into the Zimbabwe Investment and Development Agency (Zida). The Civil Aviation Authority of Zimbabwe (Caaz) was demerged into a regulatory arm and the new Airports Company of Zimbabwe which now manages and operates the country’s eight airports.

Zimbabwe’s target was to raise at least US$350 million for treasury coffers with Telone, NetOne, Telecel, ZimPost and the People’s Own Savings Bank (POSB Bank) at the forefront for disposal by December 2019. The ZMDC mines would be partially privatised by June 2020. The National Railways of Zimbabwe (NRZ), Agribank, Infrastructure Development Bank (IDBZ), Air Zimbabwe, Industrial Development Corporation (IDC), Petrotrade and Road Motor Services (RMS) were supposed to be partially privatised through enlisting strategic partners and listing the last three firms on the Zimbabwe Stock Exchange before end of 2020. The government intended to completely dispose of  loss-making entities such as the Zimbabwe United Passenger Company (Zupco), CSC and Willowvale Motor Industries in the same period.

To lure investors, the government approved the takeover of debt worth over US$1 billion by taxpayers for struggling entities such as Air Zimbabwe, ZiscoSteel, National Railways of Zimbabwe (NRZ), Civil Aviation Authority of Zimbabwe (Caaz) and others as a strategy to clear off their balance sheets. The Air Zimbabwe US$379 million debt resettlement plan involved paying ZW$349 million to local suppliers and US$30 million to foreign creditors. The airline has consistently failed to find potential investors despite frantic efforts by the appointed administrators and consultants. The beleaguered airline is now relying on the government to inject fresh capital and procure new planes for its resuscitation.

The planned disposal of Zupco and Telone have stalled because the companies have failed to raise consultancy and advisory fees to the auditors appointed as transactional advisors. The same fate also fell on POSB, Petrotrade, Telone and Netone. The last two telecommunications outfits were on the shelf as a bundle to attract investors. To address the advisory fees issue, the government sought consultancy services for targeted entities from the International Finance Corporation (IFC), a unit of the World Bank. The IFC does not need upfront payment of a fixed fee as their fees are success based.

Political interference cannot be ruled out in the privatisation of state entities as clearly demonstrated in the repeated failures of the NRZ privatisation story. In 2018, the government signed a US$408 million deal with the Diaspora Infrastructure Development Group (DIDG) to recapitalise NRZ. However, in October 2019, the government cancelled the contract claiming the consortium had failed to show it had the financial backing to complete the project despite guarantees from DIDG-Transnet had secured funds amounting to more than US$1 billion from different South African banks and international financial institutions. The consortium provided proof of those funds from Standard Bank Ltd, Rand Merchant Bank, Nedbank, Industrial Development Corporation, and an Italian company called Concrete Finance. However, it is widely believed that the recapitalisation of NRZ will be a death nail to various haulage and trucking companies owned by politicians and Politically Exposed Persons (PEPs)

Most of the targeted investors have generally taken a wait and see approach on Zimbabwe as an investment destination as reflected by the country’s low foreign investment inflows. The country is still regarded as a risky and hostile investment destination with most foreign investors pessimistic about the country’s ability to uphold investor property rights and respect the rule of law. Similarly, the independence of the country’s judiciary has been questioned on several occasions when the government muscled its way into private property through cancelling licences or tenders, seizing assets and parcelling awarded mining permits to controversial investors despite pending court orders. The political interference in the unprocedural suspension of the ZSE and unprocedural delisting of multinational companies in June 2020 all but confirm the above investor fears.

Apart from debt assumption, the country’s foreign exchange regulations and inconsistent monetary policies have been a pain to most investors on the local and international market. Several foreign investors have significantly reduced their portfolios locally while others have divested totally. Multinational corporations operating in the country have found it difficult to repatriate dividends to their foreign shareholders or settle foreign obligations in the last 3 years. To attract investment in state entities, investors need guarantees that they will be able to repatriate their dividends through formal banking channels and exit the market (if necessary) without regulatory bottlenecks. Zimbabwe needs free market policies that allow free movement of capital in and out of the local market (subject to standard banking regulations). Lastly, the government needs to address the issue of political interference and bureaucracy on the privatisation and operations of various state entities. Ideally, privatisation transactions should be handled via the independent State Entities Restructuring Agency to avoid parent ministry sabotage which is evident on commercial entities. Political risk in state entities earmarked for privatisation remains extremely high.

Similarly, the local economy remains volatile with high levels of inflation and foreign exchange challenges for businesses. The constant change of government policies has only but entrenched a sense that Zimbabwe is not yet prepared to wean off its loss-making state entities. Privatisation has remained more of rhetoric with limited political will to see a turnaround in the affairs of state-owned enterprises. Political goals have become a priority at the expense of the dire need to resuscitate state entities.

It is imperative to point out that capital has the same rules globally and investors look for markets where they can repatriate their capital without overregulation or policy discord from the host government. There has been limited quality investment enquiries on the assets to be privatised in Zimbabwe due to known political, legal and governance risks. Investors envisage an investment environment where their property is protected by the rule of law (through the judiciary) and not by political interests as those can shift overnight. Overall, the privatisation plan has not yielded the desired results and the burden on the taxpayer keeps piling.