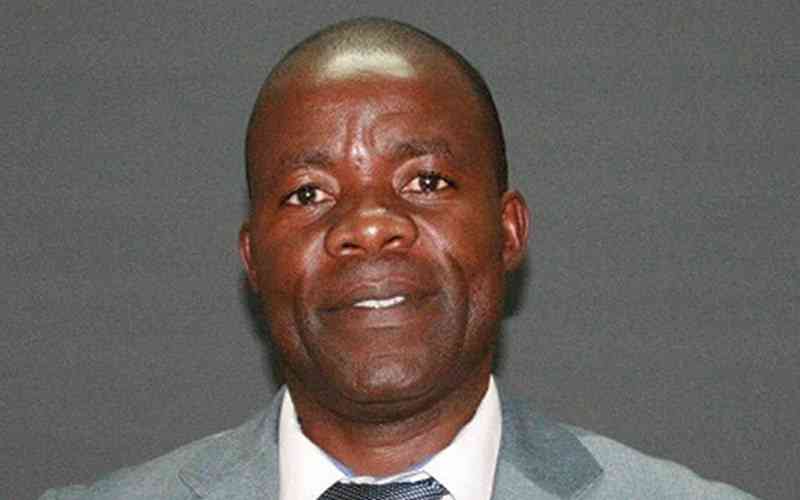 SHRINKAGE in business lingo refers to cases whereby commodities become dry, thin and weak or dead due to loss of water.

African food systems face diverse kinds of shrinkage due to several factors. In fact, shrinkage accounts for more food losses than the conventional notion of post-harvest losses which is too narrow.

Farmers who do not frequent the market do not know some of the hidden dynamics of selling a commodity in both formal and informal markets. For instance, one of the unknown facts is that, in very few circumstances do farmers complete selling the entire consignment of fresh commodities like vegetables and fruits on the top price. Customers and traders always negotiate vigorously to buy at low prices.

More importantly, the marketing process is characterised by shrinkage and over-staying of commodities which affects quality, leading to downward negotiation of prices, especially for fresh commodities.

In most cases, shrinkage constitutes around 2%-3% of the commodity. Some of the shrinkage is theft-related during the marketing process and overnight security. During selling, miscounting also contributes to shrinkage, for instance a farmer may mistakenly put 24 cabbage heads in the customer’s bag instead of 20 heads. The farmer can also put 125 cobs instead of 120 and, so on. All these dynamics shrink the farmer’s income.

Significant shrinkage is also related to product replacement to customers. For instance, when a customer sees that the cabbage has defects, the farmer is compelled to replace with a good one. Some hybrid vegetable varieties are notorious for breakages which caused farmers to lose through replacement. This is common in cabbages, tomatoes and other perishable commodities.

Unfortunately, seed breeders do not breed for some of these market-related factors, preferring to focus on yield per hectare and fruit size which maximises seed sales. Rarely do seed breeders breed for shelf-life. Commodities affected by shrinkage-related losses include cabbage, green mealies, water melon, leafy vegetables and, butternuts that are mainly affected by theft-related shrinkage. The same applies to potatoes whose pockets are easily stolen either on transit or in the market during overnight storage.

Who pays for shrinkage?

Shrinkage is a challenge across all markets including formal and informal. Major forms of shrinkage in formal markets tend to be related to slow turn-around and slow selling which reduces quality and freshness such that some commodities become unsalable. Unfortunately, over the past few years formal retailers have adopted an unfortunate tendency of returning what is not sold to suppliers like farmers without paying for returns. Informal mass markets also do not have returns as relationships ensure everything is sold and, in most cases, traders take the risk.

While shrinkage is common, it is worse in perishable commodities. In dry crops like pulses, shrinkage can be seen through reassessment by some buyers and theft. The end customer may not want to take what is available and this leads to fresh negotiation of prices between the trader and the off-taker. The off-taker can end up taking at a reduced price but will not sell to the consumers at a reduced price.

In almost every African market, a food vendor who comes to the market with a basket is the ultimate distributor of commodities like sweet potatoes and potatoes to the end consumer. The way vendors sell to end-consumers determines how they package commodities when they buy from the market. Usually when vendors get to their marketing stalls, they do a tuber count. They know how many sweet potato tubers fill up a basket or bucket. When farmers move commodities from production zones to distant urban markets, more volumes of commodities are charged less on transport compared to the normal 50kg bag which takes less volume for the same transport cost.

Commodities like cucumbers and butternuts need repackaging into smaller packages upon arrival at the market and the 10kg pocket is often the preferred measurement by most end-consumers. Breaking bulk increases volumes and creates more buyers for different types of vendors. Usually, increasing the number of actors between the vendor and the farmer increases price inflation due to more mark-ups. In most cases, between the vendor is a trader and then a semi-bulk trader. If a farmer sells cucumbers at US$25/bag to the trader, who sells at US$35/bag to the semi-bulk trader in the farmers’ market, who sells the same volume for US$50 or break bulk into US$1/4 for a bag of cucumber with 200 cucumbers, he fetches US$50.

Every African mass market has an invisible cartel of price experts who set prices of commodities based on historical trends and supplies to the market which give signals of the volumes in farming areas.

Although the production of indigenous vegetables has remained informal, these vegetables have been commanding a steady presence in most African mass food markets. For instance, Mutsine (black jack) and Nyevhe grow naturally as weeds during the rainy season. These vegetables often get too muddy during downpours because they grow close to the ground. The same applies to cow pea leaves (Munyemba) which have not been receiving meaningful support from government and development organisations. Highly informal production leads to contamination by some impurities including soil which may not be removed adequately during the cleaning and value addition process.

The harvesting of indigenous vegetables is merely picking with no basis for grading because they are not produced with commercialization in mind. These vegetables go to the informal market where there is no emphasis on traceability which would enable consumers to lodge complaints regarding quality and cleanliness. After picking there is not much hygiene in the processing stage. As if that is not enough, being too small, Mutsine and Nyevhe are often very difficult to clean. Since the market and consumption has not been formalized there is no sufficient feedback to producers on quality and hygiene aspects.

There is need to raise awareness among government and non-governmental organisations on the benefits of indigenous vegetables beyond nutrition. These vegetables can be an important part of on-farm economic activity for rural households. Grading and weeding, picking and cleaning three times before boiling can be part of the good practices. The boiling process needs a lot of clean water. Some sand can get into the vegetables during the drying process which often done on roof tops or on hard ground surface.

Water in rural areas is often not clean; for instance, during the rainy season the water is very muddy and has many impurities which end up going onto vegetables and other food commodities. Most of these issues are picked in the market. The good thing is that indigenous vegetables are very easy to commercialise. They grow on their own during the rainy season with no need for irrigation, fertiliser or chemicals. To a large extent, these vegetables can be considered authentic organic, the direction in which the world is going.