Long-term planning can get rid of land barons 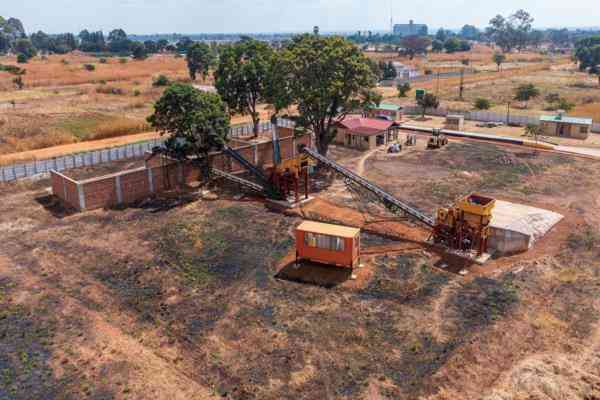 The rise of land barons has become an enduring trend and topic in many agriculture-driven African economies over the past few years. In fact, this trend has grown to the extent that in Zimbabwe there are more than five types of land barons.  Increase in land barons can largely be attributed to lack of long-term planning around the use of natural resources such as land. In most African countries, national budgets focus on service provision, infrastructure and salaries for civil servants.

No attention is given to investment planning anchored on the four key factors of production:

Capital (finance) — which is emphasised by policymakers through budgets.

Land — in its physical form and natural resources — what long-term plans do we have for land which is an unadjustable resource?

Human resources — people with their skills, knowledge, passion and aspirations.

The rise of MSMEs, implications

In countries like Zimbabwe, the collapse of large-scale industries and emergence of micro, small and medium enterprises (MSMEs) has created huge demand for land to establish enterprises. During the time, most people were employed in big formal industries, there was no serious demand for land to be used as trading space. But following retrenchments and economic down-turns, most people moved into the MSMEs sector, triggering high demand for trading space or workspace. Meanwhile, owners of large-scale industries that have collapsed continue to hold onto land on which their factories sat. Those retrenched have gone to work in spaces originally designed for other uses like recreational purposes.

Policymakers are yet to see that high demand for land and trading space is giving birth to land barons. As long as demand outweighs availability and policymakers are not generating solutions, the problem of land barons will not end. In agricultural markets like Mbare in Harare where 153 market stalls were set up and registered with the municipality when the market was established more than 50 years ago, increase in demand for trading space has seen each market stall accommodating 5-10 traders renting space from one individual whose name is registered by the municipality. This means 153 registered market stall owners have become space barons for at least 1 500 traders.  All this is due to high demand for land to establish enterprises not only due to passion by individuals to start an enterprise, but as a last resort for many people to earn a living.

Another related issue on the demand side is infrastructure development for the fast-growing young generation. The issue is now stretching from production zones or rural areas to towns due to lack of a clear national plan and guidance on land use. With increasing urbanisation, some previously rural business centers like Domboshava near Harare are rapidly urbanising, but the original plans for Domboshava before it became a residential area have remained unknown.

Traditional leaders have become another version of land barons. Abusing their roles as custodians of traditional land, they are now loosening traditional laws and values which previously stipulated that they should not sell communal land. They are now facilitating and authorising sale of land that was not designed for residential purposes. Traditionally, these leaders would only allow people to rent land in communal areas, but not sell. Now the village heads are willingly partitioning land and giving it to new people from anywhere. Some of the land being partitioned was traditionally set aside for livestock pastures and rituals like rainmaking ceremonies.

While urbanisation is now starting from rural areas, developing residential areas is taken as a national issue, yet residential development is not really an economic driver. Building houses on land meant for agriculture does not contribute to growth of domestic product. As financial institutions such as banks and pension funds evolve into another brand of land barons, urban and peri-urban land that was meant for food production is being converted into residential areas. Converting such areas as Nyabira near Harare, with high potential for food production into brick and wall investments has several consequences.

What is the cost benefit analysis of converting an unexpandable resource like land into residential accommodation at the expense of food production? Some countries have long-term plans which see them demolishing existing structures and building flats. In countries like Zimbabwe, land for agriculture is being taken up by real estate yet the human population is naturally increasing. Eventually there will be more people with houses, but no food. The development pathway for houses is being pushed by the demand for accommodation, not demand for houses.  That is why property owners are turning their houses into businesses through rentals.

By taking advantage of the demand for accommodation and business space, property owners have also become land barons. Shopping malls that are mushrooming in big cities like Harare are for consumables and have nothing to do with industrial development which is more important for socio-economic development. The original central business district is now being turned into a cash cow by property owners who are demolishing original buildings into malls in response to demand for trading space. It implies rentals-driven land barons are becoming another form of land baronship as demand for residential and trading pushes up prices. This is an undefined form of corruption because rules that used to gazette rental charges that can be charged in a certain area are ignored. Property owners are doing what they want with their properties, which is why you can even see a surgery in an area where it would not be set up if rules and by-laws were really followed.

Leasing of agricultural land has become another serious version of land baronship.  If all land belongs to the State as is the case in Zimbabwe, what is the purpose of giving an individual 5 000 hectares when that individual can only use less than 100 hectares?  In rural Africa, a household with six members can survive on less than 20 hectares and is able to send children to school as well as meet other needs. Why should individuals benefit from leasing land that belongs to the State?  It is wrong for a few people to benefit by earning a living from national assets, while the rest wallow in poverty.