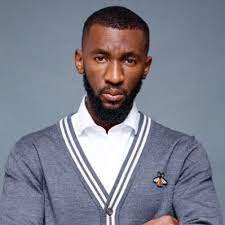 “The US will never deport a millionaire because random people signed a petition, I am a strong Zanu PF supporter and I side with all ED (President Emmerson Mnangagwa) loyalists,” Chivayo is said to have clarified.

Controversial prophet Passion Java has warned business mogul Sir Wicknell Chivayo for signing a petition to deport him from the United States.

Earlier this week social media was left abuzz after Zimcelebs took to their Instagram alleging that Sir Wicknel had signed the petition.

The self-proclaimed prophet, through his spokesperson Boss Lashan, said there was very little on the case to worry him.

“This is a petty issue that we would not want to dwell on. I would rather not comment about it,” said Boss Lashan, speaking on behalf of Java.

However, statements on social media, which have been widely distributed, appear to suggest Chivayo has distanced himself from the plot.

“The US will never deport a millionaire because random people signed a petition, I am a strong Zanu PF supporter and I side with all ED (President Emmerson Mnangagwa) loyalists,” Chivayo is said to have clarified.

The petition, which was raised by Kurauone, has received mixed reactions on social media.

A political activist, Godfrey Kurauone, set the petition on change.com, triggering people to sign it in favour of Java’s deportation.

The petition has since garnered over 11 000 signatures from the people who are in favour of his deportation.

The petition reads: “Panganai Passion Java, a self-proclaimed prophet, enjoys permanent resident status in the USA while he goes back to Zimbabwe to actively support a regime that is killing citizens, violating fundamental rights and stealing national resources.

He uses state resources to move around the country buying votes for Mr Emmerson Mnangagwa.

“The State Department of the United States has, through its Secretary of State, the power to begin the process of revoking Mr Passion Java’s permanent resident status.

The USA policy is to support freedom, democracy and prosperity for the people of Zimbabwe and to this end has imposed restrictive measures on individuals who aide human rights violations and undermine democracy in Zimbabwe.

Mr Java is one such culprit and should be sanctioned and barred from coming to the USA and his accounts frozen.

“Passion Java, stays in the United States with his wife Lily and children and currently he is in Zimbabwe where he is running President Emmerson Mnangagwa campaigns for the imminent 2023 elections.”

Recently the flamboyant prophet, who reached two million followers on his Instagram account, suffered criticism from the netizens following his outfit at the event. — iHarare/Online.

Why Businesses In Zimbabwe Should Start Using Social Media?

With the advent of the internet and modern technologies, the business world has completely changed. We have seen changes in so many things but the biggest difference was in the communications. Communications have changed so much with modern technologies and for businesses, it is a good thing because they can stay in touch with their […]

Tehn Diamond who is popularly known for his role on Zimbabwe’s first Netflix film, Cookoff has decided to take his relationship with the gorgeous fitness trainer and private wealth manager to the next level.

If you are not sure about the safety of your chosen destination, this guide to the most dangerous places in Africa might help you decide where (not) to go!

M-Net Movies DC Heroes channel will be made available to DStv Premium customers and selected films will be on DStv Catch Up.

By The Independent May. 20, 2022
Why Businesses In Zimbabwe Should Start Using Social Media?

By The Independent Mar. 25, 2022
Tehn Diamond proposes to Miss Chindiya

By The Independent Mar. 25, 2022
Dangerous places in Africa