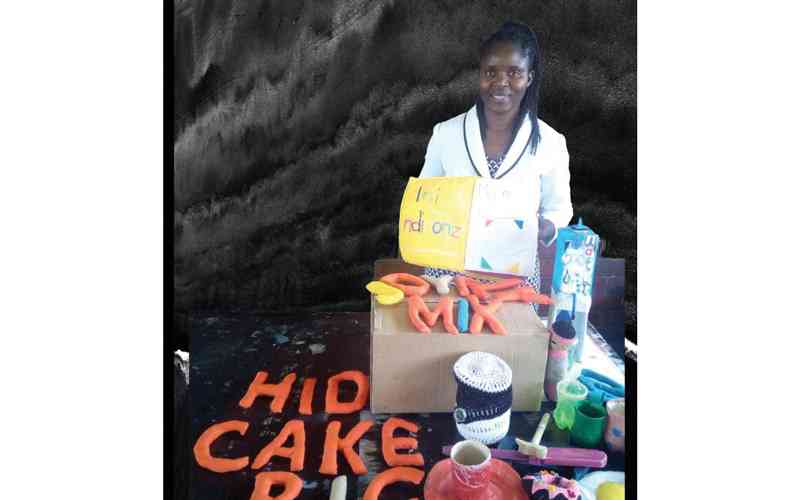 MULTI-TALENTED creative Roseline Torai Kumvekera-Mukwewa believes a mindset for gender equality can be taught and nurtured from childhood.

It also consists of letters and toys made from used household materials such as wood, paper, cloth and plastic.

“As an early childhood learning practitioner I was driven by the desire to come up with low-cost eduplay and teaching as well as learning materials for children which they can use as toys. For example, my water dispenser helps in teaching children certain processes in the water life cycle and other aspects of life,” she told NewsDay Life & Style.

She noted that cloth can be used for tailoring fluffy letters which children love to touch and play with comfortably because gaming is an effective persuasive way of teaching children.

“Using a set or sets of big and small alphabet letters children can learn spellings with the help of a cloth book with a graded list of vocabulary. Both the books and the letters can be placed in a washing machine for cleaning and maintaining enjoyable usage.

“I also train female entrepreneurs on sustainable toy making for children. It is through these interactions that communities share stories around best ways of making money and how to stay peacefully as men and women,” she said.

The multi-talented Kumvekera-Mukwewa is also a respected sportsperson who played a pivotal role in the establishment of korfball, a game played by boys, girls, men and women of all ages in mixed teams.

She is also an administrator for Women in Korfball.

“Korfball game can be played as a family, church members, schools and clubs and it is a gentle and persuasive way of establishing equality and harmony in gender. The game is played by four women and four men.

“The ball is scored in a korf at the centre of the pitch while opponents put up some defence. The korfball game is still in its development stages and can effectively be used to groom and teach equality in communities,” she explained.

“The game teaches a lot of things such as focusing on proximity, good tactics for marking and defending while adhering to the rule that females mark females while males mark males.”

Kumvekera-Mukwewa added that the Korfball Association of Zimbabwe was preparing a national team to play against Zambia.

The winners earn a trip to the prestigious World Cup games.