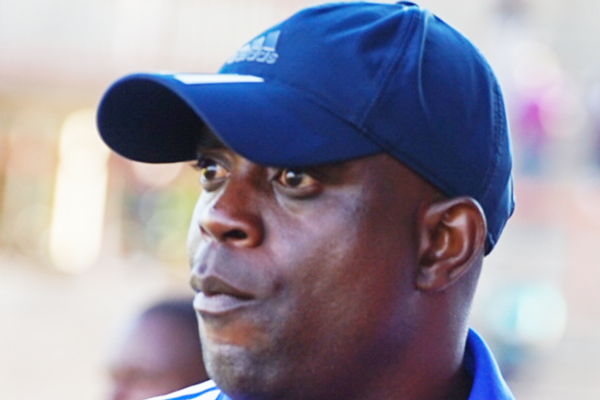 The win came as a welcome relief to Dynamos coach Tonderai Ndiraya, whose side had struggled in their last two games where he lost to Chicken Inn and drew against FC Platinum.

DYNAMOS eased some pressure with a win against Bulawayo Chiefs in an entertaining encounter that was marred by crowd trouble at Barbourfields Stadium yesterday.

Ghanaian Emmanuel Paga gave Dynamos the perfect start when he scored his first goal for the club in the 31st minute before substitute Bill Antonio sealed the win with a goal deep into stoppage time.

The good action on the field of play was, however, overshadowed by ugly scenes which led to a 15-minute stoppage in the second half as the visitors’ players and officials protested against the referee’s decision to award Chiefs a penalty in the 62nd minute.

A Dynamos fan accosted referee Hardley Ndazi on the field of play and was arrested while Dynamos officials also confronted the match officials, but were restrained by the police.

With the Dynamos players back on the pitch after walking out, the penalty could not be taken as Dynamos fans on the Mpilo end continued to throw missiles into the pitch.

Obriel Chirinda took the penalty after the stoppage, but goalkeeper Timon Mvula saved the spot-kick to put Dynamos on the driving seat.

Chiefs finished the match with 10 men as Chirinda then saw red late in the second half for a second bookable offence.

The win came as a welcome relief to Dynamos coach Tonderai Ndiraya, whose side had struggled in their last two games where he lost to Chicken Inn and drew against FC Platinum.

Ndiraya said the over the top protests against the penalty by his players and technical team, though genuine, was also a strategy to distract their opponents.

“It was tactical. We wanted to distract the opponents and I am sure it worked but really, we were so disgruntled with the awarding of the penalty. I thought it wasn’t a penalty. We have video evidence to show for that but maybe in the end it’s the referees that enforce the rules,” Ndiraya said.

“Apart from that penalty mistake, which happens in football, I thought the man in the middle was very good,” he added.

His counterpart Nilton Terroso admitted his team did not play well especially in the first half.

“We had a terrible first half; we were not able to play. We did not get our marking right. Our organisation was very bad. We gave them a horrendous goal. Our goalkeeper made a terrible mistake and they got that goal. Second half we were much better. We were on top. We get the penalty and then that’s it…I’m sure I will have to learn what happened. And then after that the game is over,” Terroso said.

The game started in slow tempo until  Dynamos picked up their gusto towards the half hour mark, with Nigerian Alex Orotamal brought down outside the penalty box.

Dynamos continued on the offensive and Paga took advantage of a gaffe by Chiefs goalkeeper David Bizabani and had the easiest of efforts to push the ball into an empty net.

The Ninjas had their first half opportunity in the 17th minute after Mthokozisi Msebe was hacked down outside the box but from the resultant free-kick, Elvis Moyo’s effort was blocked by the Dynamos defenders.

Dynamos had an appeal for a penalty shot by referee Ndazi after the bustling Orotomal appeared to have been fouled by Bizabani.