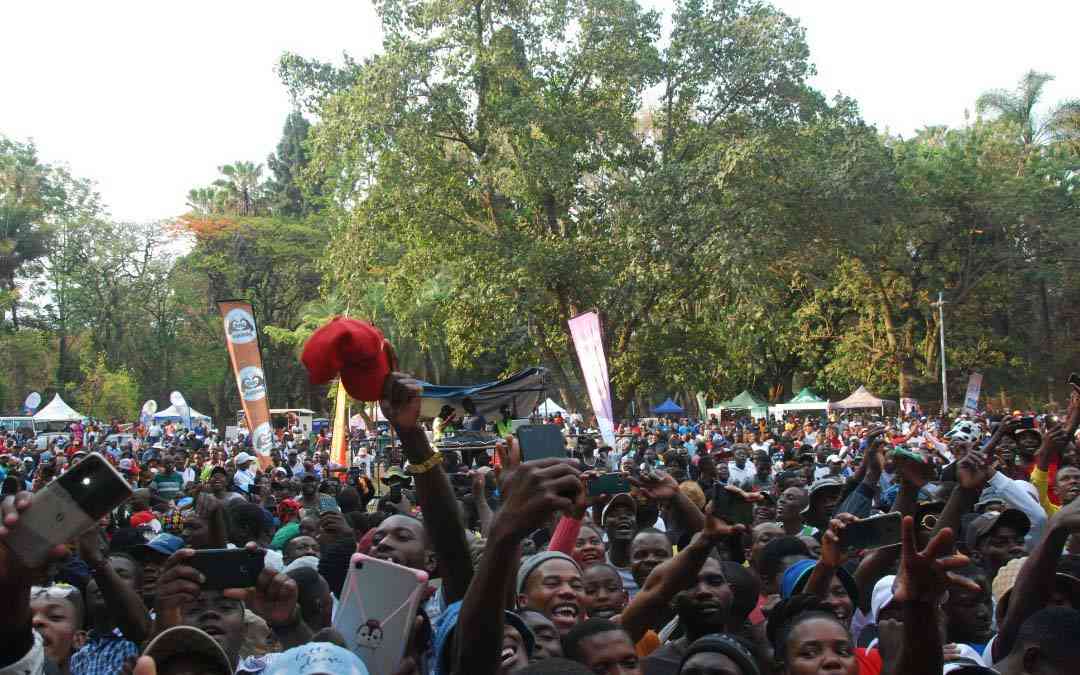 Part of the crowd at the CRAFT Festival

THOUSANDS of people thronged the Harare Gardens last Saturday to cheer and witness undiscovered young talent drawn from across the country courtesy of the first edition of the Creative Reproductive health Arts for Transformation (CRAFT) festival.

Running under the theme, Amplifying young people’s voices on sexual reproductive health and gender-based violence using art, CRAFT festival was organised by Students And Youth Working on reproductive Health Action Team (SAYWHAT) supported by the Embassy of Sweden in Zimbabwe.

It was however, Rodwell Madondo, from the Midlands province whose musical performance was decorated with artistry costume that won the attention of the fans.

Madondo, who took to the stage with blood stained white bandages on his head, hand and leg sent the people into a exhilaration. Tamiranashe Dewa had a better way to respond to Madondo. Dewa who was confirmed as the winner in the music category, took to the stage with his guitar, and mesmerised fans leaving the adjudicators with no choice.

The festival was outstanding in many ways. First it is the first of a kind in the country and its inclusive nature also saw participants living with disability defying odds at the stage.

The Swedish Ambassador to Zimbabwe, Asa Pehrson said the involvement of young people was key for any society that seeks gender transformation