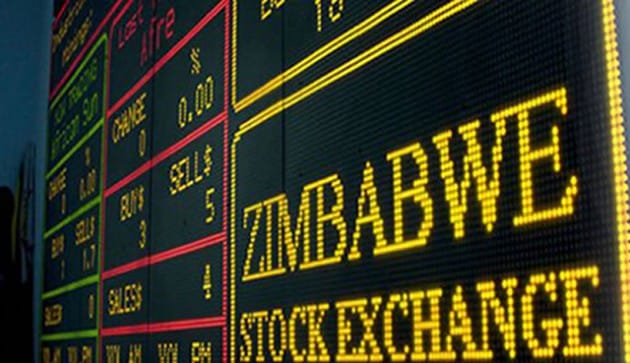 Tinashe Murapata FOR at least two decades, Zimbabwe has had acute episodes of hyperinflation and exchange rate instability owing to an institutional framework that expands the monetary base beyond the output performance of the economy.

This paper proposes that a currency board is a better system for Zimbabwe to adopt for reasons that are explained in detail below.

What is a currency board? A currency board is a pegged exchange rate mechanism that guarantees full convertibility (100%) of domestic currency to anchor foreign currency or a basket of currencies.

Under this system, the total monetary base of the country is supported or backed by international reserves. The pegged exchange rate creates stable currency and prices but takes away the ability of a country to increase its money supply willy-nilly.

The consequent exchange rate stability means that monetary liquidity only increases when the country produces more goods and services for export.

Conversely, when the country produces less, money supply is reduced. A good example of a currency board is the Hong Kong Linked Exchange Rate System (HKMA), which is fully backed by United States dollar (USD) assets (which includes USD cash and bonds).

These can be converted to USD. Hong Kong is a US$350 billion economy. Singapore is another example of an economy where the currency board system has worked.

Singapore had a smaller gross domestic (GDP) than Rhodesia in 1966. In 1966, it opted for a currency board arrangement instead of a central bank.

Under this arrangement, the economy grew from a poor country to a first world. It is clear that a currency board does not impede growth but rather spurs it.

Similarly, Bulgaria solved its hyperinflation crisis by adopting a currency board in 1996. As a result, it grew its reserves tenfold and managed to stabilise prices. In the same vein, monetary unions such as the Rand Union and the Euro are more rules based rather than discretionary.

Why Zim needs a currency board? As highlighted above, the major cause of hyperinflation and exchange rate instability in Zimbabwe is that the monetary authorities have too much discretion. Extending to quasi-fiscal activities in many regards.

This, by consequence, includes the power to set interest and exchange rates. By contrast, under a rules-based monetary policy, the relationship between money supply and the exchange rate is determined at the onset, pegged at that rate and has little room to change in the long term.

Interest rates are market determined and no longer the remit of the central bank. A discretionary system has more flexibility whereas a rules-based system has greater stability and predictability. Each of these monetary policy approaches carries advantages and disadvantages.

The discretionary approach A discretionary monetary policy system allows for a fine-tuning mechanism to allow inflation or disinflation in an economy to achieve desired goals. This is the proverbial monetary expansion or contraction.

Switzerland is the best example of a discretionary monetary policy. In a world with high inflation, Switzerland has kept inflation at 2,5%. This is despite the oft cited reasons for high inflation due to global supply chains constraints and the Ukraine war. When other central banks illogically printed money to absorb the Covid-19 pandemic external shock, the Swiss did not print. They had full discretion but chose not to print money.

The approach has led to expansionary monetary policy beyond convention or acceptable norms. The most adverse consequence of this has been record-breaking hyperinflation.

Other examples include Venezuela, Lebanon and Turkey. In these economies, the hyperinflation that has been created by the poor exercise of discretion has dislocated economic fundamentals and led to low production and an increase in extreme poverty.

It goes without saying that hyperinflation is like an addiction. It can only be stopped by going through rehabilitation, and often enough, never taking the substance again – as the examples of these countries show.

The rules-based approach Under a rules-based monetary policy system, the domestic currency is backed by reserves and the exchange rate is set based on the quantum of those reserves.

The best example of a rules-based system was the gold standard where every issuance of currency (currency being a debt instrument) was fully backed by gold reserves that were kept in a vault – hence the saying, “show me the colour of your money”.

One was not concerned about the identity or trustworthiness of the bearer of the currency if the colour of his or her money was gold.

Gold, even today, has a universal standard of uniqueness, scarcity, quality and durability over time society to accept it as money.

Obviously, the world has moved on from the gold standard.

However, the principle and rationale underpinning a rules-based system retains its lustre. In a discretionary system, confidence and trust by the public becomes a critical element in the success of the currency. The Swiss Franc more so than the ZWL. Switzerland has a history of tame and conservative monetary discretion even in the throes of external shocks.

Little wonder, why their financial system invites the worlds wealth successfully. Even with this trust and confidence in the Swiss management, the Swiss hold the highest per capita gold and foreign currency reserves.

Why? Because it is not enough to be trusted and have public confidence in the issuance of currency and monetary policy skill. Currency must be backed up. This was the lesson the 1998 Asian currency crisis taught central banks.

Russian rouble with only two months cover suffered its worst attack. Yet today, despite the war in Ukraine with close to two years import cover reserves the rouble has held its own.

Its gold reserves continue to revalue as commodity prices increase. The lesson here is that even under the best discretionary central banking, rules still provide the necessary comfort. The Zimbabwean dollar has over the years lost all public confidence.

Public confidence is not a switch that can be turned on and off. If it goes, it is extremely difficult to restore.

This is why farmers, civil servants and many other government contractors in Zimbabwe demand to be paid in American dollars.

It does not take a rocket scientist to see that if the Swiss is a 60-70% rules-based system then Zimbabwe must be 100% or more rules and no discretionary until such a time public confidence has been restored.

History has shown that, as long as RBZ is in charge of the RTGS clearing system a formal dollarisation as occurred under the government of national unity (GNU) between 2009-2013 will not work.

RBZ clearing means banks USD deposits of physical cash and notes must be lodged with the central bank. This act of notes and coins at the RBZ vault is not confidence inspiring. So, the public will continue to hold USD cash under mattresses while businesses hold FCAs.

However, the Zimbabwean authorities can make a clean break by legalising a currency board.

How will the board work in Zim? If Zimbabwe is to adopt a currency board, all issued domestic currency will be backed fully by an anchor currency. The anchor currency can be a basket of currency determined and weighted by our trading partners or hard metal commodities like gold, silver and platinum.

It could very well be a combination of the above but essentially every issued domestic money must be fully convertible on demand for foreign currency at a fixed rate that does not change over time.

The currency board will maintain an international account where it stores or deposits all foreign currency receipts as reserves. These reserves are held by South Africa Reserve Bank (SARB), African Development Bank (AfDB), who act as an underwriter for every issued local currency.

They will agree to underwrite full convertibility of the local currency with what is in the reserves. Furthermore, a weekly audit performed by an audit firm confirms that what is in the offshore reserves and in the issued currency.

There is nothing untoward about a country holding its reserves overseas. China, Japan and many others hold reserves in America. It is a confidence boosting measure that allows markets to know precisely the country’s reserves.

This strict rules-based system will, overnight, kill inflation and bring exchange rate stability in the market place. The market will start getting confidence to bank their foreign currency with the understanding that when they demand it back, it is not RBZ that has to perform but currency board reserves held with the SARB.

It will be easy for Zimbabwe to adopt a currency board and reduce the demand for American dollars. Trade with South Africa, China and Africa will occur in rands and yuan for example without the need for USD.

As our exports increase, the money supply in the economy increases but without inflation. This added liquidity will fund domestic industries.

Coupled with a functioning financial system, bank lending will increase from a current US$1billion to US$6 billion. Primarily from increase in USD deposits moving from under the mattress to the formal market.

The attractive high interest rates will cajole foreign investors and foreign capital to invest in Zimbabwe. Exchange rate risk has been determined to be the highest risk consideration to investing in Africa than political risk. It goes without saying that this risk must be the foremost to mitigate.

A currency board achieves this.

Conclusion A currency board is not the panacea to Zimbabwe’s economic ills but it is a necessary first step and the best policy intervention that will start to resolve the currency problems.

It achieves stability and predictability. It engenders confidence in the financial system. When a currency board is implemented, Zimbabweans, for once, will not have to worry about the rate and keeping American dollars. The focus becomes production.