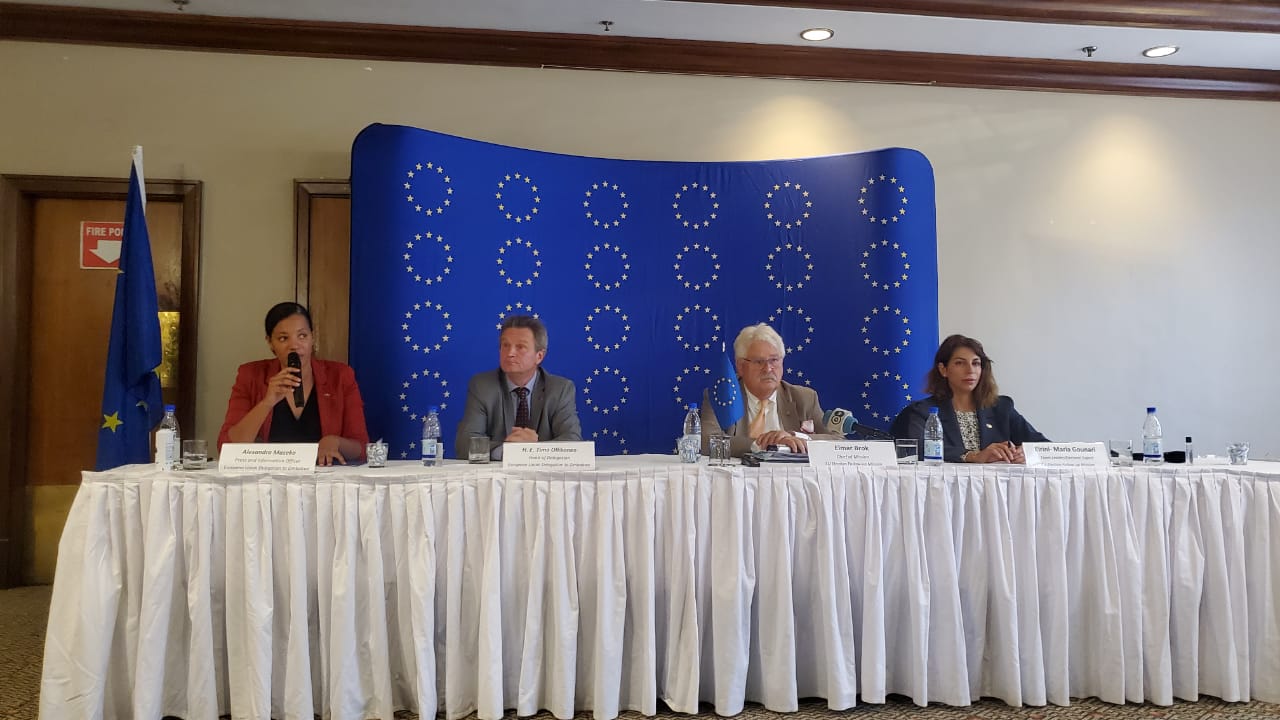 The EU mission made 23 recommendations after the hotly contested 2018 elections, including the alignment of the Electoral Act to the Constitution and ensuring the independence of the Zimbabwe Electoral Commission (Zec).

BY MIRIAM MANGWAYA ZIMBABWE has failed to take steps to implement electoral reforms that would guarantee free and fair elections next year, a European Union observer mission (EUOM) said yesterday.

The EU mission made 23 recommendations after the hotly contested 2018 elections, including the alignment of the Electoral Act to the Constitution and ensuring the independence of the Zimbabwe Electoral Commission (Zec).

In its follow-up assessment on the implementation of the recommendations, the EU noted that progress has been slow, especially as the country is due for polls next year, which will likely produce another contested result.

“To date the progress on the implementation of the EUOM recommendations has been limited, with the majority of the majority of the priority ones not yet adequately addressed,” chief of EU election follow-up mission Elmar Brok told journalists yesterday.

The EU mission met with Zec, civil society organisations, government ministries, the ruling Zanu PF party and opposition political parties among other organisations to check progress on implementation of its recommendations.

“If the authorities and the legislators do not address recurring problems related to vote registration, constituency delimitation, level playing field in the campaign, partisan behaviour of traditional leaders and public administration, freedoms of expression, assembly and of the media, they will undermine progress towards achieving an environment conducive to a greater level of public trust in the electoral process and peaceful elections,” Brok added.

Efforts to get a comment from Justice minister Ziyambi Ziyambi were in vain as he was not answering his phone.

Zimbabweans went to the polls for the first time under COVID-19 on March 26 to fill 28 parliamentary and 122 local government seats mainly because of recalls of MDC Alliance legislators and councillors.

Zec attracted attention over its handling of the polls after data experts unearthed a number of inconsistencies in the voters roll, including fake names and addresses, with critics accusing the elections body of rigging.

The commission disowned its own voters roll, shockingly claiming it had been tampered with.

Analysts said the polls were a precursor to the 2023 elections.

“The election follow-up mission welcomes that stakeholder consultations on some legal reforms have taken place or are ongoing but note with concern that the adoption of important reforms, such as amendments to the Electoral Act, remain outstanding,” Brok said.

“Furthermore, the mission appreciates initiatives made by Zec to increase its engagement … but considers that further determined efforts are needed to fully respond to its role as an independent and transparent election management body.

“This includes that there is more transparency on every step of the electoral process on local, regional and national level.”

The EU implored authorities to reconsider the Private Voluntary Organisations (PVOs) Amendment Bill, saying it will further shrink the democratic space ahead of the polls.

Authorities have defended the PVOs Bill as necessary to regulate the operations of civic society organisations and non-governmental organisations, which it accuses of pursuing a regime change agenda.